The Canary Islands are a Spanish archipelago located off the west coast of Africa.

From west to east the main islands are

The islands' mild temperatures are why they have long been known as 'the islands of eternal spring'.

The mild climate occurs largely because of the islands' location in the path of the Canary current. The Canary current is a cool ocean current which flows toward the southwest.

The islands block this current, so are directly affected by these cooler waters. Temperatures on the islands are usually a couple of degrees cooler than expected at their latitude.

Canary Islands are on the same latitude of much hotter places, such as the Sahara and Mexico, but are cooler because of this current.

Consistent temperatures in the Canary Islands

Year round, the Canary Islands receive warm, sunny weather with an average temperature that ranges from 17°C in the winter to 24°C in the summer. There are rarely major temperature extremes, though it is not uncommon for the mercury to rise above 30°C in the peak of summer, especially in eastern areas.

The islands closer to Africa are hotter and drier than those to the west.

Best Weather in the World?

The Canary Islands are often associated with having the best climate in the world due to their spring-like weather all year round, with an annual average temperature of 21°C (71.6°F).

The Canaries also boast over 3000 hours of sunlight a year and even 4800 hours of daylight, making the islands the sunniest part of Europe, with the highest amount of daylight hours. This is largely down to their location next to Western Sahara and southern Morocco.

Clearest Skies and no Clouds?!

The Canary Islands offer some of the clearest skies in the world due to trade winds and the thermal inversion which prevents cloud formation.

Furthermore, the Canaries are protected by the Law for the Protection of the Astronomical Quality for the Conservatives of the Canary Islands Astrophysics Institute, which controls atmospheric light pollution and even regulates flight routes so the skies are crystal clear throughout the year.

This also means that the Canary Islands are regarded as one of the best places on earth for Astronomy to observe space - they even feature a number of astrophysics observatories.

Across each island, it is generally safe to say that the weather varies from the north to the south. The northwest coasts of the islands are often significantly cooler and wetter than the south coasts, as the northeast is exposed to the predominant northeast trade winds. But the west is exposed to hot, dry winds from the African continent.

The difference in weather conditions from the north to south is most pronounced in the winter when true beach weather can develop in the middle of winter in the south - while it is rarely warm enough to be without a light sweater in the north. Tenerife is a prime example.

As a result, the flora and fauna can also vary from north to south. The north coasts are luscious while the southern slopes are usually sunny deserts.

For hundreds of years, the Canary Islands have been known for the beneficial health properties of their super year-round climate.

Travellers from around the world continue to visit the islands for this very reason, to relax and revitalise. Due to the Canaries' extraordinary climate, long hours of sunshine, fresh sea breeze, warm waters and a natural volcanic landscape, it's one of the best holiday destinations for the whole family.

Not only is the weather in the Canary Islands unbeatable, but it offers a number of super activities for the whole family such as watersports, whale watching, spas, hiking, golf, waterparks and much more.

Each island is also unique in character, from the dramatic coastline of El Hierro Island to the spectacular volcanic landscape of Tenerife, where you will find Mount Teide, the highest mountain in Spain.

Autumn weather in the Canary Islands

In September, the hottest month is in Lanzarote, with highs up to almost 30°C, while the average lows are never less than 20°C when the sun goes down. The next hottest is Gran Canaria, followed by Tenerife.

You still get eight hours of sunshine a day and almost no rain at all in September in the Canary Islands.

What is the warmest Canary Island in October?

The wonderful warm weather continues in October, although temperatures are slightly lower than September. You can enjoy maximum temperatures of around 25°C. The warmest islands tend to be Lanazrote, Gran Canaria and Fuerteventura in October, which are nearest to the Sahara desert.

Which Canary Island has the best weather?

The Canary Islands are blessed with different microclimates, with Lanzarote and Fuerteventura to the east experiencing slightly different conditions to Tenerife and Gran Canaria.

If you're travelling during winter months, Tenerife tends to enjoy higher temperatures than the other islands with an average daytime figure of 22.8°C (73F) - but there isn't a significant difference.

As a rule, the northern areas receive more cloud and rainfall, compared with more sheltered southern coasts of Tenerife and Gran Canaria. Fuerteventura enjoys slightly sunnier conditions to Lanzarote, but the differences are minimal.

Windier regions tend to be Costa Calma in Fuerteventura and Costa Teguise in Lanzarote, although they also enjoy slightly higher temperatures in summer months.

But whichever Canary Island you visit, you're more than likely to find glorious sunshine and warm temperatures.

The winter months last from November to March and are only slightly cooler compared to the summer, but still considered as a paradise compared to most of mainland Europe and North America.

For the best rates, you may want to visit the Canary Islands during November and mid-December as the airfares and accommodation tend to be cheaper, plus it is still pleasantly warm.

The winter months are actually one of the busiest seasons in the Canary Islands as many people vacate to the Canaries to escape the cold, harsh weather back home.

In the winter months, the daily highs are about 17°C and nightly lows are rarely cooler than 8°C. Daily sunshine hours range from an average of six per day in winter, compared to as many as 12 in the summer months.

During winter there are occasional stormy, wet periods as the weather is disturbed by the influence of an Atlantic depression. However, these periods are not overly frequent.

Across the islands the levels of rainfall often differ due to the northeasterly winds, which means on average most precipitation is deposited in the northeast, while the southern areas tend to remain a lot drier and sunny.

For example, in Tenerife, the island receives on average 66mm of rainfall in January, while Gran Canaria is likely to receive 30mm of precipitation.

Are there mosquitoes in the Canary Islands?

Whenever you are travelling to a warmer destination, especially one close to the coastline of West Africa, you must take precautions around mosquitoes, ticks and bugs.

The general advice for those worried about mosquitoes while on holiday in the Canaries is to use insect-bite prevention methods. These include:

(i) A cream to protect your skin, day and night - both repellent lotions and sunscreen.
(ii) Wear lightweight clothing protection where possible.
(iii) Use a bed net whenever you can.
(iv) Cover any food, drink and garbage.
(v) Shoes are handy - both indoors and outdoors.
(vi) Don't forget, some ankle bands, wristbands and neckbands contain repellent.

In the summer months (from June to September) the daily highs in the Canaries generally sit around 27°C.

At night-time, the mercury will fall to about 18°C. Fog and cloud may occur sporadically in the summer months, but summer as a whole is usually dry and sunny. 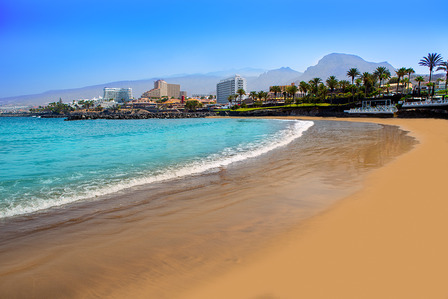 Occasionally, hot, dry air blows from the Sahara desert. This is when the warmest days in summer will occur. Once the wind reaches the islands it is significantly cooler than on the coast of Africa; it cools as it passes over the cold ocean water.

The Canary Islands often experience heat waves during the summer months. In May 2012, temperatures in Gran Canaria exceeded a sweltering 37°C, when at this time of year it is more common for temperatures to hover between 22°C and 27°C.

One of the hottest days ever recorded in the Canary Islands was in Lanzarote on August 6 in 1980, when temperatures reached a high of 43.6°C, which was well above average for the time of year.

When visiting the Canary Islands during the summer season always make sure to top up on water and suncream and stay in the shade.

Which is the windiest Canary Island?

Fuerteventura is regarded as the windiest Canary Island, with a constant breeze especially popular with windsurfers and kiteboarders. Its proximity to the Sahara Desert brings across dry, hot, easterly winds.

Peak season for these watersports tends to be May to September.

Sheltered beaches and lagoons are more protected from strong breezes. The wind conditions of Fuerteventura tend to be more similar to Lanzarote, with lower winds on average in Tenerife and Gran Canaria.

Snowfall is rare in the Canary Islands, but it is not unheard of. In January 2014, snow fell in the area of Las Mesas, found at the summit of Gran Canaria.

Similar weather conditions occurred in high areas of Tenerife, such as Mount Teide, where all access roads had to be closed off due to dangerous conditions. La Palma was also struck by a power failure that lasted a total of two hours at the height of the stormy conditions.

This resulted in the cancellation of ferry crossings and some flights to and from the Canary Islands.

Hundreds of people were forced to evacuate their homes, due to the sudden downpour of rain, which also managed to cut off power and dozens of roads. Wind speeds reached up to 180km/h and over 3000 lightning bolts struck the Canary Islands in a single morning.

The Canary Islands are prone to dust storms, due to their close proximity to the west coast of Africa and Western Sahara. This type of phenomenon can happen at any time of the year, but is most likely during February and March.

The fine sand particles in the wind cause the air to become thick and visibility can be severely reduced to 200 metres or less and is often compared to thick fog, depending on the severity.

Dust storms can also bring along heavy rainfall, immediately afterwards. It is very uncommon for the Canary Islands to be hit by a hurricane, but on November 23 2005, the north of the Canaries was hit by Tropical Storm Delta, where it is estimated that wind speeds reached 124mph in some parts of Tenerife.

It is believed that more than 200,000 people were affected by the storm, as the intense winds cut out electricity in parts of the Canary Islands. The storm later moved on to Morocco, losing intensity. 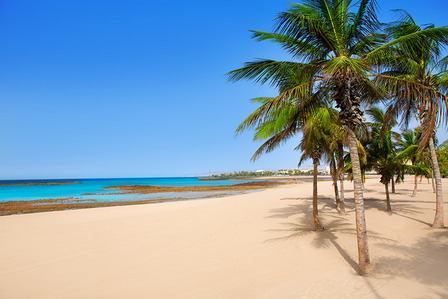