When you think about a summer holiday destination, it's likely that one of the first places to come to your mind is Spain. For many years visitors have been flocking to the sun-drenched beaches of this European hotspot, returning home with an enviable tan, and plenty of memories to smile about.

Packed full of destinations which cater for every kind of visitor, it is entirely possible to span many different varieties of a holiday simply within one, albeit rather large, country.

Spain is famous for its weather, Benidorm, Spanish food, it's football team, Barcelona, and basically being a rather sunny place overall – none of these descriptions are incorrect, and in fact, they are all entirely true! The other major advantage to choosing Spain for your next holiday is that it is so easily accessible, with low-cost airlines heading there.

The weather of Spain is the most diverse in Europe due to its size, coasts and large mountain ranges. The climate changes from north to south as the country spans many latitudes, and the east and west are different again as they are affected by the Mediterranean and the Atlantic respectively. In fact, the temperature records for Spain illustrate the extremes that can be found across the country.

The highest official temperature recorded is a sweltering 47°C in Andalusia in the south central region of Spain. The coldest temperature officially recorded in Spain is -32°C in Lerida, in the Pyrenean region in the north of the country.

On 20 January 2020 Storm Gloria ravaged parts of Spain and the Baleric Islands. 13 people died in the extreme weather surge that caused windespread flooding and and swept away roads. A foot of snow also fell, triggering a rare red weather alert. The ferocious weather saw winds of more than 90mph and waves reached more than 8 metres along the coastline of south-eastern  Spain.

Heat records were broken in several parts of the country in 2020 with Tarragona at the top, where a temperature of 27.9 ° was recorded on February 23. That's the highest February temperature in that area for 100 years.

Despite covering many different types of climate, Spain is nonetheless best known for its Mediterranean holiday resorts, all of which are drenched with the sun in the months between May to October, and offer plentiful beach holiday activities. Whether you choose to head to one of the major resorts on the mainland, or you head towards an island, such as Ibiza or Majorca for instance, during this time of year the entire country is buzzing, with sunshine certainly plentiful.

Of course, it's not just about summer, as the Canary Islands are the place to go no matter what the month of the year, with winter sun a definite in these beautiful and laid-back islands, situated just off the coast of Africa, although belonging entirely to Spain.

You can choose from Tenerife and it's family-orientated fun, Gran Canaria and its plentiful beaches, lunar-like Lanzarote, and the huge sand-dunes of Fuerteventura – these all make up the major islands within this chain, known as the 'Islands of the Enteral Spring', mainly because they are always sunny, always warm, and very rarely wet. For example, Adeje experiences just 41mm of rain during the autumn month of October, giving you an idea of just how different in climate these islands are to the cooler countries in Western Europe at this time of year, such as conditions experienced in the UK.

It's difficult to summarise Spain in a few words because the country is so diverse, but in terms of tourism and holidays, the weather and landscapes cater to every whim. 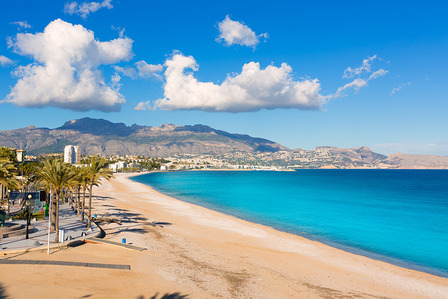 Obviously, the Mediterranean climate makes for fantastic beach time from May until October, in places such as the sunny Costa del Sol, Benidorm, Fuengirola, and other such beach resorts which line the coast. All of these resorts have plenty to keep the kids occupied, which make them ideal choices for family breaks, but they also call out to groups and couples too.

Most resorts have a nearby water-park, as well as the huge Port Aventura theme park, located in Salou. This is a massively popular place to visit, with themed lands, rides, shows, and parades to enjoy. Check out the on-site hotels if you want to stay over and make a couple of days' break out of it, such as the PortAventura Hotel Mansion de Lucy, for a five-star experience in the heart of theme park fun.

Spain is home to some huge cities, namely Malaga, Madrid, and Barcelona, to name just three. Everyone knows about the football in Barcelona and most people who visit simply have to head to the Nou Camp, to check out the stunning stadium and learn about the history of the team. If that's not your bag, then the shopping opportunities are plentiful. The great thing about Barcelona and its stunning architecture is that it is a city for all seasons, still with 6 hours of sunshine during the winter month of January. Sipping a coffee in Las Ramblas is a must do.

Madrid is situated in the centre of the country, and its summers can only be described as blistering hot. If you want to experience everything this cosmopolitan city has to offer, such as visiting the Royal Palace of Madrid, then you may be best heading there towards the end of the year, when you can explore in much more temperate conditions, although still in a very sunny manner, with little in the way of rain. Madrid only experiences around 50mm of precipitation on average during December, making it the ideal destination for some pre-Christmas shopping. 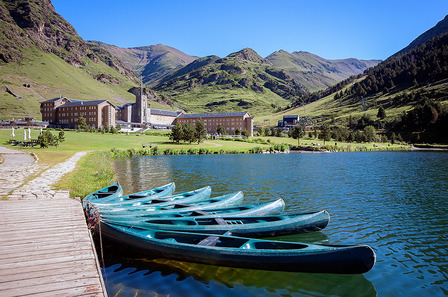 You might only picture sun and beaches when you think of Spain, but ski holidays are extremely popular in the mountainous regions of the country. The Pyrenees form a natural border between Spain and France, with Andorra situated in the middle, and there are countless ski resorts to explore here, with something for every ability level. Check out Baqueria Beret SA for a classy choice. Alternatively, check out the Sierra Nevada Ski Resort, located in the Sierra Nevada mountain range. Here you can try all manner of outdoor activities, including mountain biking, skydiving, and climbing, to name just a few.

Apres Ski in all Spanish ski resorts is iconic, and Formigal is reputed to have the best entertainment in terms of a ski resort in the country. When you combine it with fantastic ski opportunities and accommodation, it's not hard to see why this resort, located in the Aragon Pyrenees, is so popular.

Spain will always be in the top three choices when it comes to picking a summer holiday destination, and there are many winter destinations too, meaning this is truly a year-round destination. Pick the Canary Islands and their endless blue skies during the dark winter months back home, and you will instantly be given sunshine pick me up, or head to Barcelona for a spot of glitz and glamour. During summer, you have far too much choice to write down on paper, and with low costs, ease of travel, a friendly atmosphere, and plenty to see and do, Spain continues to draw visitors in their millions year upon year.

Overall Spain and its surrounding regions experience a wide range of different climates, due to its size, the huge mountain ranges, and the surrounding Mediterranean Sea. However, there are some main climatic regions which can be summarised in further detail: Meditteranean, Semi-Arid, Maritime, Subtropical, Continental and Alpine.

Clickstay offer a wide selection of stunning Spanish villas to suit every budget.