New Zealand's climate is rather compound and differs from warm subtropical in the far north to cool temperate climates in the far south, with relentless alpine conditions in the mountainous areas.

Since the Maori people named New Zealand "Land of the Long White Cloud", the climate has been of vital importance to the people of New Zealand; many of whom make their living from the land. New Zealand has mild temperatures, moderately high rainfall, and many hours of sunshine throughout most of the country. Its climate is dominated by two main geographical features - the mountains and the sea.

Mountain chains expanding throughout the length of New Zealand supply a barricade for the prevailing westerly winds, separating the country into severely different climate regions. The West Coast of the South Island is the wettest area of New Zealand, whereas the area to the east of the mountains, just over 100km away, is the driest.

New Zealand primarily experiences a temperate climate. While the far north has subtropical weather throughout its summer months and inland alpine areas of the South Island can be as cold as -10 ºC in winter, most of the country lies close to the coast, which means gentle temperatures, restrained rainfall, and plentiful sunshine.

Because New Zealand lies in the Southern Hemisphere, the average temperature decreases as you travel south. The north of New Zealand is subtropical and the south temperate. The warmest months are December, January and February, and the coldest June, July and August. In summer, the average maximum temperature ranges between 20 ºC to 30ºC and in winter between 10 ºC to 15ºC. The highest temperature ever recorded in New Zealand was 42°C, in Marlborough, Christchurch, and Rangiora; in Canterbury and the lowest temperature ever recorded was -22°C in Ophir; Central Otago.

New Zealand does not have a large temperature range, lacking the extremes one finds in most continental climates; therefore the country can regularly seem to experience four seasons in one day. The weather can change without warning; as cold fronts or tropical cyclones rapidly blow in. Because of this, travellers should be arranged for unexpected changes in weather and temperature if you're going hiking or doing other outdoor activities.

New Zealand's average rainfall is reasonably high; between 640mm to 1500m evenly spread throughout the year. Over the northern and central areas of New Zealand more rain falls in winter than in summer, whereas for much of the southern part of New Zealand, winter is the season of least rainfall. As well as constructing areas of stunning native forest, this high rainfall makes New Zealand an ideal place for farming and horticulture.

Most places in New Zealand receive over 2000 hours of sunshine a year, with the sunniest areas; Bay of Plenty, Hawke's Bay, Nelson and Marlborough receiving over 2350 hours. 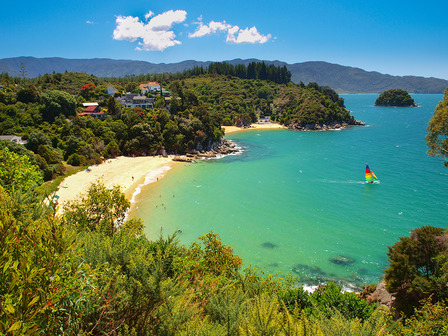 As New Zealand views daylight saving, throughout its summer months daylight can last up until 9.00pm. While summer is sunnier than the other seasons, most regions in New Zealand have a relatively high proportion of sunlight during the winter months.

New Zealand experiences relatively little air pollution compared to many other countries, which makes the UV rays in the country's sunlight very strong during the summer months. The midday summer solar radiation index (UVI) is often very high in most places and can be extreme in northern New Zealand and in mountainous areas. Autumn and spring UVI values can be high in most areas. In order to avoid sunburn, visitors should wear sunscreen, sunglasses, and hats when they are in direct summer sunlight, especially in the heat of the day.

New Zealand's summer months are December to February, bringing high temperatures and sunshine. Days are long and sunny, nights are mild. Summer is an excellent time for walking in the bush and a variety of other outdoor activities. New Zealand's many gorgeous beaches are ideal for swimming, sunbathing, surfing, boating, and water sports during summer. 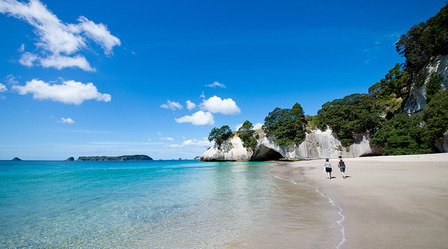 March to May are New Zealand's autumn months. While temperatures are a little cooler than summer, the weather can be excellent, and it is possible to swim in some locations until the end of April. While New Zealand's native fauna is evergreen, there are many introduced deciduous trees. Colourful changing leaves make autumn a scenic delight, especially in regions such as Central Otago and Hawke's Bay, which are known for their autumn splendour.

New Zealand's winter months of June to August bring colder weather to much of the country, and more rain to most areas in the North Island such as Auckland and Hamilton. Mountain ranges in both islands become snow-covered, providing beautiful vistas and excellent skiing. While the South Island has cooler winter temperatures, some areas of the island experience little rainfall in winter, so this is an excellent time to visit glaciers, mountains, and other areas of scenic beauty. 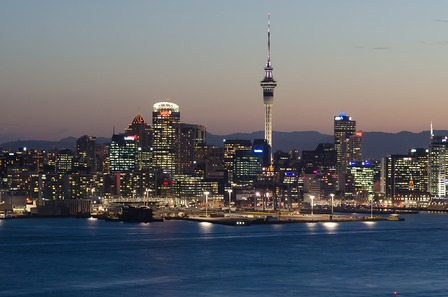 Spring lasts from September to November, and New Zealand's spring weather can range from cold and frosty to warm and hot. During spring buds, blossoms, and other new growth bursts forth throughout the country and newborn lambs frolic in the fields just before dusk. Both Alexandra in Central Otago and Hastings in Hawke's Bay celebrate spring with a blossom festival. If you're into white water rafting, this is the time when melting spring snow makes river water levels excitingly high!