It may be the winter in Santa Ponsa, Spain, but the area enjoys a Mediterranean climate that ensures that the sun is never far away. Santa Ponsa in autumn, and even winter, is a firm favourite among many a British tourist looking to enjoy some autumn sun and nice temperatures on their break. Some of them even choose to make the area the location of their second home. In November, expect nothing other than comfortable and sunny days with the occasional rainy spell. With a reputation for providing uninterrupted sunshine, Santa Ponsa is an ideal holiday location.

November days are 13°C warm on average, much warmer than the typical November day in Great Britain. Even though that is a five-degree drop in average temperature since October, the days are still relatively warm this time of year. It's not until December that the days get chillier. The evenings and nights get cool, though, so you might want to pack a jacket to wear on evening strolls along the beachfront. The average nighttime temperature is 8°C, which is comparable to April. During the day, the mercury climbs to 18°C on average, without question a pleasant temperature for late autumn. Both lows and highs decrease in the course of the month. November 1 is the warmest day of the month with a low of 11°C and a high of 21°C. November 30 is the coolest day with a low of 7°C and a high of 17°C. The sea temperature averages 19°C in November, which is the sixth-warmest of the year. Warm-blooded visitors can still enjoy an afternoon dip in the Mediterranean Sea this time of year. 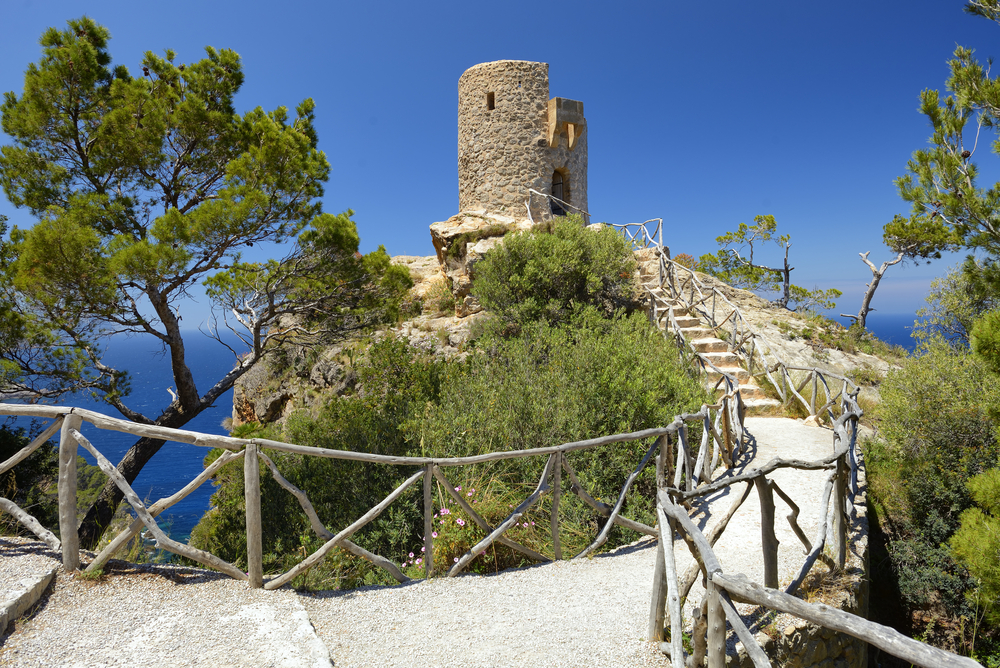 There are 7 hours of sunshine per day in Novemberhe same number as January and February and one degree more than the annual minimum of 6 hours in December. This is a one-hour drop since October and three whole hours fewer than September. There are a couple of reasons for this decrease in sunshine.

The first one is the shortening of the days in the course of the month. November 1 has 10.30 hours of daylight, while November 30 has only 9.36 daylight hours left, a loss of 53 minutes. The second reason is the high level of cloud cover. Cloud cover averages 43% in November and doesn't change much throughout the monthn fact, it will remain around this percentage for the following five months.

When it comes to rainfall, November is the third-wettest month of the year, after the two previous ones. The total amount of rainfall is 47mm and there are 7 days of precipitation. The probability of rainfall is essentially constant throughout the month and ranges around 39%, which is the highest chance of rainfall in the whole year. Historically, November 10 has the highest chance of seeing a rain shower or thunderstorm. Moderate rain is the most common type of rainfall, occurring on 42% of the days with rainfall. Thunderstorms happen on 23% of those days. Drizzle and light rain are observed respectively on 16% and 14% of the days with precipitation.

Globales Santa Ponsa Park is next to beautiful Santa Ponsa Beach and is part of a holiday complex that includes two other hotels in town. There are three different poolsndoor, outdoor and children'sennis courts, saunas and hot tubs, various sports such as petanque, ping pong, water polo and darts, a kids' club, a bar and lounge, a poolside bar and a pizzeria. This large hotel has 241 double rooms and 28 single rooms.

Deya Apartments lie within easy reach of Santa Ponsa Beach and are a popular place to stay among young travellers. The complex consists of 158 rooms with satellite TVs, fridges and kitchenettes. Other facilities include a large solarium, a children's pool and an outdoor pool, a pool bar, and a lounge bar. Entertainment is on offer day and night.

Restaurant S'hort is at the Santa Ponsa Country Club and serves extraordinary meals. This is fine dining at its best, a great place to come for families, couples and larger parties. They can also host meetings, receptions, birthday parties and other kinds of celebrations.

Another excellent restaurant is Miguel Restaurant. This one focuses on seafoodts specialties include lobster, paella, octopus, prawns and sea bass, just to name a few. Definitely make sure to save room for one of their delicious desserts. The menu comes in no less than ten language!

A day trip to the town of Palma de Mallorca is absolutely recommended in November, when the temperatures have dropped and the rain clouds have moved in. There will still be plenty of time to spend outdoors, but the beach weather is now a thing of the past. Visiting the capital city of Majorca makes for a fantastic day activity. The town offers beautiful historic architecture, including a cathedral, plazas and an old citadel. It's a wonderful place to simply stroll around inhere are plenty of shops and eateries as well.

Another suggested thing to do is renting a car and going on a scenic drive around this stunning island. The island is covered by a network of picturesque country lanes that run through mountain ranges, past gorgeous villages and along the beautiful coastline. Seeing everything in one day is impossible, but a day-long road trip will definitely give you an impression of what Majorca is all about. Going on multi-day road trips is, of course, entirely possible as well!