India lies in southern Asia and is currently the second most populated country in the world and steadfastly increasing in economic power, despite the high presence of severe poverty and malnutrition in parts.

In the south of India, you will find the Indian Ocean coast, in the west, the Arabian Sea and the Bay of Bengal lie in the East, together these 3 water masses make up 7517 kilometres of coastline.

The climate in India is predominately influenced by the Himalayas and the Thar Desert which together drive the alternating monsoons which drive the weather changes in India.

India can basically be split up into 7 different climatic regions which play host to 4 different climates. As you move around India you will find a variety of weather conditions ranging from tropical wet to tropical dry and subtropical humid to montane.

Extending from 8 degrees north to 33 degrees north and with a wide variety of terrain, it is understandable why such a variety of weather conditions prevail. India is home to the highest mountain range in the world- the Himalayas, so here you will find permanent snowfields that are frozen year in year out. As you move south and head toward the tropical coastlands you will find conditions that are fairly typical of a tropical climate. In the vast plains of the Ganges valley, summers can get unbearably hot and even in the winter months the conditions stay fairly warm.

As a whole, India's climate is driven by the Asiatic Monsoon system which differs from any other weather system in the world in that the winds which determine the climate are ever changing from year to year, and there is no predictable weather pattern from year to year as the prevailing winds can change direction at any point in time.

JUNE to OCTOBER is when the south-west monsoon comes through India. In different parts of the country, the monsoon will come in at later periods, though on average it will hit in about June. During this time, in the mountains, very heavy rainfall is recorded.

The NORTHERN MOUNTAINS, in the Himalayas and at the foothills, you will find rainfall throughout the entirety of the year and some light snowfall come the winter months. Here the South West monsoon burst comes in about July and will last through until October.

Winters in this region are pleasant and fairly cool at the low levels, though conditions increase in extremity as you move to higher elevations.

An old white Buddhist stupa against the background of the snow-topped Himalayas.

The NORTHERN PLAINS extend from Punjab through to the Ganges delta. This region is low lying and in parts of the west, the terrain and the weather verges on the desert like. Here, particularly in summer, the conditions are hot and somewhat uncomfortable. From March to June it is generally completely dry with no relief from the blistering heat.

When the 'monsoon bursts' (as they say in India) come July, there is little relief from the heat. While the temperature does drop slightly when the rains come, the increase in humidity makes the conditions just as unbearable as in the hottest months. As you move further east the rainfall begins to decrease and you hit more arid conditions, particularly west and North West of Delhi.

If taking a look at the lowlands a good comparison to make is between Calcutta, which lies in the west East and New Delhi which is located in the dry west.

Calcutta is located in the east of Indian upon the east bank of the River Hooghly. In April and May, the average maximum is a blistering 36 degrees, and the minimum only falls to 24 and 25 degrees respectively come sundown. However, as Calcutta is 'cooled' by the presence of the Bay of Bengal, the temperatures here are actually quite a bit cooler than what the residents of New Delhi suffer through in the height of summer, before the onset of the south-west monsoon.

In May and June in New Delhi, the average maximums sit at 41 and 39 degrees respectively. In May on 13 mm of rain falls, on average (see here for rainfall chart for New Delhi) so there is very little relief from the heat. In June rainfall picks up to 74mm, before peaking at 180mm by July.

If you compare this rainfall to Calcutta in the wetter east coast, May sees rainfall of 140 mm, June picks up to 297mm on average for the month before seeing over 300mm monthly throughout July and August. See here for average rainfall in Calcutta.

New Delhi sees slighter more hours of daily sunlight than Calcutta, however, while temperatures across the year are much higher in the west, the humidity in Calcutta in the east is considerably higher.

Here you will find a narrow coastal plain which has the steep Western Ghats mountains rising behind the plain. Here rainfall is abundant and can be quite heavy at times, particularly during the south-west monsoon.

Mumbai (formerly Bombay) is located in this region, and conditions here are fairly indicative of what weather prevails at sea level. The weather in Mumbai is tropical and is home to two seasons- both of which are fairly enjoyable. Mumbai is known for its high standard of living and business opportunities, as well as being the homeland for 'Bollywood' – the Hindi film and television industry. Mumbai attracts immigrants from all over India as well as the world, so as a result, it is an interesting and multicultural city.

The humid season in Mumbai is between March and October and is characterized by high humidity and temperatures over 30 °C. The average high during April, May and June is 32- 33 degrees and the minimum only falls to 26-27 degrees. Rainfall is at its highest during June and July, particularly in July when average precipitation for the month is an astounding 617 mm! This is as a result of the monsoon rains which from June to September lash the city and result in most of the city's annual rainfall- 2,200 millimetres. On the 26th of July 2005, the highest ever rainfall recorded in a single day fell when an astonishing was 944 mm in a single 24 hour period.

The dry season in Mumbai, typically from November to February, sees moderate humidity and warm to cool weather. From January to February, cold northerly winds bring a mild chill through the area. Average minimums during this time are still a pleasant 19 degrees, maximums sit at about 29 degrees and rainfall is only about 2.5mm per month. Daily sunshine during this time is about 9 to 10 hours, which is a stark contrast from the 2 to 3 hours of sunlight during the cloudy months of July and August!

THE RAJASTHAN DESERT is dry and, well, desert-like. In almost all parts of this region rainfall is below 500mm annually and in some parts no more than 250mm of rain will fall in an entire year. In the hottest time of the year, from May to July, this region is in fact one of the most excruciatingly hot places in the whole world. Even when the south-west monsoon comes there is little temperature difference and instead, it brings high humidity which makes for very oppressive conditions- particularly in July, August and September.

THE SOUTHEASTERN COASTLANDS don't witness their main rainfall until well into October, and they last through until December. This region is prone to tropical storms and cyclones that develop over the Bay of Bengal. Like many places in India when the south-west monsoon bursts, temperature and humidity increases and light clothes are a most in order to stay comfortable in the unpleasant conditions.

The southern coast was hit by the 2004 Boxing Day tsunami which killed 10,136 people across the country- with hundreds of thousands left homeless. In Tamil Nadu which is on the eastern coast, 7,960 alone were killed and 500, 000 were evacuated from the area.

The tsunami was triggered by an underwater near the Indonesian island of Sumatra which registered 9.0 in moment magnitude, making it the biggest earthquake in four decades.

The ASSAM region, in the very northeast, is almost completely detached from India by Bangladesh. The conditions for Dhubri are the more representative of what weather prevails in the lowlands here.

It is cooler here than in other parts of India, in the hottest months of May to September the average maximum sits at about 30 degrees, though humidity can be quite uncomfortable during this time- particularly in the mornings when average relative humidity is about 90%! June is the wettest month, averaging 605mm of precipitation. Which falls across 18 days of the month. December, January and February average only 1 (if that) days of rain for the month and less than 10mm of rain will fall across each month. 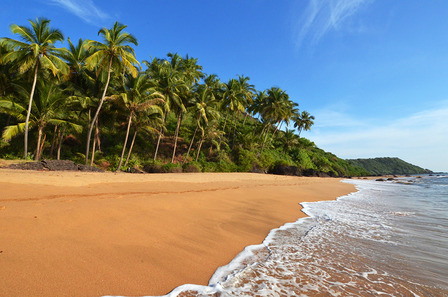