In Panama Canal, one thing that you can be sure of is that the weather will always be consistent. This is especially true when you look at the temperature, as the climate is very steady all year round in this sense. The daily averages only change by a matter of a few degrees, and even the range of highs and lows never changes much. For this reason, it is considered sensible not to measure Panama's climate in terms of normal seasons like summer and winter, but instead to look at the dry season and the wet season.

The rainfall is the one variable in which you will see considerable change in the seasons. Huge storms can sweep in during the wet season, in great contrast to the hot and dry months of the rest of the year. For this reason, tourists often like to visit during the dry season, so that they can explore without having to take shelter. This means that the beaches and tourist hotspots will be busier at this time of year. Those who wish to make a compromise will find that many months in the wet season have a lower amount of rainfall which could still make a holiday very enjoyable. 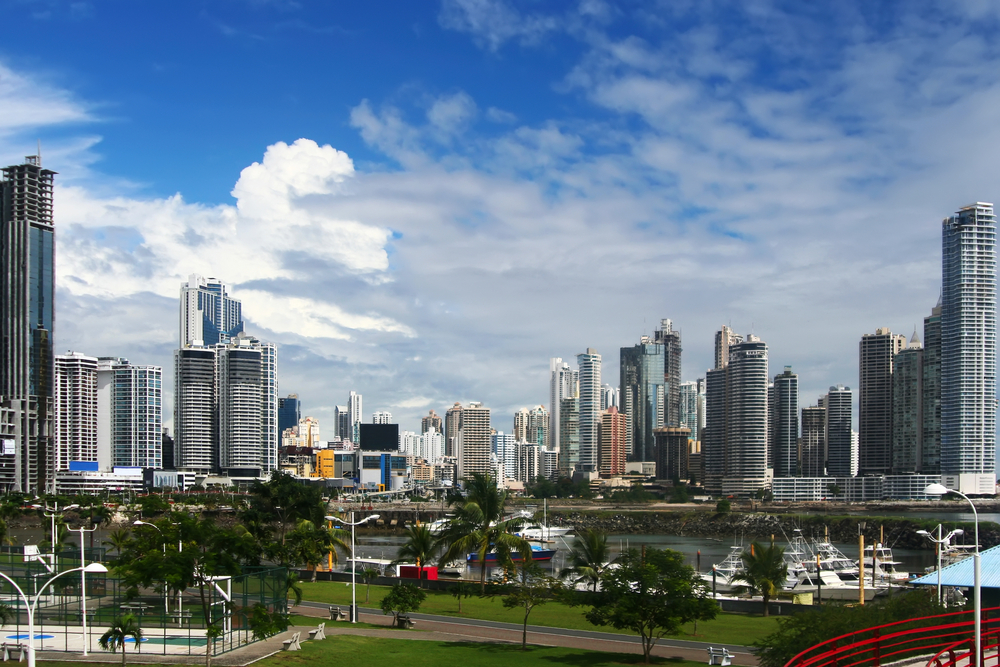 The modern skyline of Panama Canal

The dry season is the shortest part of the year, unfortunately covering just the months of January, February, March, and April. Outside of these months, the rainfall can be easily four times what you see at this time of year.

Dealing with the rainfall first, we can see that the average amount coming down does vary from month to month. January sees 68mm, while April bookends the driest months with 99mm. These two figures are still very low compared to the rest of the year, but March and February are lower still. 32mm is a very good figure for February, but March takes the crown of being the driest month at just 31mm. The best news is that the rain also takes up very little time in the month only seven days in April, and less in all of the other months. This means that you could actually feasibly have a week-long or even two-week holiday without seeing any rainfall at all.

However, what this does mean is that there is no real respite from the heat. Temperatures remain high and fairly consistent all season, with a daily average of 27°C in January rising to 28°C in February, and then to 29°C by April. During this period, highs range from 33°C down to lows of 23°C a 10 degree difference! The average sea temperature remains steady at 27-28°C.

The longest days of the year are in February, with an average of 9 hours of sunshine a day. This goes down to 8 in January and March, and April sees 7 hours a day. This means that there is quite a lot of difference in the amount of daylight you will find. Looking at the data in terms of temperature, rainfall, and length of days, it does seem as though February could be the best month to visit. 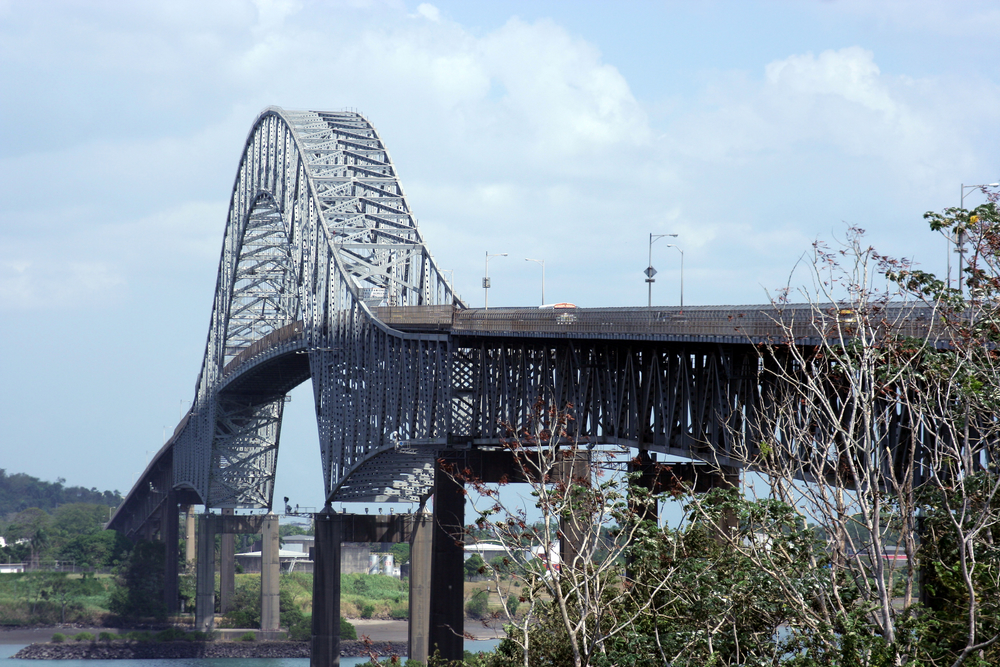 Bridge of the Americas on The Panama Canal

When you enter the wet season, be prepared to see a drastic change. Actually, the daily temperatures do not see much variation, although the hottest point of the year has now passed. Instead, it is the rainfall which changes. It is usual for around two weeks or more out of every month to be taken up with rainfall, so you will certainly need to pack wet weather gear if you are planning to visit at this time. For the first five months of the rainy season, the water dropping is more or less steady: you will see 279mm in May, then 272mm in June, followed by 282mm, 276mm, and 280mm in September. After this is when the real change comes. 310mm falls in October, followed by a massive 401mm in November! Visitors at this time of year can expect huge rainstorms to interrupt their daily activities and excursions.

Average daily temperatures will drop steadily but very slowly throughout the year. Starting in May at 28°C, they continue onwards to 27°C in July, before heading down to 26°C in October. They then remain steadily until the end of the year in December. Highs and lows throughout this time do not change much, with only the slightest movement in relation to each drop in daily temperature. They range from a highest possible 32°C, down to a lowest possible 22°C again, a ten degree difference. This is one of the areas in which Panama Canal remains consistent, even though the weather can obviously be very changeable due to the storms and the short days.

The water temperature does not change too much: from 29°C in May, to 28°C in August, and down to 27°C in December, it is still a warm sea for you to swim in. The days do get shorter, however. There are 7 hours of sunshine in July, and 5 in November, with the other months all seeing 6 hours a day. This means planning will need to take into consideration both the level of light available and the weather forecast for rain. 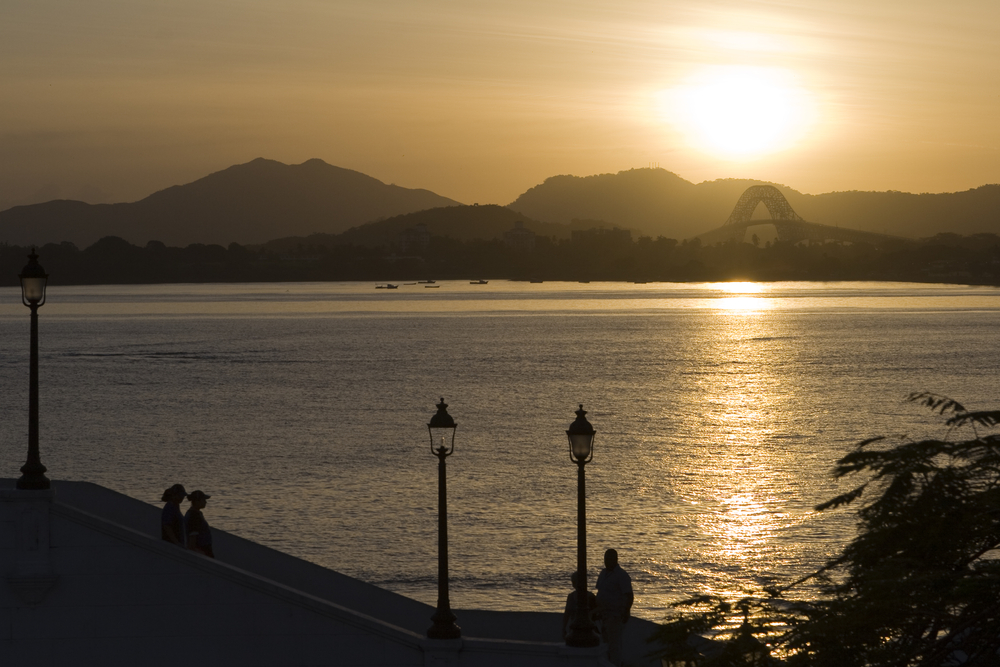 Because the sea temperature is, by and large, the same year-round, you might think there is nothing to worry about in terms of weather hazards. You will still need to look out for rough seas, however, and should particularly avoid the water during a rainstorm, in case of lightning or strong winds. Heavy thunderstorms can cause flooding, particularly during September through to November, which disrupts tourism and can cause major damages. Similarly, there can be some risk of drought if the dry season extends farther than normal.

However, outside of the storms, there are not many hazards to be found in Panama Canal. The main thing is to ensure that you are always protected from the sun, as sunburn or sunstroke can be common in tourists. If you would like to find out more about how we calculate these statistics please visit our averages page.