Ayia Napa lies near Cape Greco on the eastern side of Cyprus.  Lying just south of Famagusta, Ayia Napa has an enjoyable Mediterranean climate with long warm summers and short mild winters. Officially, it has a semi-arid steppe climate.

Ayia Napa was a small fishing village back in the day, but it has changed dramatically in the course of recent years. The town has grown into one of Europe's biggest clubbing districts with an ever-expanding music scene. Many of the world's top DJs play regularly in the beachside venues, which include some of Europe's premier nightclubs. It now welcomes no less than a quarter of a million clubbers each summer.

Ayia Napa is home to superb golden sand beacheshe most famous being Fig Tree Bay. It's not all parties and explosive nightlife though. The town also has a rich heritage and an array of cultural activities if you care to search. It is best to visit off peak if this is really the reason you're going to Ayia Napa. Cape Greco lies to the east, a place where you can jump from the rocks into the crystal ocean (albeit at your own risk!), a particularly enjoyable experience if you dare as the ocean is only a few degrees cooler than the air temperature.

If you're looking for up-to-date weather information for Ayia Napa, you should definitely take a look at the weather forecast.

The peak summer months, which also experience the largest influx of tourists, see average daily highs of 32°C, while the shoulder summer months of June and September see a slightly cooler, but still very hot, high of 30°C. The average temperature throughout the season is about 25°C to 26°C, and it tends to fall to a pleasant 20°C at night.

Rain is virtually nonexistent during the summer months. Although June very, very occasionally receives a small sprinkle, rainfall is typically a winter affair. Although all months are bone-dry in Ayia Napa in summer, it is August that wins the trophy for being the absolute driest. During this month, the chance of experiencing rainfall is merely 2%, which is essentially nothing. Cloud cover is virtually non-existent in summer as well.

Because of the amazingly clear skies, summer is also the time of year with the most sunshine. Total daily sunshine hours vary from 12 in September to an amazing 14 in June and July. August sits in between with 13 hours of sunshine per day.

Sea temperatures are highest in summer as well, with peaks up to 28°C in August and September. Summer is a magnificent month to visit the resort if you're looking to go sunbathing and taking part in water sports. 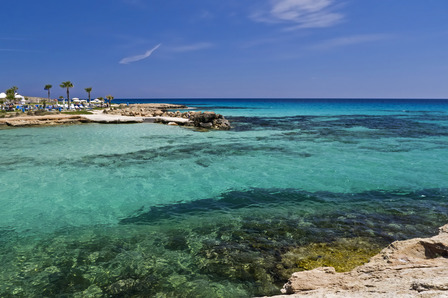 October has an average high temperature of 27°C, which falls to 22°C by November. October is a great time to visit as daytimes are gorgeously hot, while night times, with temperatures falling to 16°C, are refreshing without being cold. November is much the same but slightly cooler.

Rainfall increases throughout the autumn season but not enough to worry about. Although November receives 43mm of precipitation in total, showers are short if quite heavy and shouldn't disrupt your stay for long. In the entire course of autumn, you should expect no more than 10-11 days with precipitation. Related to that increase in precipitation, cloud cover also rises in the course of the autumn season. This, combined with the shortening of the days, causes a decrease in daily sunshine hours. October has 10 hours of sunshine per day, while November has 9 hours.

In autumn, even the sea temperatures are still comfortably warm. In fact, October has the fourth-warmest sea temperature in the whole year, after the three previous summer months. The water averages 26°C that month. In November, too, the Mediterranean Sea is warm enough to swim in, averaging a temperature of 23°C. 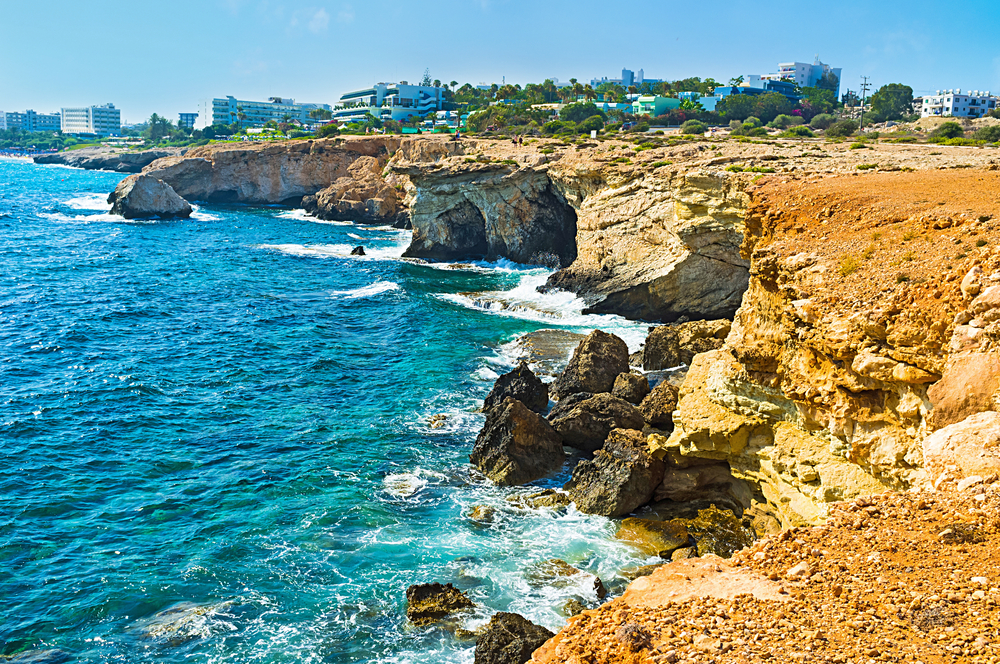 December experiences the most rain of the year, averaging 80mm in the course of the month, which is by far the most precipitation of any month in the year. January and February, respectively receiving 62mm and 52mm of rainfall, are the second and third-wettest months. Each of the three winter months has around 10 days with precipitation. The chance that it will rain is highest throughout January, when it averages 43%.

The average daily temperature in December is 14°C, before cooling down to 12°C come January and February. Evenings can get chilly and you'll need a coat to stay warmhe average minimum for the winter months sits at 7°C to 8°C. Daytime highs don't fall below an average of 16°C and sunny days can see it soaring up to 18°C, even in the heart of winter.

The whole of winter is prone to wet and windy weather with sunny intervals. Sunshine levels remain good at a minimum of 8 hours per day in December and January, although January is the cloudiest month of the year, with 47% of cloud cover. These numbers are, in fact, extremely re-assuring, especially when you compare them to other, more northerly destinations in Europe.

Ranging around 17°C, the Mediterranean Sea is coldest in February and March.

In the spring months, average temperatures start off at 14°C in March before rapidly rising to an average of 21°C by May which experiences peaks of 26°C. March is the wettest month in spring, after which it dries out significantly; rainfall drops to minimal levels by May. Spring is generally warm and bright, though the weather can be a little unpredictable, as can be expected from any spring in Europe.

Precipitation levels decrease greatly in the course of the season. March has 42mm of rainfall in total, but by May that number has dropped to merely 9mm. The number of days with rainfall per month falls from 9 to 3.

The shoulder seasons of spring and autumn are enjoyable times to visit Ayia Napa as it is less crowded and not uncomfortably hot. Spring sees slightly more rain than autumn and autumn is generally a touch warmer. If visiting in spring or autumn, May or September would be the best times to visit (though September is really considered to be the fourth month of summer).