Puerto de Pollensa is a small resort town located on the bay of Pollensa on the north eastern side of Majorca.  It is one of the most northern resorts on the island and is located less than one hour from the island's capital of Palma.

With year round pleasant weather, Puerto de Pollensa has a typical Mediterranean climate which makes it a perfect holiday destination. The summers are warm and dry and the winters are mild without too much rain, meaning visitors from northern European destinations choose to travel to the resort at all times of the year. 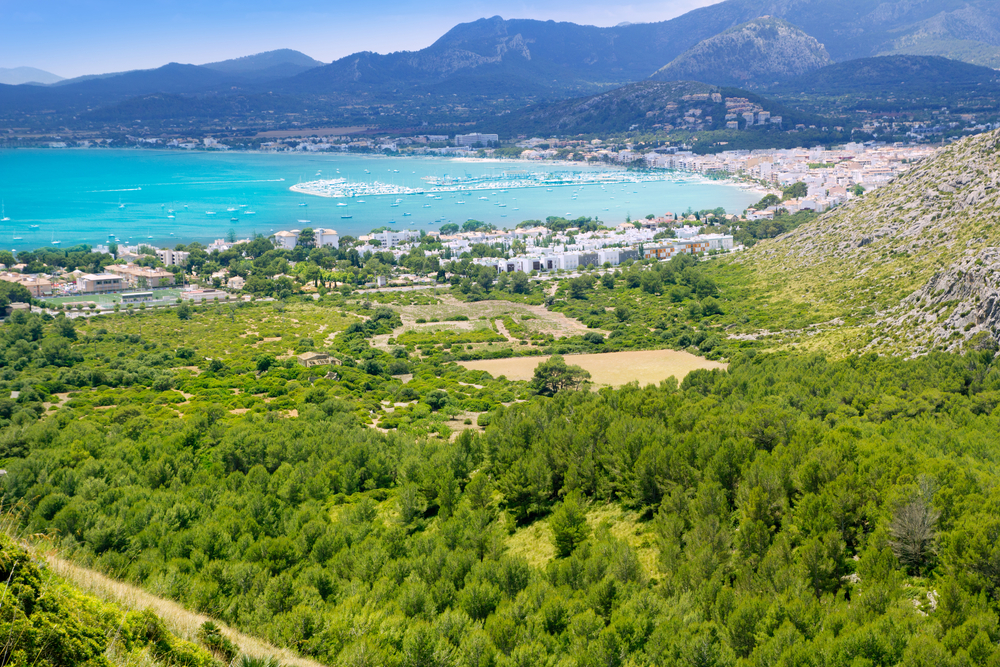 Spring lasts from March to May in Puerto de Pollensa and it is generally starting to heat up as summer approaches, although there are still some cooler days. It is advisable to pack a light jacket in spring as temperatures can drop to 5°C at night in March and 8°C in April. During the day though average temperatures are around 14°C in April and 18°C in May, with plenty of sunny days and highs of 19-23°C. April sees 7 hours of sunshine a day while May increases to a lovely 9 hours, perfect for getting out and about.

Spring in Puerto de Pollensa still has a good chance of rain, with an average rainfall of above 30mm across about 11 wet days per month during the season, but it will soon be easing off and checking the forecast will guarantee you won't get caught in a shower.  There are generally fewer tourists in Puerto de Pollensa during the spring months, making it a great time to visit for those who prefer a quieter, relaxing holiday. 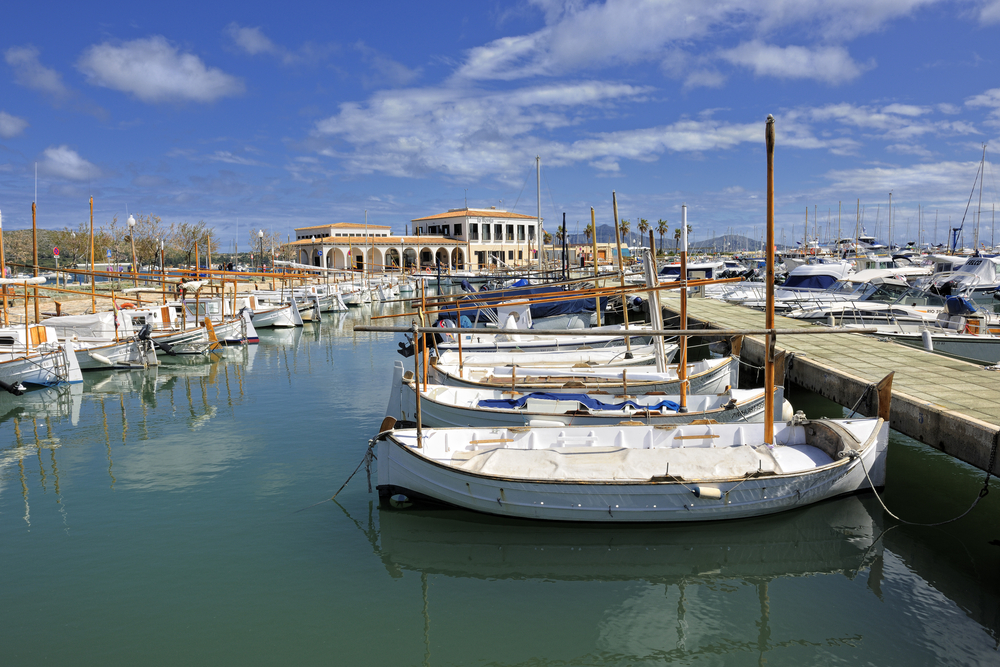 Boats at the Port of Pollensa

The summer months in Puerto de Pollensa are characteristically hot and sunny, with an average of 10 or 11 glorious hours of sunshine a day. From June, temperatures reach highs of 27°C, with an average temperature of around 22°C, rising to an average of 24°C in July and 25°C in August. By July the high temperature is 29°C and the hottest time of the year is mid-August with highs regularly reaching 30°C. It is best to pack sun-lotion, a hat and sunglasses at this time of year and stay in the shade to avoid the midday sun. Temperatures start to drop again towards the end of summer, with September having daily averages of 21°C so this may be a better time to visit if you aren't a fan of such heat.

Summer in Puerto de Pollensa sees significantly less rainfall than the rest of the year and is general fine and dry. The driest month of the year is July which has just 9mm of rain spread over 4 days that's just an 8% chance of rain. June and August are much drier than the rest of the year too. At this time of the year, the beaches are a popular destination for tourists who want to soak up the sun and splash around in the sea, with sea temperatures between 24°C and 25°C. On the warm balmy evenings of summer in Puerto de Pollensa, the streets are filled with visitors wandering around the marina where the yachts are docked, through the pavement cafes and along the famous Pine Walk. 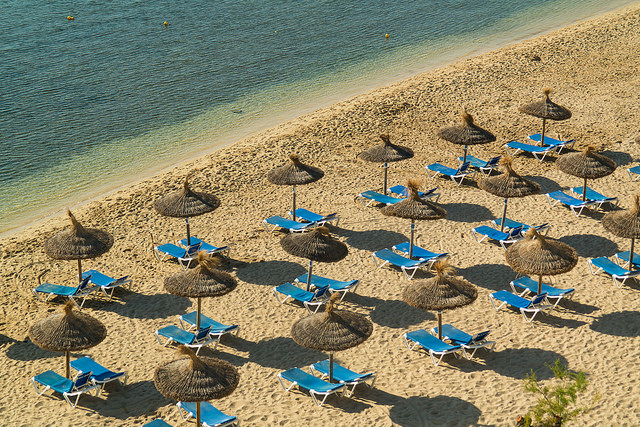 During autumn in Puerto de Pollensa, you will find yourself still soaking up the sun, enjoying the many cafes and restaurants around the resort in temperatures of up to 23°C in October. With 6 hours of sunshine per day this is vast improvement on northern European destinations at this time of the year. Even November has an average daily temperature of 13°C and highs of 18°C. Visitors can make the most of the lingering sea temperature too, as the water around the bay stays between 19°C and 22°C through the autumn months.

Rain in Puerto de Pollensa is scarce and it is generally fine and dry across all of the seasons, however autumn will see the greatest rainfall of the year. September has an average of 50mm of rain spread over 8 days while October will see the greatest amount of the year with an average of 63mm and 12 days of rain. You may get caught in a light shower in autumn, so remember to pack an umbrella. 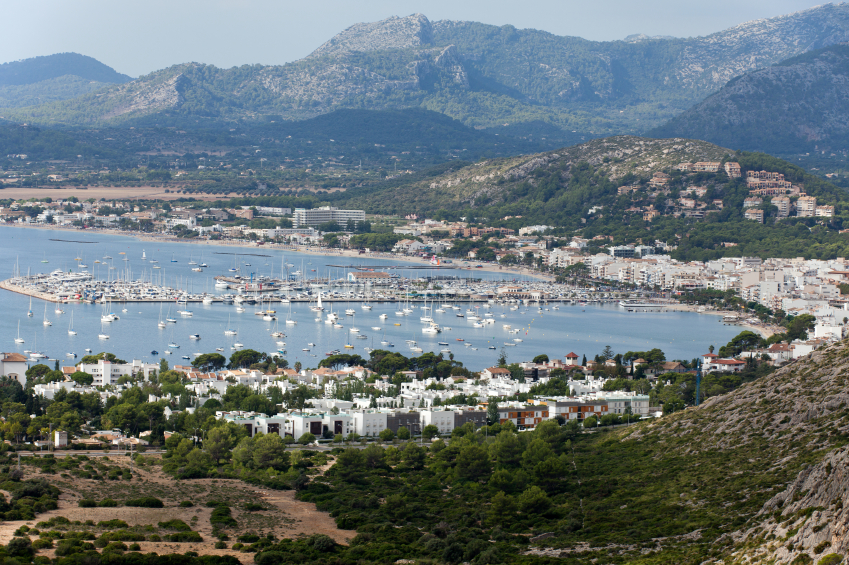 While winter is the coldest season in Puerto de Pollensa, the weather is still relatively mild between December and February. The temperature rarely falls below 9°C in the winter with an average temperature of 10°C in December which falls to 9°C in January and February. If you're lucky, you can see highs of 14°C or 15°C. You may need a light jacket if you're outside in the evenings though, as night temperatures can fall to 4°C in January. Puerto de Pollensa in winter is perfect if you prefer cooler temperatures but want to escape snow and freezing weather.

The chance of rain in winter drops from the wet autumn season, with 37mm in January and 35mm in February. With around a 30% chance of rain, it is still advisable to pack an umbrella if you're travelling in winter. Winter is the quietest season in Puerto de Pollensa. The resort is much less busy than the peak summer months, so if you're looking to avoid the crowds and enjoy a peaceful break, December is the perfect time to go although you might not want to try swimming, as the sea is a chilly 15°C at this time of the year!

If you'd like to know more about how these weather averages are calculated go to this page.