The latest and today's weather in Marseille , France updated regularly

Marseille, located in the Provence region of France, benefits from a Mediterranean climate of hot summers, mild winters, plentiful sunshine and infrequent rain.

Marseille's exceptional climate arises from its situation on the Mediterranean southeast coast of France, and from the protection of surrounding hills. The sea and mountains help to moderate the heat of the summer and the cold of the winter. However, Marseille is in the path of the Mistral, a bitterly cold wind originating in the Alps, most often observed in the winter and spring, and also the Sirocco, a hot wind from the Sahara, sometimes bearing sand. This occurs, very rarely, in the summer months.

The Calanques, which Marseille is part of, are somewhat similar to the fjords in Norway, and are fascinating to explore and popular with climbers. They stretch from the small eastern fishing village of Callelongue all the way to Cassis and receive the driest weather in France. In the winter, the Calanques are subjected to the harsh Mistral wind, ruling out a climbing trip, and in the summer, south facing areas suffer nearly unbearable heat due to the lack of water so spring and autumn may be the best time for a visit.

The Frioul Islands off Marseille's coast have an arid microclimate resulting in rare floral species. The four islands, Pomègues, Ratonneau, If and Tiboulen, are designated conservation sites and serve as a shelter for numerous marine birds and biological aquaculture. Toulon, to the east of Marseille is the windiest city in France with 115 days a year of strong winds. It is also the sunniest and receives almost 2,900 hours per year.

You can check the weather forecast for Marseille on this up-to-date page. 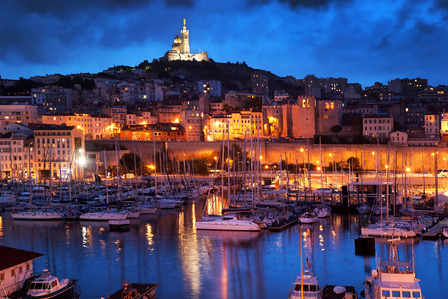 Spring commences in March in Marseille. This is the first month of the year that sees the average temperature rise into the two digitst's at 11°C. By May, it will have increased significantly more, averaging 18°C. Afternoons are always comfortable, the temperature ranging between 15°C and 24°C, while you might need a light jacket at night, especially in the beginning of the season. The sea temperature is at its annual low in March, but increases in the course of spring, hovering around 17°C. It will be enjoyable again by June.

Precipitation is relatively high in spring. The total amount of monthly rainfall averages between 40mm and 50mm during the whole season before dropping greatly once summer arrives. April is one of the wettest months of the year with 10 rain days.

In terms of sunshine, spring starts off moderately with 6 hours per day in March. The season ends with plenty of sunshine in May, averaging 9 hours of sunshine per day, which makes it the fourth sunniest month of the year, after the following three summer months. 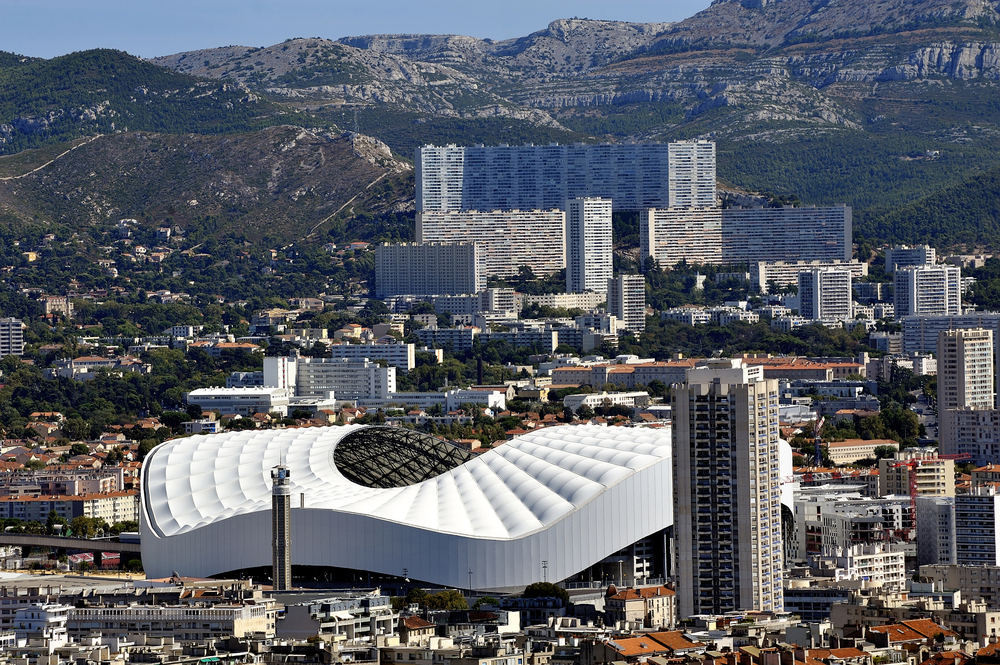 Marseille's summer is long, hot and dry with average high temperatures in the high-20s starting in June right through September. The hottest months are July and August which see average highs of around 29°C. The evenings often remain in the mid-20s which can be either idyllic or uncomfortable depending on your level of acclimatisation. These temperatures have led to the celebrated culture of pavement cafes and outdoor dining typical of the Mediterranean. Afternoon naps are also quite perfect for avoiding the hottest time of the day.

June and July are the driest months of the entire year, receiving no more than 20mm and 10mm of rainfall respectively. August and September are only slightly wetter, still far below the average monthly amount of rainfall. The rain in Marseille is infrequent, but highly unpredictable and occurs in short, torrential downpours. Sunshine is plentiful this time of year, ranging between 10 and 11 hours per day in June, July and August and averaging 8 hours in September.

The Mediterranean Sea is at its warmest in August and Septemberhis is when you can enjoy water temperatures averaging a comfortable 22°C, allowing for refreshing dips in those hot summer afternoons. 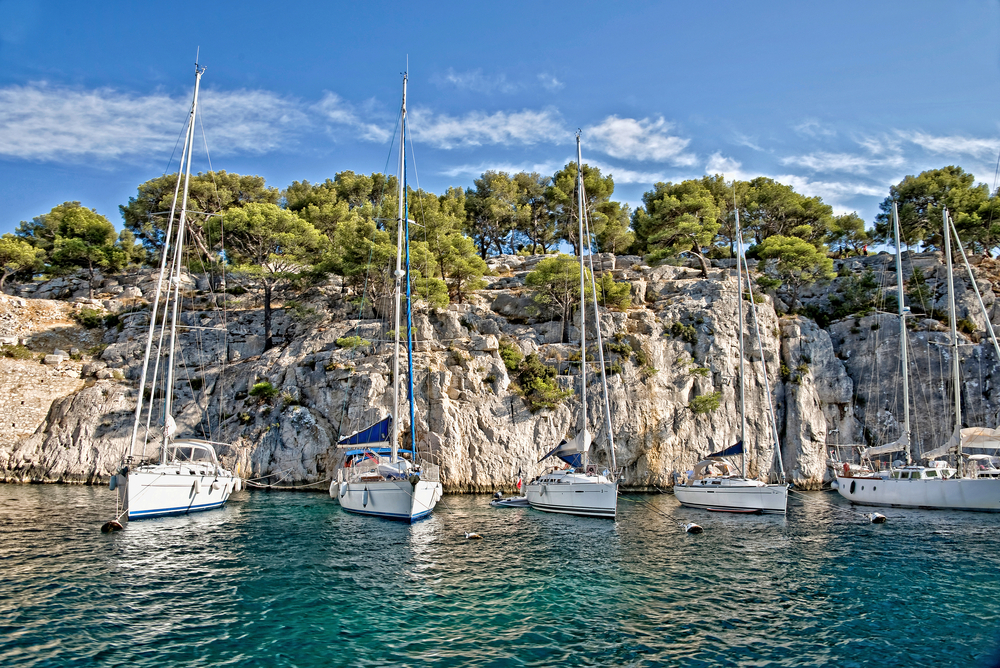 Autumn (as well as spring) might be preferred by those wishing to avoid the stifling heat of the summer months. Autumn kicks off at the end of September and runs through November. This season is characterised by rapidly dropping temperatures, although they never reach cold levels. The average temperature falls from 21°C in September to 11°C in November. Afternoons remains pleasantly warm all season with highs reaching 21°C in October, while the nights may get chilly toward the end of the season, dropping into single digits.

October is by far the wettest month of the year, getting drenched with 70mm of rainfall, which is spread out over 10 days. November is much drier with only 40mm of rainfall in total. Sunshine hours decrease rapidly in autumn as the days get shorter and the skies get a bit cloudier. While you could still enjoy 8 hours of sunshine per day in September, by November, there are only 5 hours per day left, although for a wintery month this is still good news. 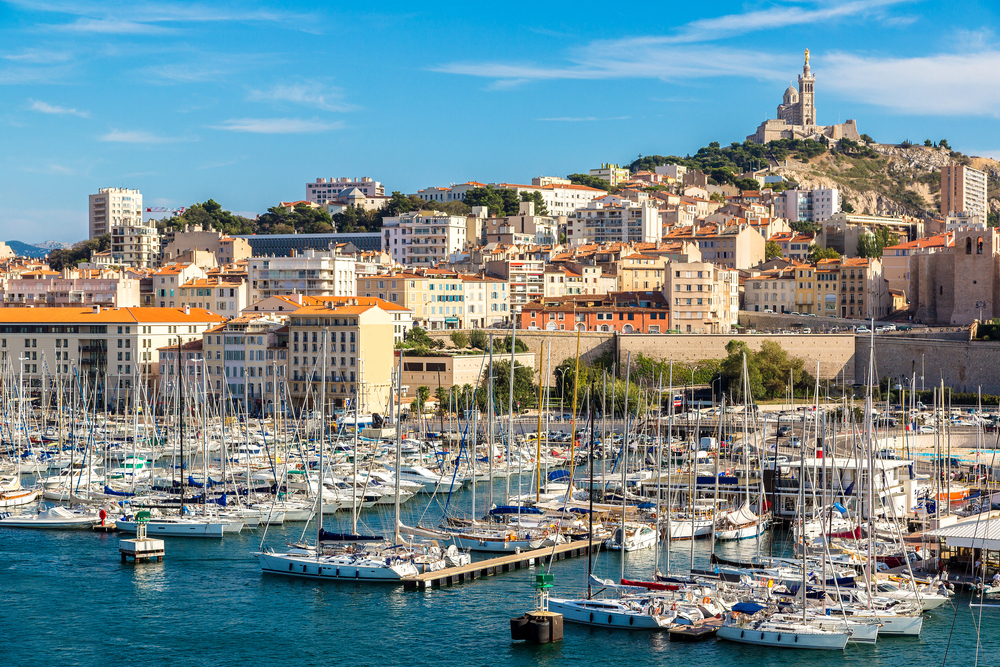 Daytime temperatures in Marseille's winter, from December through February, rarely drop below 10°C. January is the coldest of all months, with a nighttime temperature of 3°C. Nights in both December and February are only slightly warmer, but frost is rather exceptional in Marseille. Afternoon highs can see 12°C which is pleasant compared to northern European destinations. In terms of total rainfall across the season, winter is the wettest season, but only by a very small margin. Each winter month receives 50mm of precipitation in total.

December and January are the darkest months of the year, both with no more than 4 sunshine hours per day on average whilst water temperatures are also at their annual low. While winter is not the ideal time of year for sunbathing or swimming, it's fairly high average temperatures and many other attractions keep it a popular destination even in the coldest season!