The latest and today's weather in Langkawi , Malaysia updated regularly

Langkawi experiences a very warm and humid climate with average temperatures seeing very little variation throughout the year. With temperatures ranging from 24°C to 34°C and high levels of humidity, the climate in this region of Malaysia can at times feel unbearable to those not used to it. However, the hot air temperatures can easily be forgiven by finding refuge in the cooler ocean waters at any of the several beaches around the island. The average sea temperature in Langkawi may also be considered 'warm' by tourists and visitors to Langkawi, but a dip in the ocean will leave you feeling refreshed and ready to take on whatever challenges, or relaxing activities you have planned for the day.

Langkawi is situated near the equator so the island enjoys a tropical climate comparable with many cities and countries located in equatorial areas. Regions that benefit from equatorial weather are also affected by monsoons which bring occasional and heavy showers. These showers are quite often accompanied by thunderstorms.  However, an added benefit of being close to the equator is that average temperatures change only to a minimal degree! Because of the minimal temperature changes, travelling to Langkawi is possible all year-round.

Langkawi has two distinct seasons as is often the case in these areas: the dry season (their summer) and the wet season. The dry season includes the winter months for traditional northern hemisphere visitors, whilst the wet season is traditionally our summer. The transition between the two seasons is referred to as mid-season. 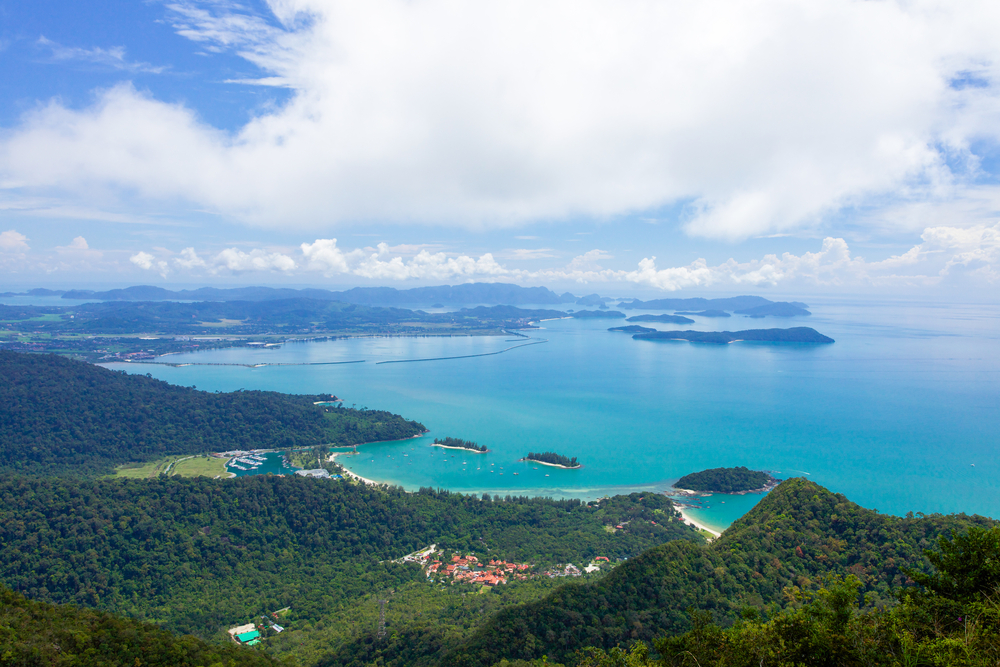 The beautiful landscape of Langkawi

The region generally experiences what many would classify as 'summer' all year round. There is however a particular summer season featuring hot and dry spells with far less rainfall from December to March. Throughout the 'summer', arid gentle breezes blow towards the west that carry little to no rainfall. This dry season (summer) is generally the busy-season for tourists, with large numbers visiting Langkawi between January and March, coinciding with the minimal rainfall and with most days being free from cloud. This is the perfect period to visit Langkawi should you be content with lazing on a beach, doing some trekking, or mixing it up with tourists and locals at one of the many popular nightspots.

February is the hottest and driest month of the year, experiencing an impressive average of 9 hours of sunshine per day. Expect the main beaches, hotels and resorts to be relatively busy at this time of year. If you would prefer to visit Langkawi outside of the tourist high season, consider visiting the island in April. April is mid-season, outside the dry season, whilst still having the benefit of plenty of sunshine and fewer rain days than will arrive in the following months. 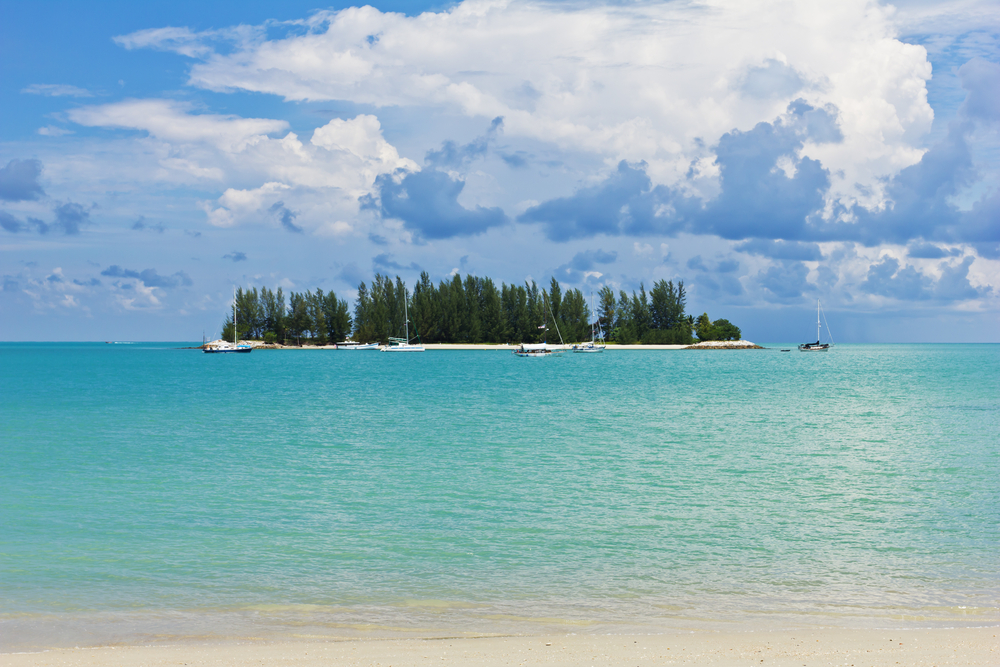 Stunning views of the tropical Langkawi

The long dry summer spell comes to an end with the approach of the rainy or wet season. Langkawi receives an impressive annual rainfall of 2500mm on average. A large portion of this rain falls during the wet season, with peak rainfall averages occurring between September and October. October is the wettest month of the year, receiving an average 344mm of rainfall. Prepare to spend most days in October sheltering from the rain, with an estimated 26 rain days per month. Most days throughout the wet season months can still expect the weather to be warm, with an average temperature ranging from 27°C 28°C. With October receiving the greatest amount of rainfall, it may be worth noting November has the least amount of average daily sunshine hours, this being only 6 hours per day. Therefore, November is not regarded as being the most 'sun-bather friendly' month of the year.

Though the European tourists favour visiting the island during its summer months (the northern hemisphere's winter) the Middle-Eastern tourists prefer to be on the island in the wet season, possibly to escape their similarly dry and arid climate. The wet season is comparatively less busy with tourists compared to the dry season. Whilst some may construe the definition of wet season as being a bad time to visit Langkawi, please remember, the warm air and ocean temperatures are still well within the definition of "Tropical-Island-Paradise Weather" as expected by many tourists visiting this part of the world. 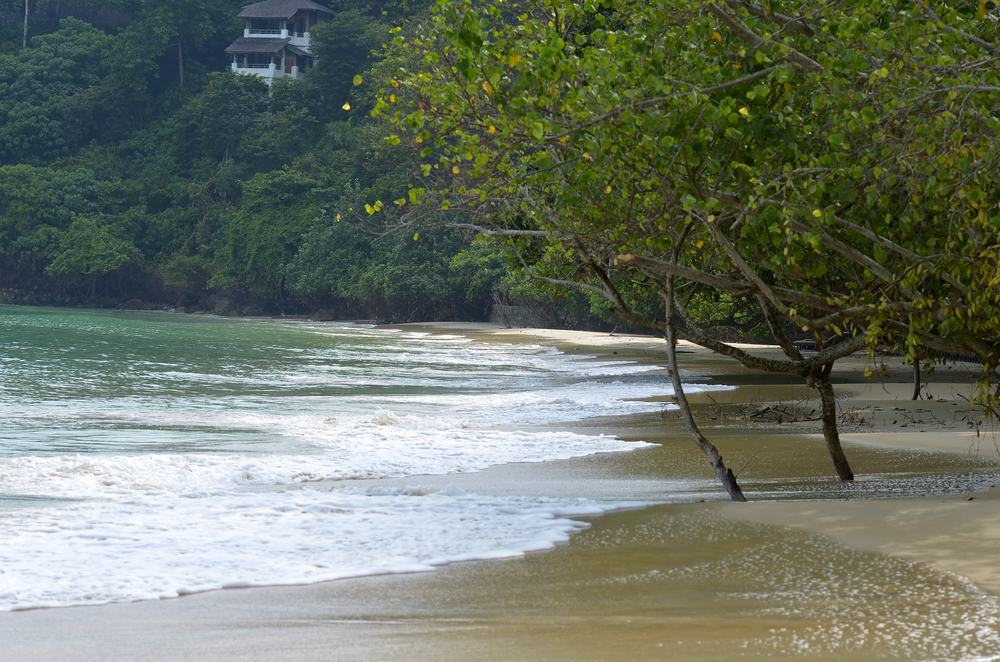 Relax on the many beaches on the island

With its wonderful beaches, unique wildlife and mountainous landscape, Langkawi is a delightful tourist destination in the South East Asia region. The interesting mixture of Chinese, Indian and Malaya customs that distinguishes Langkawi has given the local economy an amazing boost, transforming itself into one of Malaysia's most popular tourist locations. The multi-cultural population has also given rise to a large variety of restaurants and bars, themed to represent a particular culture or fusion of cultures. Bars and restaurants are quite often built in areas offering amazing ocean/mountain views and featuring an atmosphere that is uniquely 'Langkawi', being both friendly and proud.

Domestic access to Langkawi Island is by flight from Kuala Lumpur. AirAsia and Fireflyz provides affordable flight connections to the island. Alternatively, the island has access via Ferry, departing from Kuala Perlis and Penang.