The Federation of Malaysia is made up of three detached territories being; Malaya, Sarawak, and Sabah. Malaysia is a slender and very mountainous coastline just to the southern region of Thailand. Sarawak and Sabah have located the north region of Borneo; an island consisting of three different countries. Malaysia also has a land boundary with Indonesia.

Although Malaysia has an equatorial climate, the constriction and topographic composition of each section; central mountainous cores with flat, flanking coastal plains, assist the inland saturation of maritime climatic influences. The monsoons further modify the climate. 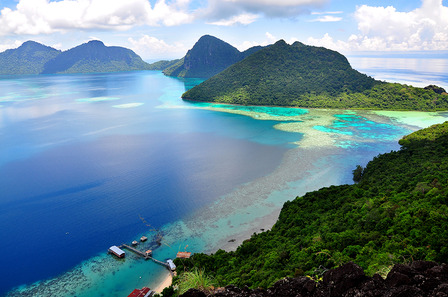 Given Malaysia is an equatorial country, the whole of Malaysia experiences an equatorial climate with high climates and wet months round the year. However, the annual variation here is only less than 3°C. The principal differences of climate within the country are those occurring from the difference of altitude and the coverage of the coastal lowlands to the irregular southwest and northeast monsoon winds.

Temperatures are consistently high throughout the year. On the cape, climates average around 27°C. However the coastal areas in East Malaysia see minimum temperatures averaging at 23°C, and high temperatures soar up to around 32°C; temperatures again are relatively lower in the highlands were altitude varies greatly.

Average hours of sunshine differ to that of the amount of precipitation that falls. Sunshine hours range from four to five hours throughout the wettest months to eight to nine hours in the dry season.

The annual mean precipitation on the cape of Malaysia ranges at approximately 2540mm. The most dehydrated location being Kuala Kelawang, a small town near Kuala Lumpur which obtains only 1650mm of rainfall per year. The rainiest area is Maxwell's Hill at this region receives 5000mm per year. Though Sarawak only obtains 3050mm of rainfall annually, regions in Sabah is much more diverse ranging between 2030mm to 3560mm per year.

The humidity in Malaysia is very high, with monthly averages varying only between 3% to 15% in any region of the country. The average relative humidity varies from a low 84% in February to a high of only 88% in November in Peninsular Malaysia.

The heavy rain occurs in the afternoon and can last until midnight. When the storms do hit, they are relatively short and the rains actually bring a cooling atmosphere to the city.

From March to April, another monsoon approaches from the west and hits regions such as Kuala Lumpur, Malacca and Penang directly, bringing the most rainfall to Kuala Lumpur. The driest periods, however, are in the western region and are usually between May till July, where there is a respite from the monsoon season. 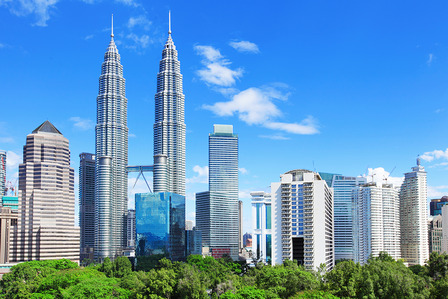