Like all Caribbean islands, St Lucia enjoys a hot, tropical climate throughout the year. Saint Lucia is more mountainous than many other Caribbean islands due to its volcanic origins. The highest point is Mount Gimie, at 950 metres above sea level. Holidaymakers wanting to explore the volcanic region will find the temperature at these heights to be not so tropical.

Saint Lucia has a hot and humid climate, moderated by northeast trade winds, with an average annual temperature of 26°C. The rainy season falls between May and December. The average annual rainfall varies between 1500-1700 mm in the north and south coasts and up to 4000 mm in the inland areas which have higher elevations. Due to its location near the equator, St Lucia does not have very well-defined seasons. Between June and November is the county's wet season. This coincides with the North Atlantic hurricane season. Sant Lucia sits in the hurricane belt and is at risk throughout hurricane season, but hurricane activity tends to peak between August and September. The dry season, the country's most popular time of year with holidaymakers, runs from January to April.

The rainy season generally falls between June and November. During this season, visitors should be prepared for heavy but periodic showers. Tourists shouldn't necessarily put their vacations off during the rainy season as while showers are sudden, severe and frequent, blue skies are quick to follow. You can't avoid wet weather in the wet season, but you will still see plenty of gorgeous weather when it isn't raining. This season does not see any reduction in sunshine levels, averaging at around eight hours of sunshine per day. Around the coast, the average high temperature gets to around 30°C and the average low to 24°C for most of the season. The heat can be made to feel worse by the high humidity, but the trade winds tend to keep things bearable. Towards the end of the season, the Caribbean Sea reaches its warmest, with an average of 29°C.

Inland things can be rather less comfortable so if you plan to do any adventuring in the tropical forest be prepared. You have to climb quite high before the temperature is lessened by the altitude and, as might be expected, the humidity in the forest is much, much higher than around the coast. High rainfall can also create quite treacherous conditions off the beaten path.

As stated above, St. Lucia is located in the hurricane belt and it is possible for severe tropical storms to arise. Visitors should be cautious but not discouraged from visiting St. Lucia during this season. The risk of being hit in St Lucia is comparable to that on the northeast coast of the USA. With superior meteorological technology, storm prediction and recognition, Saint Lucia is well-equipped to warn visitors and locals on the island of any probable danger, and take adequate precautions towards keeping people safe during a storm.

The dry season lasts from December to May and is when Saint Lucia's most pleasant weather occurs. Rainfall, heat and humidity lessen and the weather is generally considered to be idyllic. Temperatures throughout this season vastly differ depending on elevation and location on the island, but the weather in general typically consists of pleasant heat, blue skies and sunshine, and is, therefore, the best of time to visit St Lucia. Temperatures will generally linger around 28°C throughout these months in the hottest part of the day and get down to a slightly less trying 22°C at night. Sunshine levels remain around eight hours per day. This is a tropical location so you will still see the odd downpour, but these are lighter and less frequent than in the wet season. The sea is coolest in February and March at 26°C, but clearly still more than warm enough for swimming. 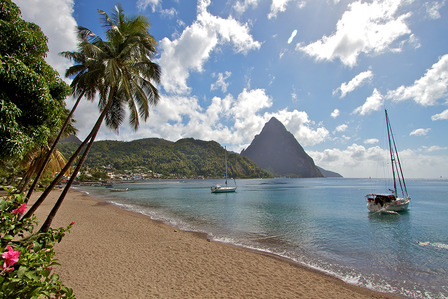 The Anse Lay Raye region experiences a subtropical climate kept mild by cooling trade winds all year round. Periodic tropical showers can be expected From June to November. The climate in this region will experience average temperatures ranging from 25°C to 27°C for the majority of the year.

Vieux Fort's weather is not always perfect but this does not mean tourists will get bored as there are plenty of outdoor and indoor activities available. From April through to November, daytime temperatures average around 30°C and often climb even higher. Precipitation in Vieux-Fort is more than likely going to occur throughout August to November when showers are typically powerful and unpredictable, they do however pass rapidly. The average annual daytime temperature in Vieux-Fort is around 30°C.

The region of Dauphin offers typical Caribbean weather with virtually guaranteed sunshine and consistent temperatures all year round. Its position just west of the north coast of St Lucia means that it is sheltered from the prevailing winds and the sea is warm and calmer than the east coast. This might not be attractive to some who need the sea breeze to temper the high heat of the tropics. Average high temperatures stay within one or two degrees of 30°C at all times, the sea temperature stays between 26°C and 29°C and there's an average of at least eight hours of sunshine every day.

Located at the southernmost point of the island the Dennery region can offer sunshine year round and average high temperatures that rarely fall more than a couple of degrees below 30°C. The south coast of the island may feel a little cooler than the north and west thanks to the prevailing winds which also make the water a little rougher. The northwest with its gentle Caribbean sea does get more visitors, which means that the undeniably beautiful beaches in the south will not be as crowded. The weather in Dennery makes this an ideal destination for a beach holiday on a romantic tropical island at any time of the year.

All St Lucia holidays should include a trip into the fabulous rainforest. The weather in the St Lucia interior can be very humid, so it's a good idea to be prepared. At higher altitudes and in the famous Piton Mountains; expect considerably cooler temperatures of approximately 15°C. 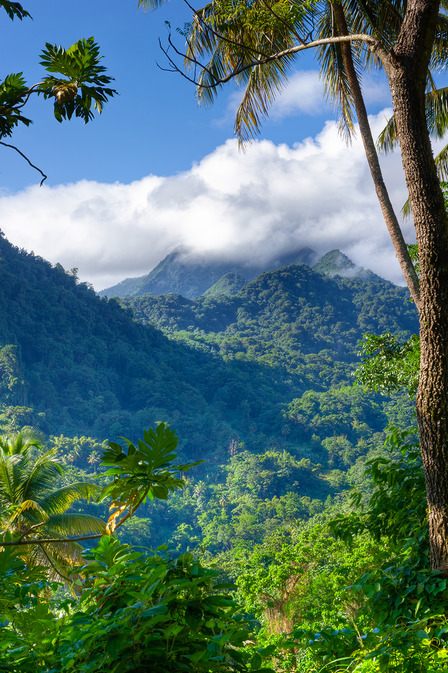