June in Budapest, Hungary, can get quite hot during the daytime. However, there can be a lot of rain during this month as well. The average daytime  high temperature is 24°C, while the average nighttime low is a comfortable 14°C. Both the average day and night temperatures tend to increase in the course of the month; the average high rises from 23°C to 26°C and the average low climbs from 12°C to 14°C. The overall daily average temperature in June is 19°C, which makes it the third warmest month of the entire year, after July and August.

June 21 is the longest day of the year with 15.56 hours of daylight. The rest of the month is quite bright as well, with daylight ranging between 15.42 and 15.55 daylight hours. In addition to being the brightest month of the year, June is also the second least cloudy monthnly July has less cloud cover. Cloud cover in June ranges around 68% and doesn't vary much throughout the month.

Long days and fewer clouds result in June being one of the two sunniest months in the year. There are 14 sunshine hours per day on average. July has the same number of sunshine hours, while August has 13 hours of sunshine.

When it comes to precipitation, June receives about the average total of rainfall. A total of 60mm of precipitation falls down on Budapest this month, spread out over 12 rainy days. This means that there are 18 days without any rainfall whatsoever. The probability that rainfall occurs varies slightly in the course of the month. June 1 is the wettest day of the month with a chance of rainfall of 57%. June 30 is the driest day with a 53% chance of rainfall.

The most common type of precipitation is thunderstormshey are observed on 45% of the days with rainfall. Moderate rain and light rain happen as well, respectively one 35% and 19% of the rainy days.

A fairly small boutique hotel, the Opera Garden Hotel & Apartments is situated in the very heart of the city, within easy walking distance from many major attractions. It is on historic Hajos Street, a pedestrian street, in a gorgeous turn-of-the-century building. Every one of the 35 rooms has a kitchenette, TV and free Wi-Fi. Facilities in the hotel include things such as saunas, a Jacuzzi, fitness centre, rooftop terrace, room service, laundry facilities and buffet breakfast. There is a babysitting service as well.

There's no better way to start a day in one of eastern Europe's most exciting cities than with a great breakfast. And there are many excellent breakfast places in the city, a particularly notable one being Brios. Brios was named after brioche, the classic French pastry. This is a place where breakfast can be had all day longhe menu features things such as croissants, eggs, bagels, toasts, baguettes,  coffee and tea, and brioches.

Things to do in Budapest in June

The Margret Island Summer Festival is held in June at an outdoor theatre that can accommodate 3,000 people. The festival consists of performance of music and theatre.

The Danube Carnival is a cultural event also held on the Margret Island in mid-June. The aim of the carnival is to keep the rich folk-cultural heritage of Hungary alive. Representatives of other cultures are also welcomed to perform here. The performances taking place at various venues are designed to draw light upon traditional artistic expression. The carnival also includes a dance parade through the important roads of Budapest.

Water Carnival and Bridge Festivalare one-day events that take place in June. Concerts and dance performances take place along the banks of the river, as well as motor boat races and water parade on the river. The bridges and their backgrounds are wonderfully illuminated at night by candles and fireworks.

The horsemanship traditions of Hungary are celebrated in theNational Gallop, held on Heroes' Square in Budapest. The gallop is an equestrian and traditional event based on a horse riding competition. It is also which is accompanied by other attractions such as gastronomical treats.

And finally, the night of museums occurs. A number of museums participate in this event, staying open until 2.30 at night for displays.

Castle Hill, one of Budapest's main areas, is home to many a landmark buildinghe entire area is a UNESCO World Heritage Site for a reason. One such building is the Fishermen's Bastion, a 100-year-old lookout point. Although the bastion itself is only a century old, the place has been a fish market since the Middle Ages. Keep in mind, though, that you have to pay a fee if you want to enjoy the views from the upper level of the Fishermen's Bastion. A cheaper (read: free) alternative is the lower level, which offers views that pretty much as great as the upper level. 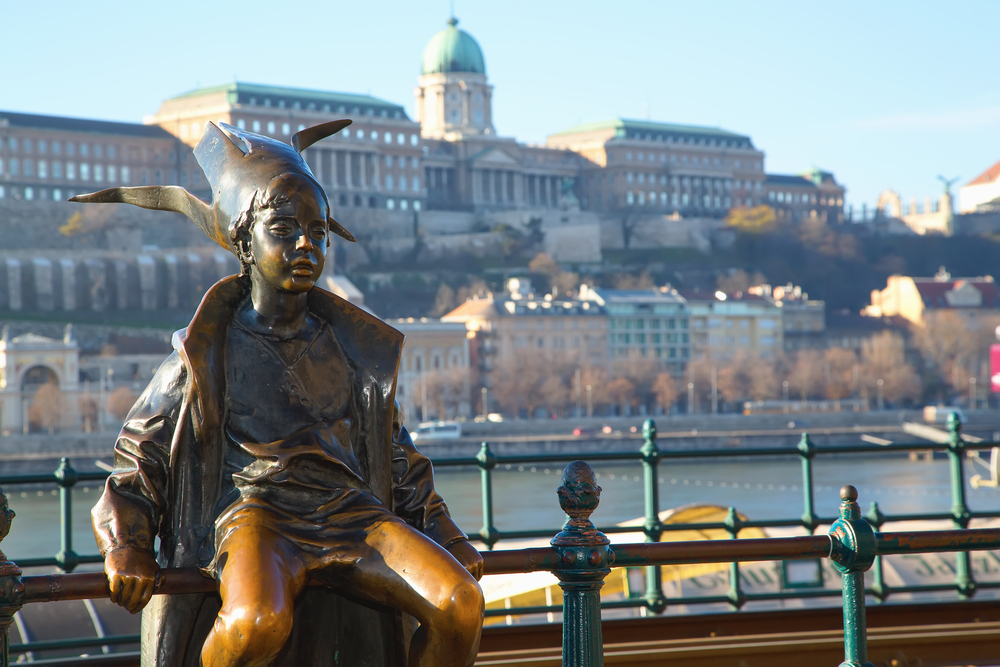