The latest and today's weather in Vendee , France updated regularly

The Vendee is a province situated in the middle of France's west coast and takes it name from the river that runs through it. The Vendee is part of the Pays de la Loire region that is home to the city of Nantes. La Roche-sur-Yon is the main town in the Vendee.  It is a charming part of France and the 140km of sandy beaches, together with the great summer weather, have helped to make the Vendee a popular holiday destination. 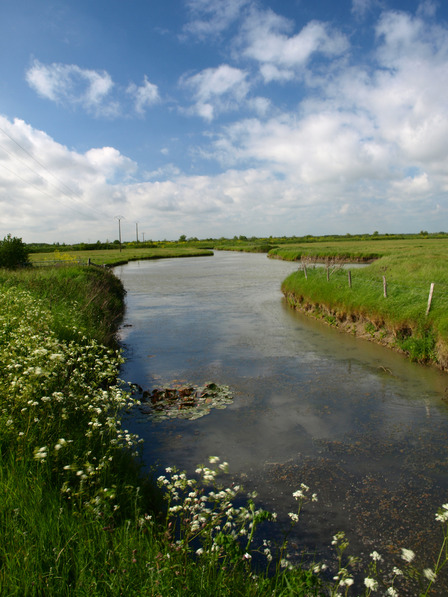 Vendee is one of the sunniest places in France with nearly 2500 annual sunshine hours. Between June and September daily highs are regularly in the 20s. July and August are the hottest months with an average temperature of 18-19°C varying between highs in the mid 20s and lows in the low to mid teens. Summer temperatures are in general very comfortable; it rarely gets too hot for comfort especially by the sea, although occasional summer heat waves can bring temperatures in the 30s. Rainfall levels are very low. June, July and August are the driest months with around 40mm average monthly rainfall. From September, rainfall starts to build a little. Days in peak summer enjoy an average of up to 9 sunshine hours.

Early autumn can enjoy plenty of good weather so once the summer crowds have dispersed, this can be a great time to visit. However, it can be a little unpredictable. As the season progresses it becomes cooler and wetter and at the end of autumn chilly days with grey, spitting skies are quite frequent.October can enjoy some warm sunny weather with temperatures in the high teens, but equally begin temperatures dip into single figures once more. Rainfall remains on the increase too with the month averaging 78mm. November is one the wettest months of the year with an average with almost 90mm rainfall. In terms of temperature it's quite cool too with temperatures more often than not in single figures. By the end of the month you can certainly feel the onset of winter.

While winters can certainly be chilly in Vendee there is usually an absence of really cold temperatures, especially in the coastal areas. This is thanks mainly to the influence of the warming currents from the Gulf Stream. Winter temperatures average 5°C in the coldest months of December and January, with highs around 8C and lows around 2°C. Freezing temperatures can occur but they are not common. You are much more likely to get frosts and snowfall the more you move inland. Vendee has regional variations in weather conditions, the most notable of which is around Mont Mercure. Higher elevations always mean cooler temperatures and the peak of Mont Mercure is the highest in the district. In winter, snow caps the mountain. Winter is the wettest season of the year and damp, cloudy days are quite normal. December and January both average more than 80mm of rainfall; February sees just over 70mm.

The cold and clouds gradually give way to heat and sunshine. Early spring can still be miserable but the May is generally very pleasant. The transition from winter to summer is characterised by unpredictability; similar to weather found in the UK, Vendee can experience a cocktail of conditions throughout each day. While night time temperatures remain cool, the average high temperature rises to 12°C in March, 14°C in April and 18°C in May. From the beginning of April it can be hot and sunny one moment, then grey, cold and wet the next. Rainfall gradually decreases throughout the season but showers can still occur every few days. April and May enjoy an excellent average of 7 sunshine hours per day. Late spring is a very good time to visit; you can take advantage of some fine weather before the summer crowds arrive. While the weather is best in the summer, Vendee has plenty for you to do at any time; aside from the area's on-going attractions, such as its historic towns and picturesque landscape, there are numerous festivals and smaller events throughout the year, dotted about the region. Long ago, someone in Le Poiré-sur-Vie either had a fantastic sense of humour or none at all, as this little village holds the Nuit de la Mogette festival, in celebration one of Vendee's culinary staple: the white haricot bean.