The latest and today's weather in Torrevieja , Spain updated regularly

Historic Temperatures for 29th May in Torrevieja

Located on the Costa Blanca, nicknamed the "White Beach resort coast," on Spain's beautiful beach-lined east coast, Torrevieja is renowned for both its stunning sandy beaches and its unique saltwater lakes. Drawing in more than 7,000 visitors each year, this rather small resort is considered to be among the greatest developing tourist destinations in the Mediterranean. This is the perfect place for a beach holiday, just like its neighbors Alicante and San Javier as the resort enjoys superb and delightful Mediterranean weather throughout the whole year.

Summer is peak tourist season in Torrevieja, and all across the Costa Blanca. Between June and August, the weather is typified by long, hot days, and clear skies with little or no rainfall.

The average temperature peaks at 26°C in August, though it's been known to reach 40°C and above on scorching hot peak summer days in July and August. A day in July is 25°C warm on average. The average high in June is 27°C, rising to 31°C by the middle of August, which is the hottest time of the entire year. Pleasant afternoon sea breezes in coastal areas and low humidity does help to mediate the high temperatures somewhat. Overnight, the mercury tends to drop to averages lows that range between 16°C in June and 20°C in August.

The sea temperature is also at its highest in summer, with August featuring the warmest waters (25°C). Swimming is a pleasantly comfortable activity from June (21°C) through September (24°C).

Mid-summer, additionally, is also by far the driest period of the year. July and August, for example, receive no more than 6mm and 8mm of precipitation in total respectively. Both months merely have 1 day with rainfall. June is the third-driest month of the year, with a total of 16mm.

Another characteristic of summers in Torrevieja is that there is plenty of sunshine. June and July both have 13 glorious sunshine hours per day; August has 12 hours of sunshine.

To summarise the resort's summer weather conditions: with less than 16mm of rainfall over 3 days a month on average, around 13 hours of sunshine each day, and pleasant sea temperatures of up to 25°C, this is the perfect beach destination. You can check the weather forecast for Torrevieja on this page. 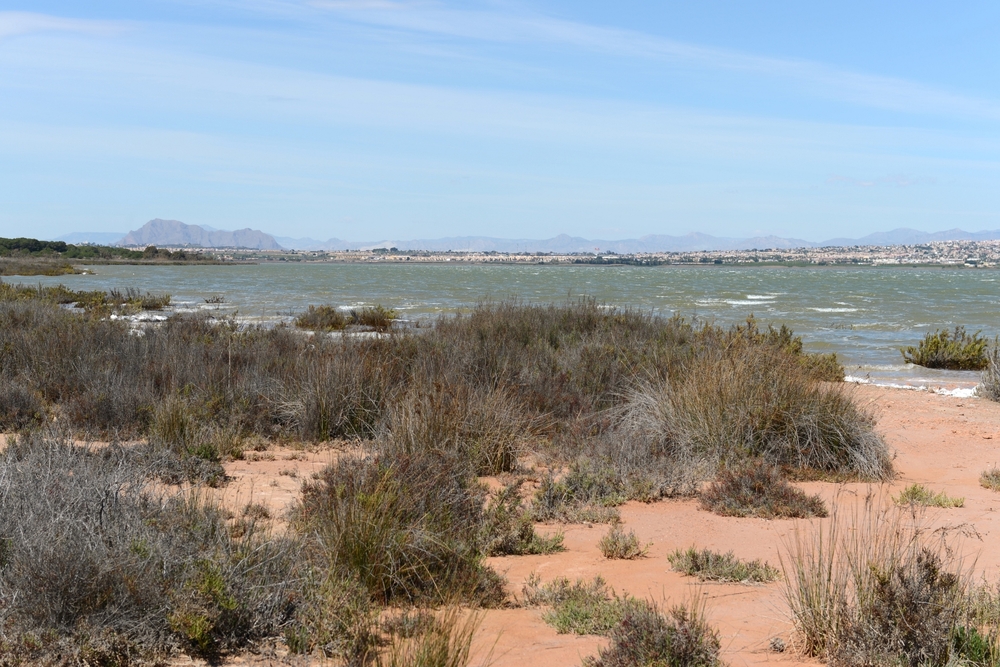 Autumn falls between late-September and November in Torrevieja, and while conditions do remain quite beautiful, visitors are unlikely to experience the extreme highs of the summer months.

The average temperature in September is 23°C, falling to around 15°C by the start of November. With average highs of between 28°C in the beginning of the season and 20°C toward the end, it's unlikely to get too cold. In fact, temperatures have still been known to reach as high as 30°C in October. Nights tend to slowly get chillier, though, so when visiting Torrevieja in autumn, make sure to pack a sweater or light jacket to swear during evening walks.

Sea temperatures do start to fall as well, but right up until October remain at a very pleasant 22°C. Hardy visitors may therefore go for swims in the Mediterranean Sea as late as October. In November the average sea temperature drops to 19°C.

There will be significantly more rainfall, which is likely to take the form of violent thunderstorms in late September and throughout October. These storms usually decrease both in intensity and number as the winter draws in. October is by far the wettest of all months in the resort, receiving 59mm of rainfall in the course of the month number that relatively speaking isn't really that high. November is the second-rainiest month of the year. With thunderstorms comes heavy cloud cover and skies are likely to be overcast for much of the season.

As a result of those rain clouds moving in, the amount of sunshine hours decreases steadily between early and late autumnrom 10 hours in September to 8 hours in Novemberut still remains quite high, particularly when compared to more northerly places in Europe. 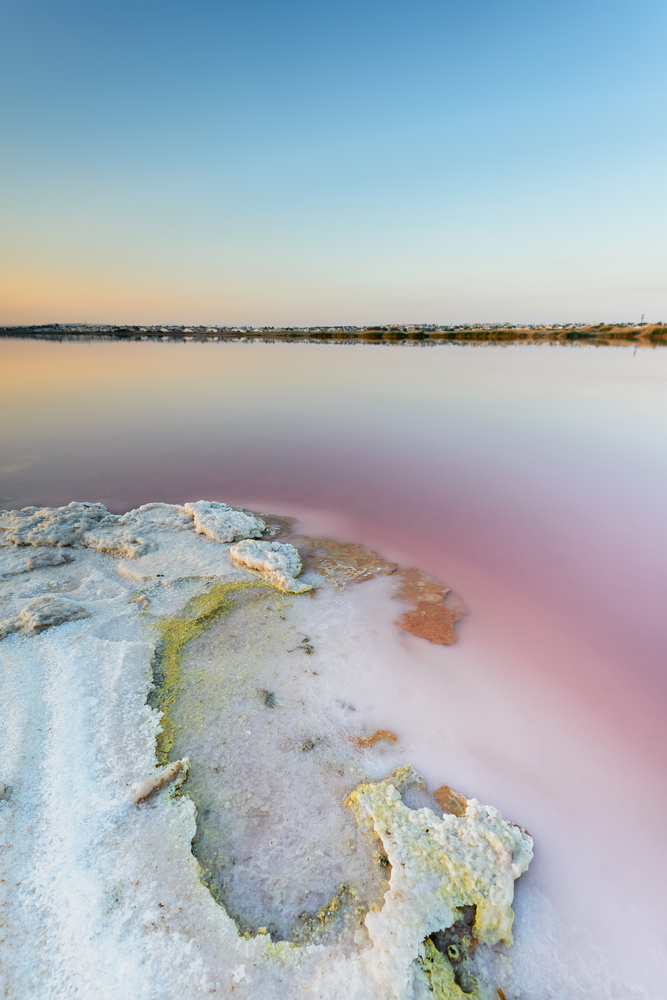 The winter months, while still relatively warm and pleasant across the Costa Blanca, are generally among the wettest and coldest times of the year. In January the average temperature is just 11°C in Torrevieja, with highs of only 16°C or 17°C. Correspondingly, sea temperatures fall to their annual low of around 15°C in January and February. It will be windier at this time of year, with wind speeds reaching on average around 7m/s in December.

December is also quite a wet month, compared to other months in the resort, with around 37mm of rainfall expected over 5 daysctober and November were wetter, though. However, the winter months are unlikely to be too wet on the Costa Blanca, with the exception being when the area experiences a 'Gota Fria'. A 'Gota Fria' occurs due to a sudden drop in temperature, and results in torrential rainfall and flooding, with huge waves and high tides that often temporarily destroy Costa Blanca's beaches.

Even without a 'Gota Fria', it's definitely not beach weather this time of year. That being said; the Costa Blanca is still warm and generally dry enough to make sightseeing and outdoor activities perfectly possible. The 7 to 8 hours of sunshine per day that can still be enjoyed make winter, in fact, a great time for outdoor pursuits. 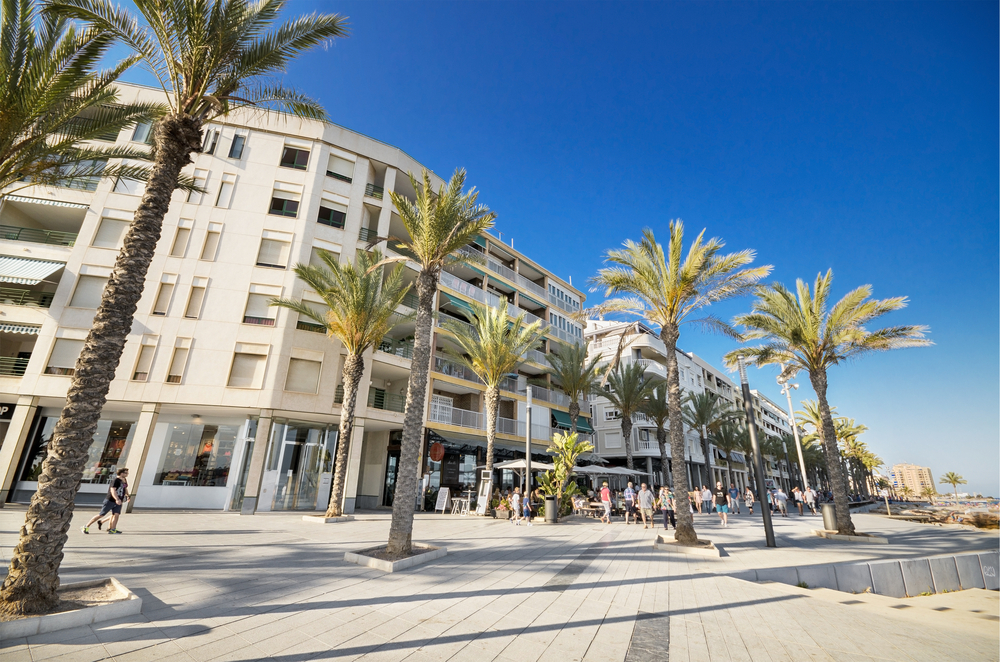 One of the promenades in Torrevieja, Spain.

Torrevieja begins to warm up again in the spring, with averages temperatures rising from 14°C to 18°C between March and May, and highs of up to 23°C in the afternoons. The highest-ever temperature recorded at this time in the area is around 30°C. Nights, however, may still be coolith average low temperatures ranging from 8°C in March to 13°C in Mayo don't forget to pack a sweater if you're heading to Torrevieja in spring.

Rainfall averages begin to fall in preparation for the long, dry days of summer, with just 27mm expected over 4 or 5 days in March and April. In March there's a 19% chance of seeing rainfall on any given day, with the percentage dropping significantly as the summer approaches.

Average sea temperatures reach a very pleasant 18°C by the start of May, and with 12 daily sunshine hours, by the end of the season a little sunbathing is a much more pleasant proposition than it was in winter.