Ko Samui is a popular holiday destination off the east coast of Thailand. At 228 square kilometres, Ko Samui is Thailand's third-largest island and famous for its full moon parties. Ko Samui's tropical monsoon climate with a short dry and hot season is similar to the rest of Thailand, with high temperatures, high humidity and high amounts of rainfall. However, it's not hard to escape from the humidity at one of the island's famed beaches. The year is split into three distinctive seasons: the dry season, the hot season and the rain or monsoon season.

The island is famous for its rural beach communities with chilled-out atmospheres. It is a haven for those wanting to escape fast-paced city lives. However, in recent years the increasing number of tourists has largely replaced the beach bungalow lifestyle with thick crowds and megaresorts - though you can still find places on the island where this is not the case. There are many amazing beaches on the island with Chaweng Beach covering a large portion of the island's northeast coast. Chaweng Beach is beautiful, but also the most crowded area on the island. In the peak tourist periods it can be hard to find a sunbathing spot and the beach is sometimes littered. Despite this, the water is always crystal clear and the temperature is very pleasant; the sand is beautiful and white. Be careful when swimming as the waters are home to strong currents. Bang Rak is another popular beach which lies just two kilometres east of Bhophut, known locally as Big Buddha Beach. There you will find the 19-meter gold-tinted statue of Buddha overlooking the entire bay. The beach is near the airport and is also one of the calmest beaches on the island - not affected as much by the surf and tides as other parts of the island.

Fortunately, Ko Samui was unaffected by the 2004 tsunami which ravaged much of coastal Thailand. The island is circular and only about 15 kilometres across. The centre of the island is made up of an uninhabitable mountain jungle. The various lowland areas around the mountains and along the coast are connected together by a single road that rings the entire circumference of the island.

Located near the equator, the length of the days in Ko Samui doesn't vary significantly in the course of the year. Throughout the year the length of the days stays within 41 minutes of 12 hours. The longest day of the year is June 20 with 12.41 hours of daylight, while the shortest day is December 21 with 11.35 daylight hours. That tropical location also results in fairly constant sunshine hours. May through November see 6 hours of sunshine; December and January have 7 hours; and February through April experience a maximum of 8 sunshine hours. 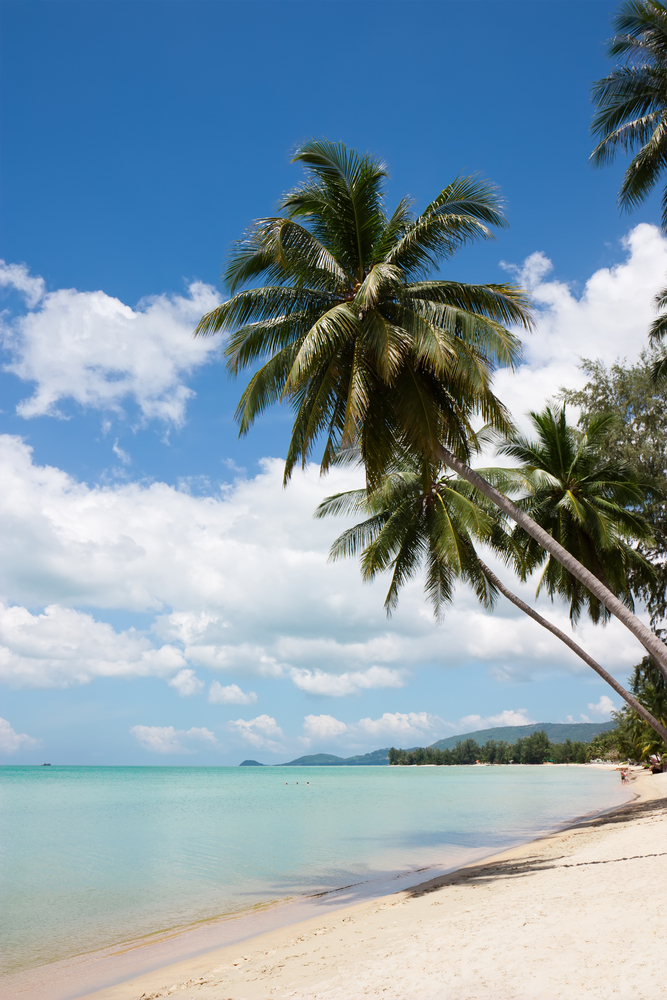 Another thing that stays pretty much constant throughout the year is the humidity. As a tropical destination, you can expect high humidity all year round. The average humidity is about 80% from April through September and ranges around 85% from October through March. High and low peaks in humidity do occur though. The air is driest on August 4, when the humidity can drop below 64%. The most humid day of the year is November 10, with the humidity exceeding 91%. Peaks as high as 100% are possible as well.

So, the only things that really change considerably in the course of the year are cloud cover and rainfall which both vary quite dramatically! The long wet season lasts from about May to December, with the short remainder of the year being considerably drier. November is the wettest month by far, recording on average 430mm of precipitation in the course of the month. September, October and December also see significant rainfall. January to April see a lot less rain and February and March are the driest months of the year, only recording 30mm of precipitation on average. Precipitation is most likely around October 25, historically occurring on 57% of the days. It is least likely around February 7, occurring on 23% of the days. Precipitation occurs as three different types: light rain, moderate rain and thunderstorms. Light rain occurs on 48% of all days with rainfall; thunderstorms occur on 35% of those days; and moderate rainfall on 16% of rainy days. Another type of precipitation is fog. The number of fog days varies greatly in the course of the year. September sees the least fog, with only two days, while January sees the most, with nine days of fog. 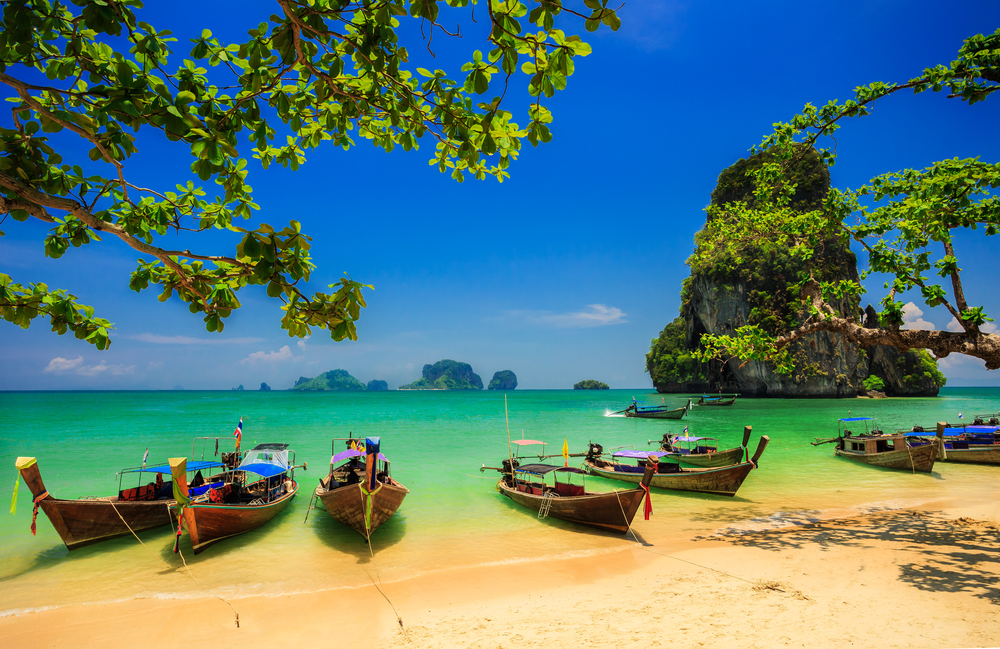 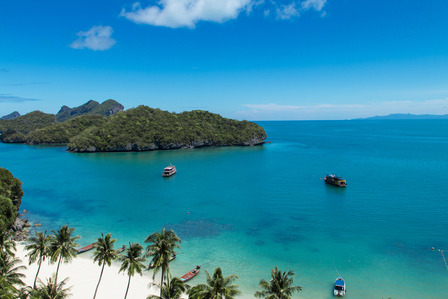 The dry season falls roughly between December and February. This is when temperatures are generally a bit cooler, there is less rain, a refreshing sea breeze and quiet seas. With also a lot of sunshine, this is a popular time of the year to visit and go surfing, diving, swimming or body boarding.

The hot season begins in March and lasts until August. The weather stays dry in March and April and is normally very sunny the most hours of sunshine in the year and hot. If you can bear daily temperatures around 32°C, this is a great time for a visit to the island. It stays hot until August, but in the beginning of May there is a sudden increase in rainfall. From May through August, the days are typically sunny and hot during the day, until late afternoon, which is when the afternoon thunderstorms and heavy rain clouds move in. Those cloudburst are short and are a bit like mini-monsoon showers.

The wet season or monsoon season begins in September and lasts until the beginning of December. Temperatures are still warm though, averaging around 30°C, but the amount of rainfall increases dramatically. Because it is monsoon season, doesn't mean that there won't be any sunshine anymore. The weather is fairly unpredictable. It doesn't rain each day and there still are plenty of sunny days. When it does rain, however, it rains hard. These (refreshing) monsoon showers are very heavy, but usually don't last long. This is still a great time for beach holiday. Accommodation prices are lower and it is less crowded.