October sees the start of autumn and a steady decline in temperatures as winter approaches in Hisaronu. While it's still possible to do a little sunbathing, it's really no longer beach weather. Throughout autumn, rainfall averages also increase so the occasional shower is likely.

There are still 9 sunshine hours each day, which combined with the more moderate temperatures does mean lovely conditions for sightseeing and outdoor activities which were prohibited by the extreme heat and crowds of the summer months. Sea temperatures cool more slowly and are around 23C at this time, so swimming and watersports are still quite possible.

Rainfall averages begin to rise at this time, with 65mm expected over 14 days in Hisaronu. This is quite a significant rise; only 19mm was expected over 12 days in September and really shows the wet winter months are beginning to close in. It's wetter across the country at this time, though areas to the north, like Istanbul, which are wetter all year round will see less of a significant increase; rainfall averages rise by just 10mm between September and October in Istanbul.

The Olympos Hotel is an excellent choice for a budget to midrange holiday, offering basic but comfortable rooms with satellite TV, balcony and orthopaedic beds. The restaurant serves buffet meals with a Turkish and international menu. There are plenty of activities on offer, including billiards, table tennis, outdoor pool, pool volleyball, darts and aerobics. Evening entertainment is put on during high season.

The comfortable Flora Palm Resort prides itself on extending warm, welcoming Turkish hospitality to its guests. There is a lovely pool, with a waterslide for the kids, table tennis and other games available, and the location is ideal for Hisaronu central with all its excellent bars, shops and restaurants. The rooms are simply furnished and offer all basic amenities.

Olive Tree Studio Hotel is strictly adult only, so there are no children splashing around in the pool, no waterslides, and evening entertainment tends to be a little quieter. The accommodation is comprised of 14 studio-style suites with air conditioning, satellite TV, mini bar, dvd player and kitchenette and lounge area. Bathroom have high quality fittings, including power showers and Jacuzzi baths. Breakfast can be prepared to your liking and served to your room if required. A very luxurious honeymoon suite is also available.

Blue Hotel is one of the most popular hotels in Hisaronu and sees guests coming back year after year. Offering spacious and comfortable accommodation, this hotel provides a great pool area and a wide range of facilities and services to enjoy during your holiday in Hisaronu. 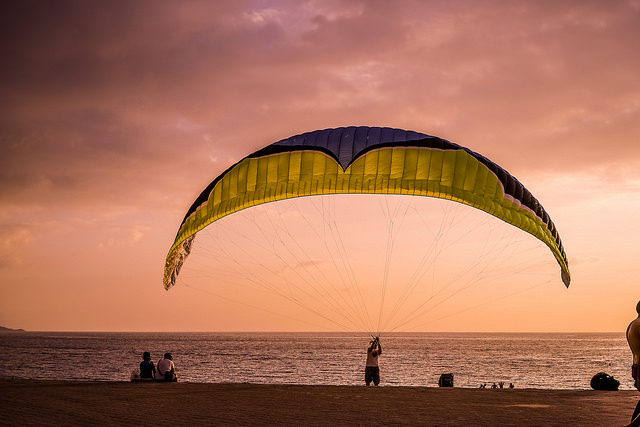 The easily accessible beaches at lüdeniz, near Fethiye, are packed with sun-worshippers, but Kabak, a few miles to the south-east, receives just a trickle of visitors due to the 30-minute walk to reach it from the village of the same name, which is in turn reached by minibus from lüdeniz. A sandy beach fronting a densely wooded valley, it's worth the effort to get there. 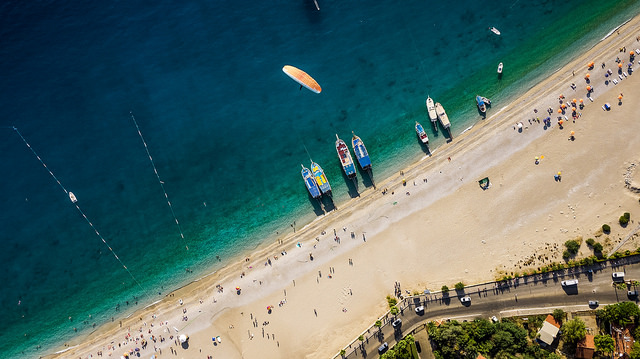 Phaselis offers three beaches, accessed through dappled pine forest: the western beach is the sandiest and longest, the eastern one pebbly. It's accessed for a small fee through the ruins.

There are lots of fabulous fast food restaurants, Turkish-style, in nearby Fethiye. Yeil Asma Yapraı (Green Vine Leaf) serves delicious, cheap Turkish lokanta food. It's popular with locals on their lunch break, and passing tourists during high season. With a true lokanta, you never know what food is going to be on offer when you arrive. This place is famous for its yaprak sarma (stuffed vine leaves) but you might have to get there early to be sure to get some. Alternatively, try the köfte (tiny balls of minced meat in a sour sauce) and rice.

Fethiye has a few restaurants that have become absolute institutions, places where locals have been eating for years. Yengen Burger is one of those institutions. The kebabs aren't particularly cheap, but the portions are generous, there's outdoor seating, and you can even get a portion of homemade chips to go with your kebab. Also, as the name suggests, they serve burgers! And if you should so wish, you can even accompany it with a beer!

Whether you're looking for an early breakfast, light lunch or three course dinner, The Bees Knees Restaurant is the place to go. Here you'll find a large international menu with various traditional Turkish dishes. There's also a special menu just for children.

Things To Do In Hisaronu In October

If you like a hike, it's well worth taking a trip to Saklıkent Canyon, meaning "hidden city" in Turkish, is located 50 km from Fethiye. The Canyon is 300 meters deep and 18 km long, one of the deepest in the world, the result of the abrasion on the rocks by flowing waters over thousands of years. The level of water rises during the winter months, so visitors can enter the canyon only in the summer. 4km of the canyon are walkable after April, when most of the snow in the Taurus Mountains has melted.

The Lunapark Fairground is only visited by tourists, but nonetheless great fun if you're looking for a way to keep the kids entertained. Open until around midnight, take a ride on the Pirate Ship, showcase your driving skills on the Dodgems or jump about on the giant trampoline, stopping only to refuel with a hot dog or some other junk food.

Adrenaline junkies will be eager to try paragliding one of the most popular sports in Hisaronu. Most excursions set of from the 6,000 foot-high BabaDag Mountain at Olu Deniz.