February sees the end of the cooler winter months in Hisaronu and the return of spring, with gradually rising temperatures and a little less rainfall.

The average temperature in Hisaronu in February is just 9C, though with highs of a marginally warmer 14C it's still likely to be relatively pleasant for sightseeing; the highest temperature ever recorded in the area is 24C, so it might even be quite warm. Temperatures fall dramatically overnight, when, with lows of a very chilly 4C, it will feel very cold indeed.

With only 7 hours of sunshine on average each day in Hisaronu, and sea temperatures of around 16C, conditions really don't lend themselves to sunbathing and beach activities. It's a similar story across Turkey, with average temperatures of just 6C in Istanbul in the north, 9C in Izmir to the west of Hisaronu, and 11C in Alanya on the south east coast. Istanbul is, in fact, likely to be significantly colder than other areas of the country, with highs of just 8C and lows of 3C.

Winter is the rainy season in Turkey, and with 142mm of rainfall expected over 17 days in Hisaronu expect prolonged showers and possibly even some thunderstorms. Areas at lower altitude may flood at this time, but Hisaronu very rarely does. Other areas of Turkey are beginning to be a little drier at this time, with just 70mm of rainfall expected over 12 days in Istanbul and 95mm of rainfall over 11 days in Izmir. Hisaronu tends to be a little wetter year round thanks to higher altitude and the mountainous surrounding landscape.

The Gurol Aqua Resort Hotel & Apartments is conveniently located just 50m from the centre of Hisaronu and 3km from Oludeniz, with lovely views of the surrounding mountains (though not the Bay). Family owned, the Gurol offers a choice of hotel rooms or apartments. The furnishings and facilities are basic, but there are some amenities on site which make up for it, like a restaurant serving a range of international and local cuisine, outdoor pool area, bar and games room. This is definitely more of a mid-range choice, and much more suitable for families than couples or single persons.

The Mekik Apartments, set in mature, landscaped grounds is a mere 5 minute bus ride from Hisaronu central. Perched high up on the Ovacik plateau, the complex is surrounded by pine and cedar trees, with lovely mountain views and a fresher micro-climate than the coastal resorts in the hot summer months. Ideal for walking holidays in the spring and autumn, it's close to Ovacik and the starting point for the Lycian Way. The apartments come fully equipped, and if you're brave enough to take a dip in February, there's even an unheated outdoor pool.

The Gap Bar comes very highly recommended by frequent visitors, serving all day breakfasts and light snacks. The menu is cooked to order, so expect a bit of a wait at peak times. It's popular with football enthusiasts when matches are on, and you can catch the game up on the big screen TVs. During high season they arrange interesting evening entertainment, including party nights and the ever popular belly dancing.

No visit to Turkey would be complete with a taste of the local cuisine. Hisaronu really caters to the Brit pack, so you aren't likely to find many authentic restaurants in town. For something more locally inspired, try Suzzanne's in the centre of town or head into Fethiye to the Mozaik Bahce. The karnivarik, a local taste on moussaka, is delicious.

Open for breakfast, lunch and dinner, El Nino Restaurant & Bar is the place to go if you want quality Turkish cuisine. This eatery is popular with the locals as it serves large portions for very affordable prices.

Things To Do In Hisaronu In February

Turkey is famous for its shopping. Head into nearby Fethiye and browse the stalls of the weekly market to pick up a few bargains; everything from knock-off designer goods to traditional pottery and local crafts. The market runs on Tuesdays all year round, tending to be much quieter off-season without the crowds of tourists hunting for souvenirs. If you're self-catering, there's a wonderful selection of locally produced fruit and vegetables on offer; cheaper and fresher than anything you'll pick up in the supermarket. 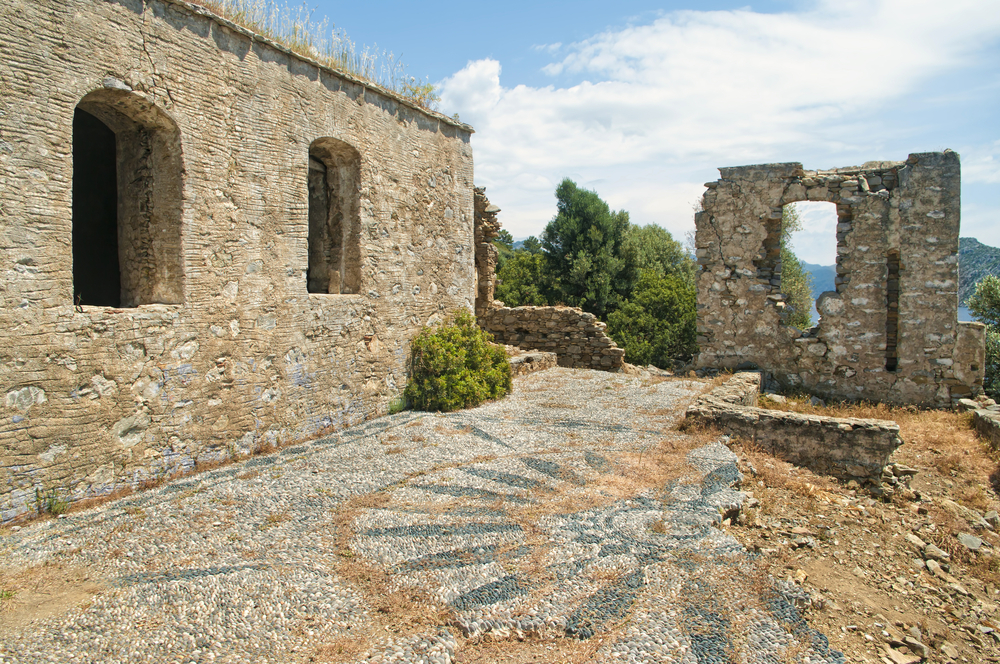 Located in Denizli Province near Icmele, is the natural site of Pamukkale, famous for its travertines and hot springs. The ancient Greco-Roman and Byzantine city of Hierapolis was built on top of the white "castle", and can be seen from the hills on the opposite side of the valley in the town of Denizli. People have bathed in its pools for thousands of years and the area has been declared a World Heritage Site in 1998.

Wearing shoes in the water is strictly prohibited to protect the deposits. There's a museum, showcasing historical artefacts from towns across Lycos valley including Hierapolis, Attudi, Laodiceia and Colossae. In addition to these, the museum has a large section showcasing artefacts found at Beycesultan Hüyük, including beautiful examples of Bronze Age craft.

For some family fun on a dry day, head over to Marmaris Karting (buses run regularly to Marmaris or your hotel can arrange transportation). All the equipment you'll need is available to hire, and there are karts and circuits to cater for everyone, including a recently built challenging new track which is perfect for more experienced kart enthusiasts.

If you need to warm up, visit one of the many spas in Hisaronu. There are a few stand alone spas, but most can be found inside hotels. The Magico Bronzo hotel boasts an amazing spa with qualified staff. Try a foam massage a unique treatment which is sure to leave you feeling peaceful and calm.