Fiji is an archipelago of islands that lies in the South West Pacific region, the entirety of Fiji is home to 322 islands (only 106 of these are inhabited) however the majority of the population is spread across the two main islands of Viti Lev and Vanua Levu. Combined, these two islands are home to 87% of the population.

The islands are mountainous, hot, humid and play hot to fairly typical tropical conditions. Across the different islands, there is very minimal temperature difference, and the main variations in weather are due primarily to differing rainfall as some parts of the islands receive remarkably more rainfall than others.

Fiji's weather is best described as tropical. Across the year temperatures throughout November and April (which are the summer months) are slightly higher than during the winter months of May to September. During the summer months, the humidity is also much higher, aided by the tropical downpours. If travelling to Fiji during this period than be sure to pack light cotton clothes as the combination of heat and humidity can be somewhat oppressive, but it is important to cover up as UV rays are considerably higher in this area than in parts of northern Europe. Between the winter months of May and October, you may find your self needing a light sweater for nights and early mornings when the cool breezes wash over the islands.

This is due to the dominant south-east trade winds are the main reason from any weather variety across the islands. The trade winds trap clouds above the mountains on the south-eastern sides of Vita Levu and Vanua Levu so as a result rainfall in Suva is much higher than in Nadi on the western leeward side Vita Levu.

You will find much more greenery and tropical rainforests on the southern island, and the northern island is great for sunbaking!

Summers in Fiji – (December to April) the wet season.
Summer in Fiji really begins early in December when the mercury begins to rise and the sun begins to beat down with little forgiveness, though the sunshine is broken up by cloudy skies and tropical rains. Summer last right through until April.

Throughout these months the weather is hot and humid, sitting at a sweltering 32oC in the daytime, cooling down in the afternoons when the fairly predictable afternoon downpour comes to visit. Mornings are sunny and great for exploring before the showers set in. 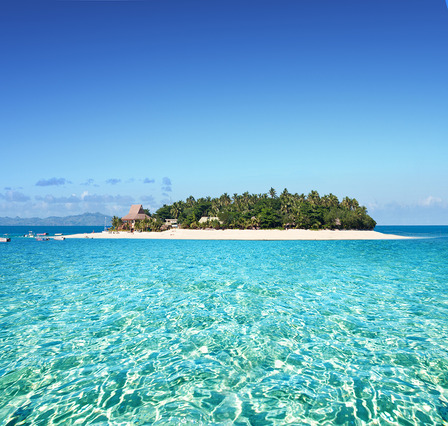 If you have a particular aversion to rain then take a trip to some of the smaller islands as they often miss the rainfall completely and stay dry and sunny for much of the year.

The 'wet season' is a great time to come to see the luscious rainforests, as you will find the rivers are full, waterfalls are overflowing overall terrain is much greener. Obviously as prior mentioned the humidity can be a downside, but nothing that a dip in the Pacific can't sole. Keep in mind that during this time there is an increase in mosquitoes, particularly in the rainforests, so be sure to pack your repellent.

During the summer months, Fiji is at the risk of tropical storms or cyclones, though south of the equator is not as subject to these as places in the tropics north of the equator.

Winter - May to November
Come the end of April and early May the weather in Fiji becomes slightly more moderate. In the day time, the average temperature sits at about 27oC before cooling down to about 19oC at night. when

By midwinter, in about June or July, many parts of Fiji see an absence of rainfall which results in the hills turning brown and the luscious green going into hibernation. However, on the eastern sides of the main islands, notably Suva, Savusavu and Taveuni, rainfall doesn't take a break and the presence of constant precipitation keeps the scenery green and the air clear. 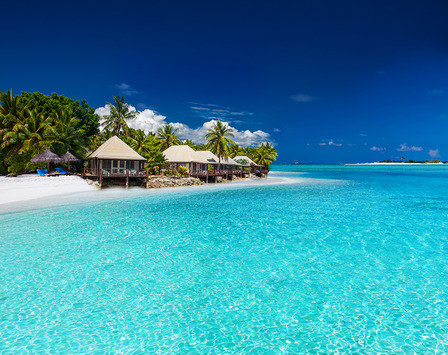 Vita Levu is the more southern of the two main islands and is where you will find Fiji's capital city of Suva. Outside of Australia and New Zealand, Suva is the largest urban area in the South Pacific and is Fiji's largest port.

Suva lies on the east coast of the island and is noted for its high rainfall across the year. If you see here you will see how high the average precipitation is across each month. While most tropical climates have a wet and a dry season, in Suva you can expect rainfall at any time of the year. In Suva, the average temperature across the year stays fairly constant at about 26 to 27 degrees, with minimums falling to 20 degrees at their coolest, and maximums reaching into the high 20's and early 30's.

Lying in a tropical location means that humidity is quite high across the year, sitting in the high 70's, which average relative humidity reaching close to 90% in the month of April.

Suva is much wetter than its western counterpart- Nadi. Nadi is Fiji's 3rd largest city and is the tourism hotspot of the southern island- it is also the location of the international airport. In Nadi, you will find the highest concentration of hotels and motels than any other area in Fiji, so as you can imagine tourism is what drives Nadi's economy.

The west side of Vita Levu has been called 'the burning west' due to the comparative absence of rain when compared to the east coast.

Vanua Levu is the more northern of the two main islands and isn't as densely populated as Vita Levu, which can make it a great holiday destination if you want to avoid the tourist crowds of Suva and Nadi.

The main part of the Vanua Levu surrounded by coral reefs so makes for an incredible diving spot.

The main towns on Vanua Levu are Labasa and Savusavu and there are many gorgeous islands off the coast.

The Yasawa group of islands, is an archipelago that stretches in a north-easterly direction for more than 80 kilometres, is made up of six main islands and numerous smaller islets, and is one of the most spectacular and idyllic spots in the world, and was in fact named the South Pacific's best resort.

It is home to many five star resorts and when on the islands you have the feeling of being the only people on them. The water surrounding them is of enviable blue and the coral underneath the surface is painted every colour of the rainbow. The weather in Yasawa is much like the rest of Fiji, though the landscape is absolutely breathtaking, it is no wonder that Yasawa is one of the Fijian words for 'heaven.'

The islands were only opened to tourism in 1987 and since then it has steadily grown in importance, though permission is required to visit all of the islands. The film Blue Lagoon was shot on one of the privately owned Yasawa Islands.