Torrevieja Weather for May 2020

May sees the end of spring and start of summer on the Costa Blanca, with long, warm days and comparatively little rainfall. In fact, with temperatures reaching above 25C several days of the month, it might even be possible to enjoy a little sunbathing!

The average temperature is 18C, with highs of 23C. The sea begins to warm up as summer approaches, and on average reaches a very pleasant 18C by mid-month. The highest temperature ever recorded in the area at this time is 30C, and it's likely that several days of the month will be above 25C (which really is quite warm). With around 12 hours of sunshine each day, it's looking much more like the beach weather that Torrevieja's famed for! Nevertheless, the heat won't feel too oppressive this time of year so May really offers the best of both worlds: it's cool enough for sightseeing and to make the most of active outdoor pursuits, while just about warm enough to lay out on the sand and soak up some rays!

The three star Hotel TorreJoven is an excellent mid-range choice. The rooms are furnished with all the basic amenities and offer lovely views over the town and ocean. If the décor of the establishment is more shabby than chic, in need of refurbishment, it nonetheless has a homely, comfortable feel. The ground floor boasts an Irish bar and restaurant, serving a range of Spanish and international dishes. During high season there is a disco in the Irish bar most evenings, which is surprisingly family friendly. More importantly, perhaps, the hotel itself is only 700m from the beautiful Playa Punta Prima and 3km from Playa de la Zenia.

Hotel Madrid is another three star establishment in Torrevieja offering similar quality, basic amenities, but with a slightly more modern décor. There is a small pool and Jacuzzi outside, the rooms offer lovely views over the town (it is slightly further from the beach), and there is a bar/lounge on the ground floor. The hotel offers a range of amenities, including bicycle rental.

Playa los Locos owes its name to the old mental hospital which used to be located next door. Rather notorious history notwithstanding, it's a beautiful beach with fine golden sand, stretching 760m from the Palangre Cove. With four surveillance towers, four lifeguards at peak times, a first aid station, as well as many bars and restaurants, it's the perfect choice for a family day on the sand. There are plenty of watersports on offer for the more adventurous, as well as a platform into the sea for jumping off of, and a rope climbing pyramid for the little ones. The beaches is Torreviejo are usually safe to swim, but there can be strong undercurrents. A flag system tells you if it's safe to swim or not, and disobeying the warnings will cost you a hefty fine!

Playa del Cura is integrated with the town's urban sprawl and, thanks in part to its proximity to town amenities and the ease of access by road, probably the most popular beach in Torreviejo. It stretches for 325m, to the south adjoining the Juan Aparicio Esplanade and to the north the Monument to the Mediterranean Cultures (also known as "the Columns"). It has a recently renovated seafront full of bars, souvenir shops, ice-cream parlours and restaurants and in the summer is the venue for the "Noche de Habaneras en la Playa", attracting hundreds of people who come to eat, dance and listen to the lively music of the Habaneras. It also has a tourist information centre, four surveillance towers, four lifeguards at peak times and a first aid station. There are plenty of amenities right on the beach, as you would expect, including chiringuitos, ice cream stands, hammocks and watersports.

Bar Carlos, just by the Friday street market in Torrevieja, is a friendly Spanish bar with great food and entertainment. It's family friendly during the day, serving classic pub grub, and in the evening transform into a busy nightlife spot with karaoke and music. Don't miss the live jazz on Sunday evenings.

El Berliner on Calle Orihuela 5 is a German run bar near the crazy golf course, and serves an excellent 3-course lunch with a bottle of wine for only 7 euros. The atmosphere's friendly and the menu is varied and excellent, with a range of Spanish and international dishes (not to mention a few German classics).

Somewhere between a theme park and a zoo, Rio Safari Park is a fantastic family-friendly day out. They house dozens of animal species, including hippos, tigers, lions and chimpanzees, in semi-natural settings, and the ticket price includes a ride on the "expedition train" (if your legs get tired). There are different exhibitions every day and a variety of activities for children, including an educational farm, petting zoo, water slides and the chance to swim with dolphins and sea lions. The latest exhibit is an island dedicated to endangered Asian orangutans as Río Safari Park is currently taking part in a conservation program to raise awareness and funds, increase knowledge of breeding and care planning, for the conservation and reproduction of the orangutan population in captivity.

A visit to beautiful Tabarca Islandcomes highly recommended. About 18 nautical kilometres off the coast of Santa Pola, Tabarca is the only inhabited island in Valencia. Only 1,800 metres in length and measuring just 400 metres across, at its widest point, it is the smallest permanently inhabited island in Spain. If those facts haven't convinced you it's worth the trip, it's also home to a very important marine reserve that offers visitors the chance to see species like sea bass, grouper, conger eel, and gilthead in their natural habitat. The waters around Tabarca were declared a Marine reserve in 1986, the first of its kind in Spain, and in order to enhance the marine biodiversity and protect it from fishing, an artificial reef was laid near the island by the Marine Reserve authorities. Before 1700, the island was known as Illa de Sant Pau ('Saint Paul's Island') and believed to be the island that St. Paul disembarked on. It was also a refuge for Barbary pirates up to the end of the 18th century. The island's quiet fishing village has an old fort which is very good for exploring, as well as several fresh seafood restaurants, a rocky beach, and several coves and tidal pools ideal for bathing. 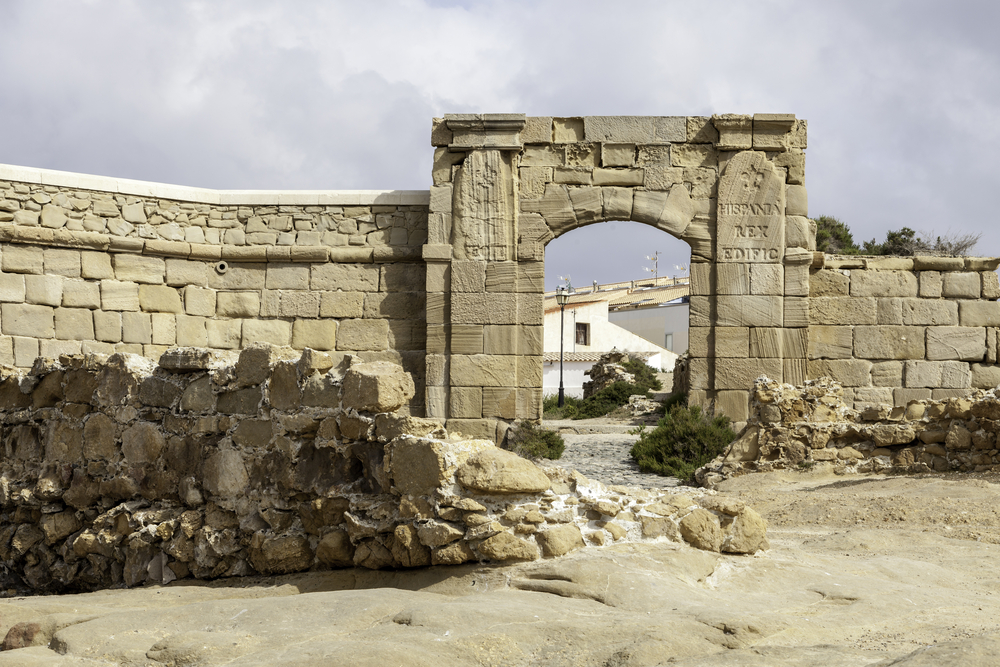