What's the weather like in Marsa Alam in September?

Marsa Alam, Egypt, begins to cool down ever so slightly in September, when the peak summer season comes to an end. During this time of year, the resort enjoys similar weather to Nabq Bay, with temperatures rising up to a sizzling 34°C in the afternoons. Temperatures drop down to around a still warm 25°C after the sun sets. Both high and low temperatures are one degree lower than they were in August, but they still are very high by all accounts. They do decrease slightly in the course of the month, though, both by about 2 degrees. The overall average temperature in September is 30°C, the same as in June and only one degree less than the annual maximum in July and August. The temperature of the Red Sea has also dropped one degree since the previous month, but still averages an extremely warm 29°C, the second warmest sea temperature in the whole year.

Another one-digit decrease is observed in the amount of sunshine per day. The average day in September receives 12 beautiful hours of sunshine, which makes this the fifth sunniest month in the year after the previous four months. 12 sunshine hours per day is still a lot, thougho no complaints there! This small decrease is mostly due to the shortening of the days and the higher percentage of cloud cover.

Cloud cover is at its annual high during the first week of September, when it averages 66%. It then drops to 56% toward the end of the month. These numbers mean that a typical day in September is usually partly cloudy. The sky is, however, never overcast.

Rainfall is virtually non-existent in the resort all-year round and September is no exception to that rule. There is no rainfall at allainfall is not observed on any day this month and not a single raindrop hits the desert floor or the beaches. Make sure to bring an adequate supply of sun cream, a hat, a parasol and swimwear when visiting Marsa Alam in September. You will need it. 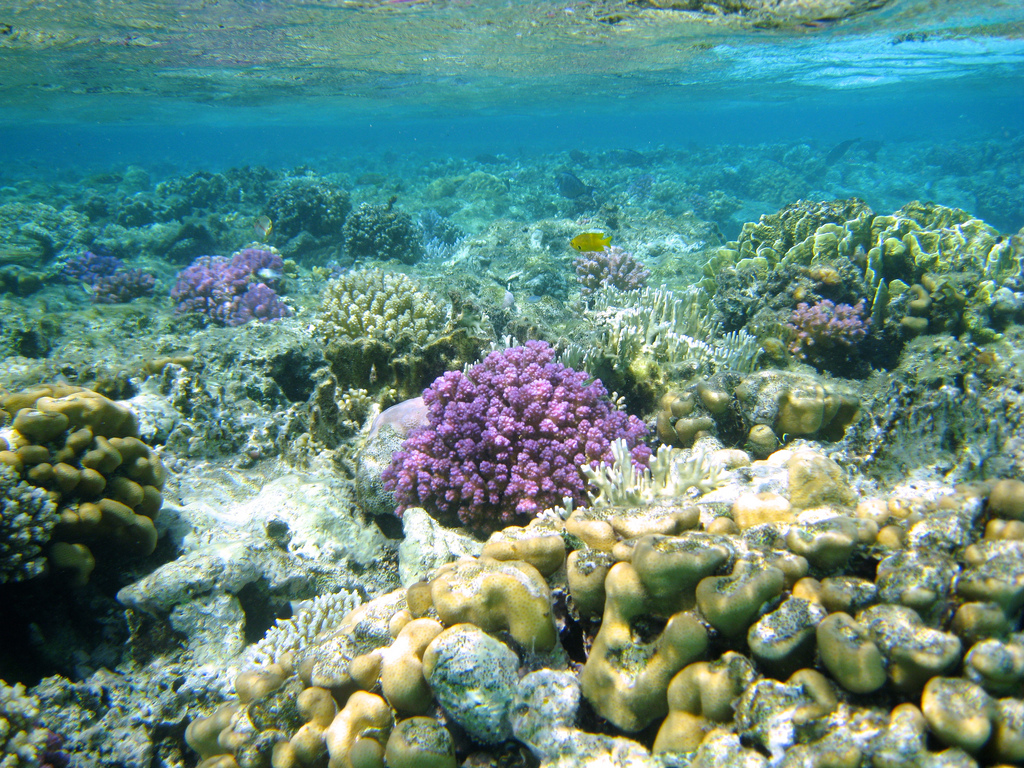 Hotels in Marsa Alam in September

Le Mirage Moon Resort Marsa Alam is great place to stay. This complex offers a variety of rooms and suites, ensuring there is something to suit all tastes, pockets and group sizes. Located about two kilometres outside the Marsa Alam city centre, Le Mirage Moon is squeezed between the stunningly blue Red Sea and the bone-dry inland mountains. It boasts many facilities and services, including two restaurants and bars, a swimming pool, a gym and spa, a professional dive centre, and desert safaris and Arabian Nights.

Beaches in Marsa Alam in September

The peak summer months of July and August are over and the tourist season starts to slow down in September. The resort's beaches become a bit more spacious, which is certainly a luxury. September is arguably one of the best months of the year to pay a visit to this part of the world. The air and sea temperature are still incredibly warm, inviting you to put on beachwear and enjoy the sunshine and warm waters.

Marsa Alam is home to long stretches of beach, many sections of which are taken up by the coastal resorts. Make sure to bring sun cream, a hat and a parasol with you if you're going to spend an afternoon on the beach!

A fine place to go for a bite to eat, a full dinner or simply a couple of drinks is the Utopia Beach Club. This accommodation features three restaurants and a few bars and cafés. Especially the Fisherman's Beach Hut is a recommended place to go for dinner. This cabana serves delicious seafood right on the beach, accompanied by candle light and traditional Egyptian music.

Things to do in Marsa Alam in September

If you would like to try your hand at diving or snorkelling, head to Marsa Mubarak for a chance to spot dugongs and turtles. Because the bay is sheltered the waters are incredibly calm and visibility is fantastic, especially in the early morning.

Thirty minutes away from Marsa Alam lies Cleopatra's Mine, one of the most popular attractions in the area. This site is where Egyptian pharaohs would dig for emeralds and other precious stones. Here you can see the ancient columns that have been carved out of rock, and even explore the old mineshafts yourself.

A trip to the historic town of El Quseir is a great half- or full-day excursion from Marsa Alam. This ancient port town is the oldest on the Red Sea coast and dates all the way back to the times of the pharaohs. There are plenty of attractions in this impressive town, including an Ottoman palace; the old town centre with its narrow streets, fishing harbour and bazaars; the El Quseir castle; and Roman ruins.