Cayo Coco Island, part of the Jardines del Rey archipelago off the northern coast of Cuba, is renowned as one of the most idyllic tropical holiday destinations in the world. Its sub-tropical climate, which translates into an average yearly temperature of no less than 28°C and little seasonal weather variations, boasts warm, dry winters and hot, wet summers.

Much like in Mexico, with which it shares the same latitude, swimming in the crystal waters, diving among the reefs, basking in the sun on the pristine beaches and partaking in fun activities are enjoyable activities all year long. This is by far one of the least visited corners of Cuba, and still unperturbed by mass tourism, which makes it all the more attractive. Cayo Coco is simply ideal for nature lovers and all those who prefer to get off the well-trodden tourist path. This island haven is home to 11 fantastic all-inclusive resorts, each boasting an impressive array of fantastic activities, attractions and inclusions to suit all tastes, budgets and ages.

Whether you're visiting during dry season (December to April) or wet season (May to November) you'll always find plenty of fantastic things to see and do in the fabulous resort. The dry season roughly correlates with the period of late-autumn through early spring in more northerly places in the Northern Hemisphere, while the wet season falls between late-spring and early autumn. 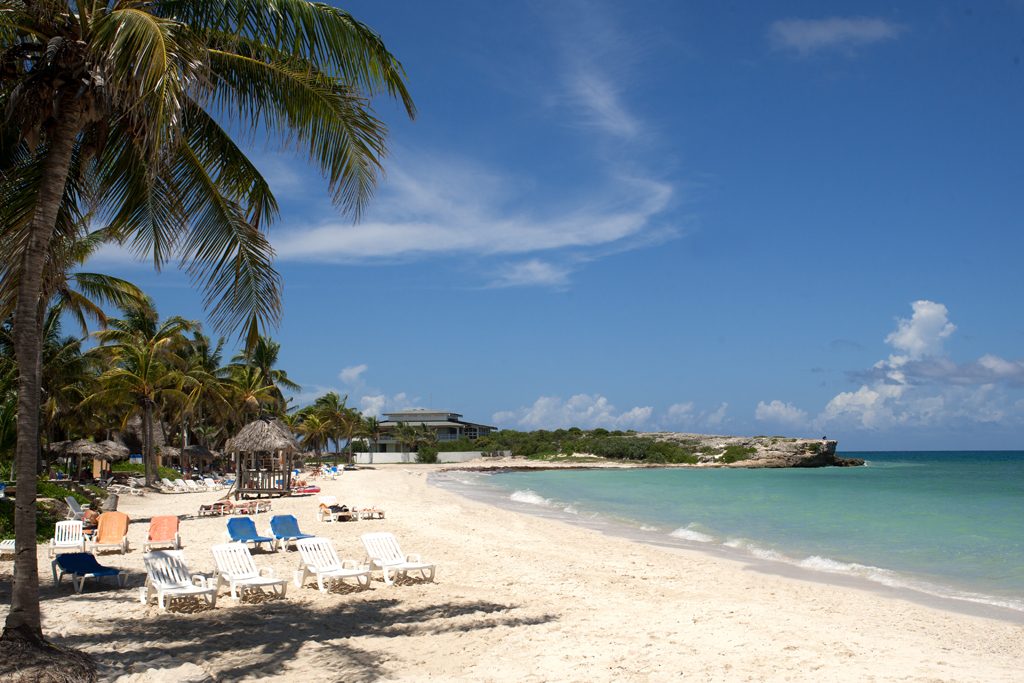 Considered by many to be the ideal time to visit, the dry season boasts daytime temperatures in the high 20°s and night-time lows of between 17°C and 19°C. This is often preferred to the dry season months, which can get unbearably hot and humid. January may be the coolest month of the year, with an average temperature of 22°C, but it is certainly not cold. In fact, it is comfortably warm enough for swimming, with highs of 27°C.

At this time, you'll enjoy an average of 7 to 8 hours of daily sunshine, which is, incidentally, the lowest number of sunshine hours per day in the year. This also attests to the gorgeous weather that can be enjoyed in Cayo Coco all year round.

The beautiful average sea temperatures of about 26°C makes winter an ideal time of year to take part in water sports. This is actually as "cold" as the Caribbean Sea ever gets! Scuba diving is at its best in the dry season because the lack of rain and thunderstorms means you can enjoy perfectly calm waters as well as maximum visibility. You may still experience some rain during these dry months, but showers are very few and far between and, usually, of very little consequence. The months of January and February are by far the driest months of the yearetween them they don't receive more than 6mm of rainfall in total. March and April also tend to be very dry months. Each month in the dry season doesn't have more than 7 days of rainfall, although December receives the most with 27mm across the month.

Nonetheless, December is the busiest month of the year and it's certainly not hard to understand why Europeans and North Americans would choose to spend their annual vacations in this sublime tropical haven. With averages of 23°C, highs of 28°C and lows of 18°C, swapping a cold and blustery Christmas Day for one spent perfecting a suntan on a divine beach fits most people's idea of perfection. January will see a drop of one or two degrees across the board, yet an increase of an hour in the daily sunshine average, which becomes 8 hours per day. March and April both have 9 hours of sunshine per day.

The increase in temperature continues steadily over February, March and April, albeit slowly. The average rainfall will still impinge on only 6 days per month and the humidity will decrease from 80% in December to reach its lowest peak, of around 74%, by the end of April. 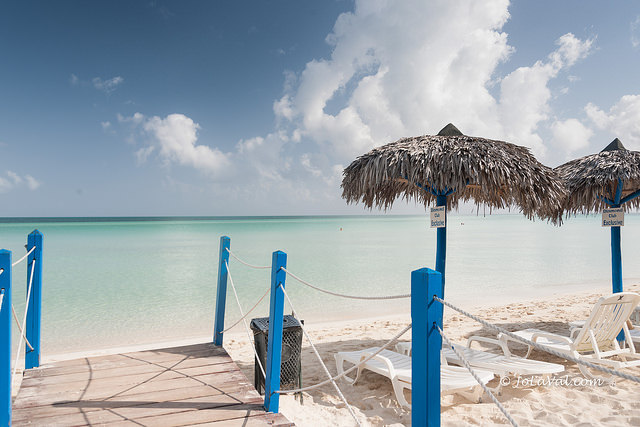 If you are a lover of intense heat, then you will certainly enjoy Cayo Coco in summer! Add those high temperatures to the intense humidity and regular thunderstorms, however, and you may find the months of June, July, August and September a little harder to cope with.

This is also hurricane season in Cuba, effectively ruling out scuba diving on most days. Yet despair not, as there are still countless things to do in Cayo Coco even when the weather refuses to co-operate.

May sees a significant increase in humidity and rainfall, yet the temperatures are still quite enjoyable, much like October at the tail end of the wet season. With an average air temperature of 26°C, and sea temperature of 28°C, enjoying the gorgeous beaches on clear days is absolute bliss in May. June sees a sharp increase in heat, with temperatures creeping up to 32°C in the afternoons and remaining at about 23°C during the nights.

May is by far the wettest month of the year, with a grand total of 49mm of rainfall spread out over 10 days with rainfall. This is a drastic increase compared with the 5mm total that is recorded in April, the last month of the dry season. Rainfall totals fluctuate between 15mm and May's 49mm during the wet season. Any month during this period is subject to heavy rain showers and thunderstormshere are between 10 and 14 days with rainfall per month in the wet season. Luckily, these downpours are generally short-natured. They can be quite heavy and overwhelming, though, but the good side is that they usually quickly make way for sunshine again.

During this wet period of the year, the humidity can be arduous to even the most tropical of visitors. July and August boast similar conditions, with average temperatures reaching a peak of 28°C, highs of 33°C and lows of 23°C. If you opt for budget accommodation, do ensure that it comes with an air-conditioning unit! Although the rainfall in these two months will be considerable, you can still also always expect beautifully dry days for at least half the duration of your stay.

In terms of sunshine, the wet season is also the sunniestnother indication that the rain showers tend to be very brief. From May through August, you may expect 10 glorious hours of sunshine per day on average.