Playa del Carmen receives a tropical climate with high temperatures and moderate rainfall year round. There are pronounced wet and dry seasons with the highest temperatures occurring during the wet summer. The resort sits in the south of the Yucatan Peninsula, on the east coast of the Quintana Roo state in Mexico. The city is just south of Cancun and is the closest port to Cozumel Island which sits just across a small channel. Playa Del Carmen's climate is almost identical to these resorts. Sitting on the Atlantic coast the resort is prone to hurricanes. Hurricane season lasts from June till November. 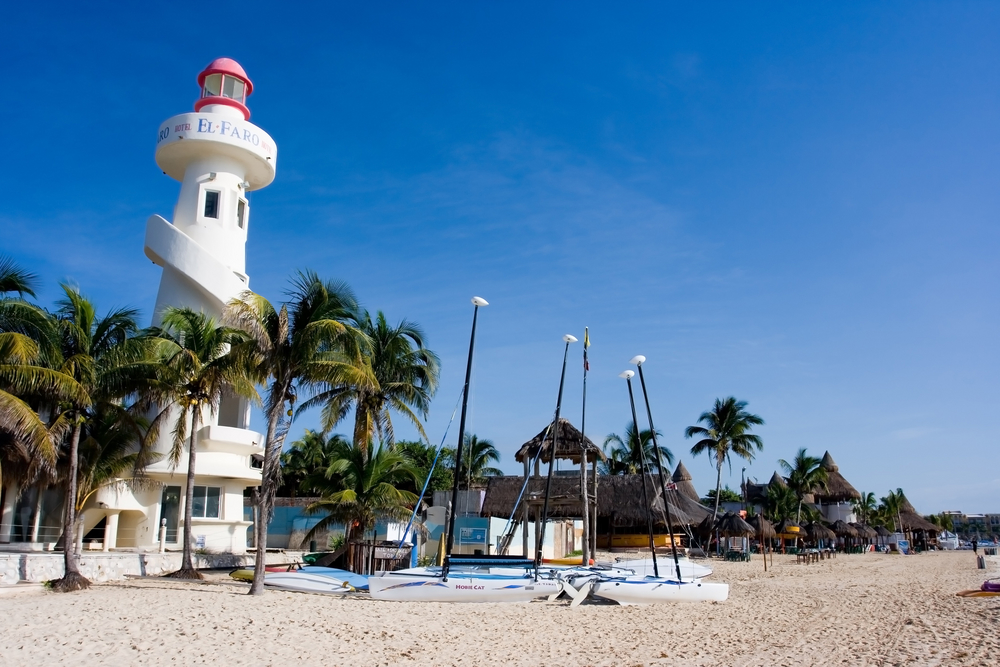 The dry season, from November till May, sees low levels of rain. In tropical locations heavy rain storms can never be ruled out but in the dry season they are decidedly rarer and lighter. The season begins with the dangerous tail end of the hurricane season and a drop in temperature. The average high temperature falls just below 30°C from November till February, after which it climbs back to around 31°C. 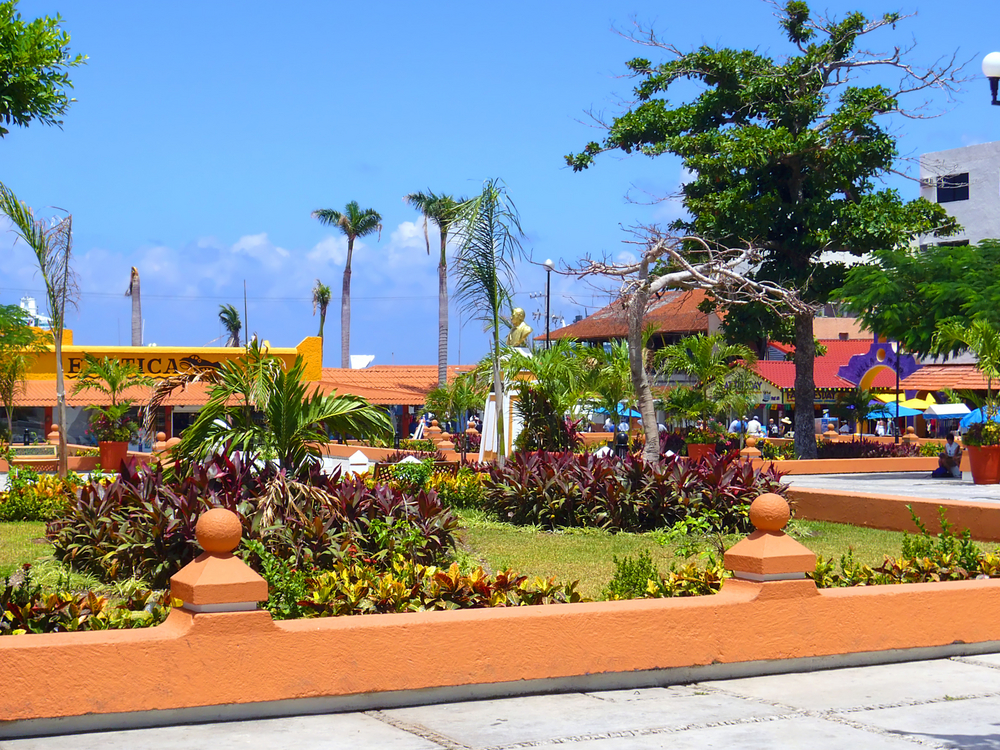 Night time temperatures are usually around 10°C below the day time highs which may sound refreshing but 20°C is still very hot. In November, you can expect average low temperatures to sit at around 21°C, dipping lower in December and January to 19°C, and then rising to 20°C in February, 21°C in March, 23°C in April, and a very warm 25°C in May.

Air-conditioning is still a necessity in this season if you aren't used to tropical climes. Thankfully, humidity is at its lowest during this season making the heat more bearable, but it increases again, as does rainfall, from April as the rainy season approaches.

Rainfall during the dry season is pretty non-existent. Between January and May there is never much more than 17mm of rain throughout the month. In November and December this increases slightly, with around 29mm and 21mm respectively.

The sea is consistently warm all year round, thanks to Playa del Carmen's tropical climate,. In the dry season they languish at above 26°C. November and May experiences sea temperatures of 28°C, whilst in December, January, and April the sea basks at around 27°C, and in February and March the temperatures dip slightly to 26°C. The warm temperatures of the Caribbean Sea make it perfect for snorkelling and diving a popular activity in Playa del Carmen.

Sunshine in the first three months of the dry season is less reliable than the sea temperatures, though each day sees around 8 hours of sunshine. In February this rises to 9 hours, and in March and April you can expect to experience 10 hours of sunshine per day. There is plenty of time throughout the dry season to get out and about in the daylight and explore all the cultural attractions and beaches that Playa del Carmen has to offer. May is the month with the most sunshine, with around 11 hours per day.

February is considered to be the best month to visit the area; the average high is just below 30°C; the sun stays out for 9 hours per day; rainfall is almost at its lowest and humidity is yet to increase. It is the perfect time to escape the cold weather of the Northern hemisphere for tropical, Caribbean climates.

The wet season, from June until October, has fiery temperatures and a fiery temperament. The average high pushes up to 33°C and rainfall levels increase dramatically; but weather conditions are incredibly changeable; clear skies can suddenly by masked by thick, brooding clouds which then blacken and burst. Tropical rainstorms are violent. Heavy rain is whipped about by strong winds and flash flooding can occur. The storms usually clear as quickly as they develop thanks to the tropical climate, often leaving lovely clear, blue skies in their wake. 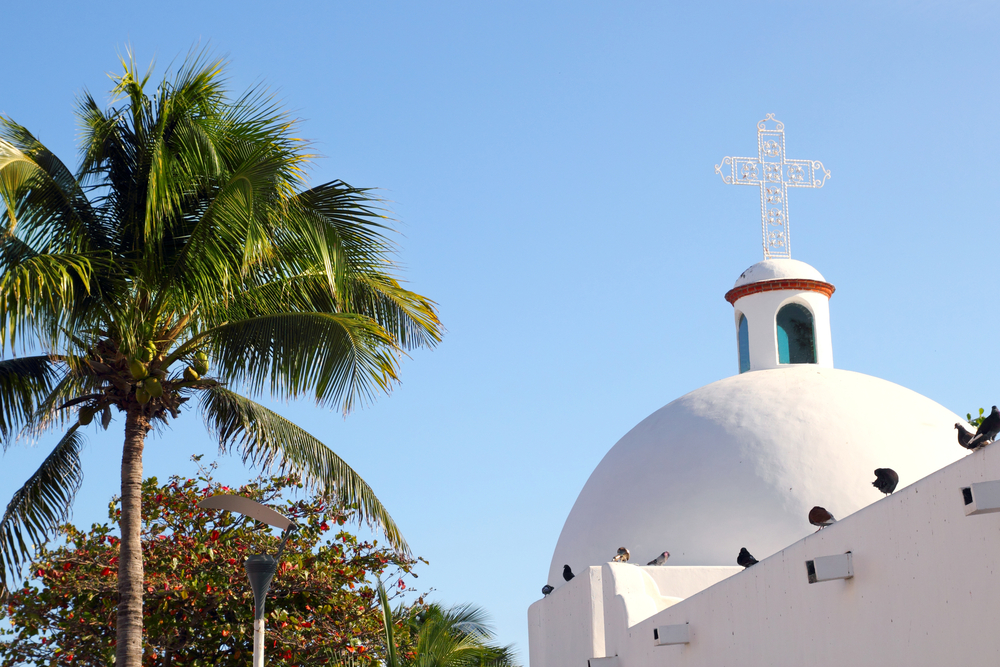 Rainfall increases dramatically at this time of year, jumping to 173mm in June, 156mm in July, 164mm in August, 173mm in September, and then dropping slightly to 114mm in October. It is a good idea to pack an umbrella and some waterproofs if you are visiting at this time of year.

Humidity is consistently stifling during the wet season. If the rain fails to fall the sky can remain overcast for prolonged periods, but from June till August each day sees around seven hours of sunshine. In September and October this diminishes slightly to 9 and 8 hours respectively still providing you with lots of daylight to explore the beaches and cultural sites that Playa del Carmen is so well known for.

Thanks to the resort's tropical climate, the sea temperatures remain high all year round. Throughout the wet season, the warm, Caribbean waters barely fall below 28°C, staying consistently warm throughout the season. They rise in August, though, to a very warm 29°C perfect for swimming, splashing about in the shallows, and exploring the colourful underwater world.

There is a risk of hurricanes throughout the season but the chance of being hit increases through the months. September through till November is the period of greatest risk, though travel to the area at any time should be pre-empted by a check on hurricane activity.

Playa del Carmen's climate can be attributed to its near-equatorial location on a North Atlantic coast close to the Gulf of Mexico. This puts it in the path of hurricanes and ensures tropical heat year round, tempered slightly by the sea currents and breezes. The north trade winds are strongest in the dry season and are responsible for this season's slightly reduced temperatures.