The latest and today's weather in Alanya , Turkey updated regularly

Alanya is a popular coastal resort city located on the southwest coast of Turkey. Home to almost half a million inhabitants and a large contingent of European expats, the city is bustling throughout the whole year. The resort is famed for is its enviable weather. Located on the Mediterranean Sea, the climate in the city and surrounding area is typical of the region, with long, hot summers and mild, rainy winters. Lying on a small peninsula sheltered by the Taurus Mountains, this is a fantastic beach destination that is home to amazing weather all year round.

The Taurus Mountains that are situated behind the town act as a wind-break, meaning that the cold winds that blow from the north are broken up before reaching the coast. As a result, it is cooler and drier than areas that are in fact reached by the winds. You will find plenty of sun, warmth and ideal swimming conditions for almost eight months of the year. The ocean temperature in August boasts an average temperature of 28°C. Even in the winter months the average sea temperature sits at 16°C to 18°C, which isn't exactly unbearable!

Just like nearby Antalya and Manavgat, other popular seaside towns, Alanya is characterised by more than 310 days of delightful sunshine per year. You can count on experiencing a plethora of sunrays no matter when you visit the resort. The number of daily sunshine hours reach 14 in June and July and don't fall below an exceptionally high minimum of 7 sunshine hours a day in mid-winter.

Again, this is a magnificent beachside destination throughout the year, superb in summer and comfortably warm in winter. If you are planning on visiting Alanya, you can check out an up-to-date and detailed weather forecast on this page. 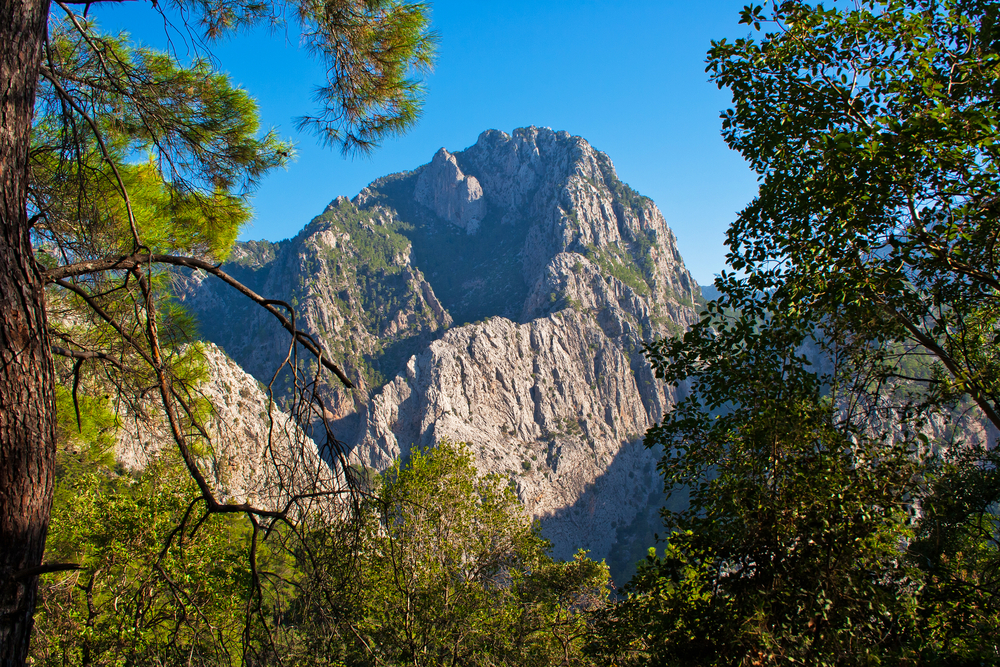 Spring is a beautiful time to visit the area. This can be considered to be a shoulder month because the weather develops from the cool winter season toward the hot summer season and it is relatively calm in terms of tourist numbers. The spring months of March, April and May are all characterised by increasing temperatures and sunshine hours and decreasing precipitation levels.

March marks the official end of winter in Alanya with an average temperature that is now at 13°C. That average will rise rapidly in the course of the monthpril is 16°C warm and May already reaches an average temperature of 20°C. Afternoon temperatures are significantly higher than those averages. They increase from 17°C in March to 24°C in May. Nighttime temperatures remain relatively cool throughout spring, though, ranging from 9°C to 15°C.

The resort has an average sea temperature of 17°C to 20°C in spring. Although this is not cold by any means, it might still be chilly enough to keep most visitors out of the sea for now.

In terms of rainfall, spring sees dramatically decreasing precipitation numbers. March is by far the wettest month, receiving 106mm of rainfall over 11 rainy days, while May is significantly drier with its total of only 36mm and 9 days with rainfall. May, in fact, marks the beginning of the dry part of the year.

The benefit of visiting during this time is that you will avoid the throngs of tourists that visit the region in the height of summer. 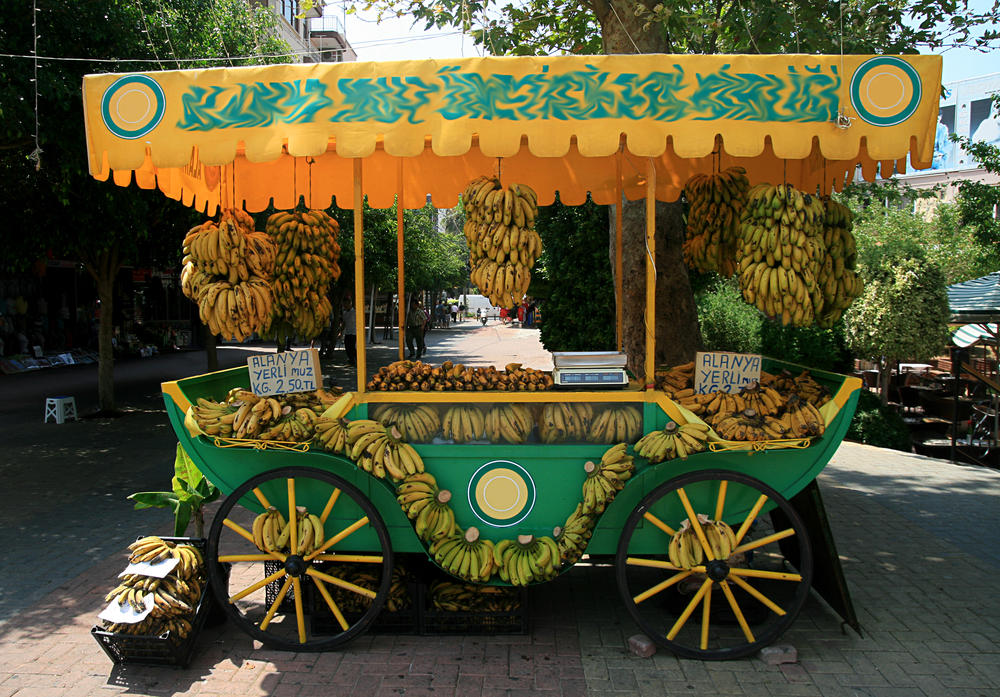 Mediterranean climates often see very hot summers, and Alanya is no exception to this rule. The peak summer months of July and August see average highs of 31°C, and temperatures well into the 30°s are not uncommon. Throughout summer, which runs from June through September, the nighttime temperatures do not fall below 18°C, which make the evenings exceptionally comfortable. The temperature of the Mediterranean Sea is at its highest in August when it averages a steamy 28°C.

Very little rain falls throughout summer. In fact, none of the summer months receive more than 10mm of rainfall, which is a very, very low total indeed. The number of days with rainfall per month ranges between 4 and 6, which, again, is extremely low.

As rainfall is at its lowest this season, sunshine is at its highest. June and July both have an incredible 14 hours of sunshine per day on average. August has 13 hours and September has 12 hoursll numbers that are extraordinarily high. It is no surprise that this is such a popular destination in summer.

Autumn is a beautiful time to visit the area as well, featuring pleasantly high temperatures and plenty of sunshine. With a sea temperature that ranges between 24°C in October and 21°C in November, swimming is still absolutely possible this season. In addition to that warm sea water, you can also revel in the average daily highs of 21°C to 25°C. Nights get cooler, though, with average low temperatures between 12°C and 15°C.

After the dry summer season, autumn sees rainfall totals increase swiftly. While September had no more than 10mm of rainfall, October receives 80mm of rainfall in total in the course of the month. November is much wetter still, with a total of 171mm. In fact, November is the fourth-wettest month of the year in the resort, after the three following winter months. 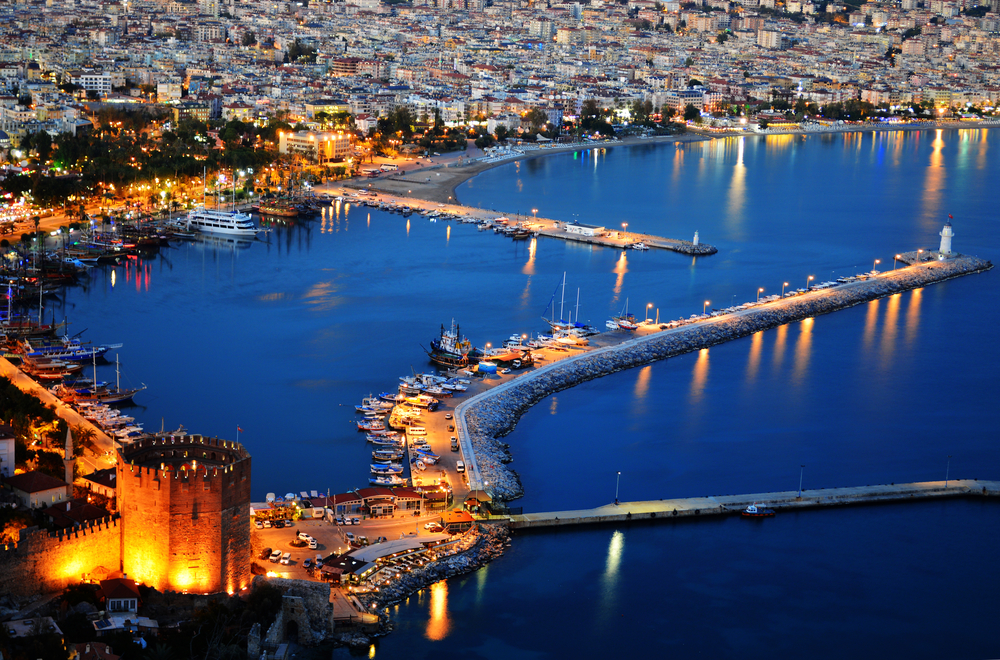 Winters in Alanya see average highs of 15°C to 17°C, which are about as warm as an exceptional spring day in the UK. Minima throughout winter fall to a tolerable 7°C to 9°C, so you'll need a coat. A coat with a hood is preferable considering the regular rainfall.

Winter is the wettest of all seasons in this region. January and December are by far the two wettest months, respectively receiving 227mm and 224mm of precipitation in total. February and the autumn month of November are third and fourth.

Although air temperatures are reasonably comfortable to spend most of your time out of doors in winter, the relatively low sea temperature of between 16°C and 19°C will limit your range to land-based activities.