Located on the north coast of Tenerife Island, Puerto de la Cruz is one of the Canary Islands most popular tourist destinations.

The town experiences a year round, warm Mediterranean climate even though it is situated in the cooler Northern part of the island. Puerto de la Cruz is perfectly placed at the base of the La Orotava valley, allowing it to receive less rain and more hours of sunshine than the rest of the north. The region still has enough rainfall to maintain its lush sub-tropical appearance.

The weather can be less consistent than in the south and the beaches do not compare. Given this; Puerto Cruz appeals to a wide variety of holidaymakers, even though the winter months attract more established guests, especially from central Europe.

The temperature varies only minimally throughout an entire year ensuring an ideal beach holiday at any time of the year. Thanks to the short flight time and mild winter months Puerto de la Cruz sees many people vacating to this beautiful area escaping the cooler climates of many other European destinations. The warmer sea temperatures mean that you can swim in winter if you are feeling a bit brave and by summer the water is lovely and warm.

The summer months in Puerto de la Cruz fall between early June and late September. The average temperatures range between 17 -20 degrees Celsius with the daily lows fluctuating between 13 16 degrees Celsius and daily highs between 21-23 degrees Celsius. Highs of over 40 degrees Celsius have been experienced in July and August so prepare yourself for the possibility of an extreme heat wave.

Very little rain falls during the summer months so you should have hours of uninterrupted sunshine for some fun on the beach or a few rounds of golf. The peak of summer sees rainfall at an absolute minimum with less than two days of rain on average in June. The whole of summer usually results in about 12 -14 mm of rain spread out over 9 11 days. 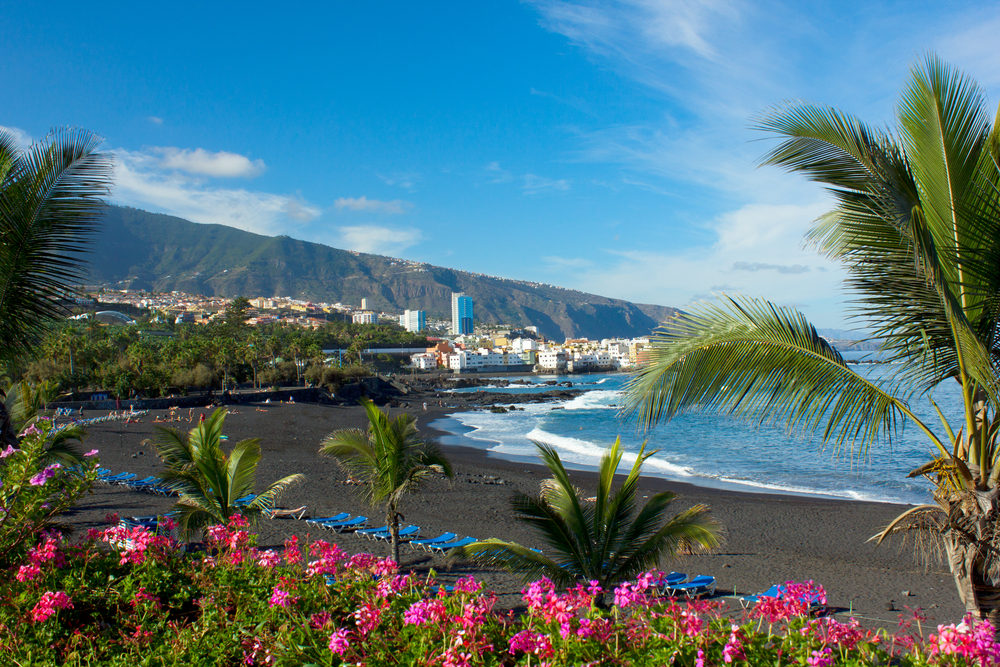 The town experiences eleven hours of sunshine everyday from June to September. If you plan on swimming the highest sea temperatures can be found in September with an average of 24 degrees Celsius. This is perfect time for a relaxing or action packed holiday on the beach and with fewer crowds then the rest of Tenerife; Puerto de la Cruz is a great option. The largest crowds are found during the height of the summer school holidays from July to August.

Autumn in Puerto de la Cruz is mild with temperatures averaging between 16 18 degrees Celsius. As the season progresses daily lows fall to around 13 degrees Celsius. The cooler weather means that the town is less crowded then in the summer months, which makes it a great time to visit for those people looking for a quieter holiday. October is a popular time for golf holidays as the weather cools but the rain is still minimal.

The average rainfall increases, with November being the second wettest month of the year, receiving on average of 42.5mm or rain spread over ten days.

You can still enjoy eight nine hours of sunshine through the autumn months in Puerto de la Cruz. That is more than twice the average for the United Kingdom at the same time of year.

Winter in Puerto de la Cruz is the wettest and coldest season of the year. Temperatures average between 12 and 14 degrees Celsius. This means the winters are mild in comparison to most of Europe. The short flight times make this a good choice for a short break away from the severe winter weather. The average highs range from 16 degrees in December to 14 degrees in January and picking up again to 15 degrees in February. The coldest day ever recorded in Puerto de la Cruz was January 16th 1988 when a low of 8 degrees Celsius was recorded in the resort town.

December is the wettest month of the year with around 83mm around spread out over twelve days. You can still be lucky and catch a few days of sunshine with an average of seven hours of sun every day.

The sea remains warm with temperatures averaging 21 degrees Celsius throughout the winter months. If you want to swim or go scuba diving a wetsuit is recommended.

Despite the milder weather you will still have an average of 7 to 8 hours of sunshine each day giving you plenty of time to work on your tan and soak up some warmth. The winter season sees smaller crowds and hotel prices drop dramatically. If you want a bargain, quite holiday or just a bit of warmth Puerto de la Cruz is a great option. 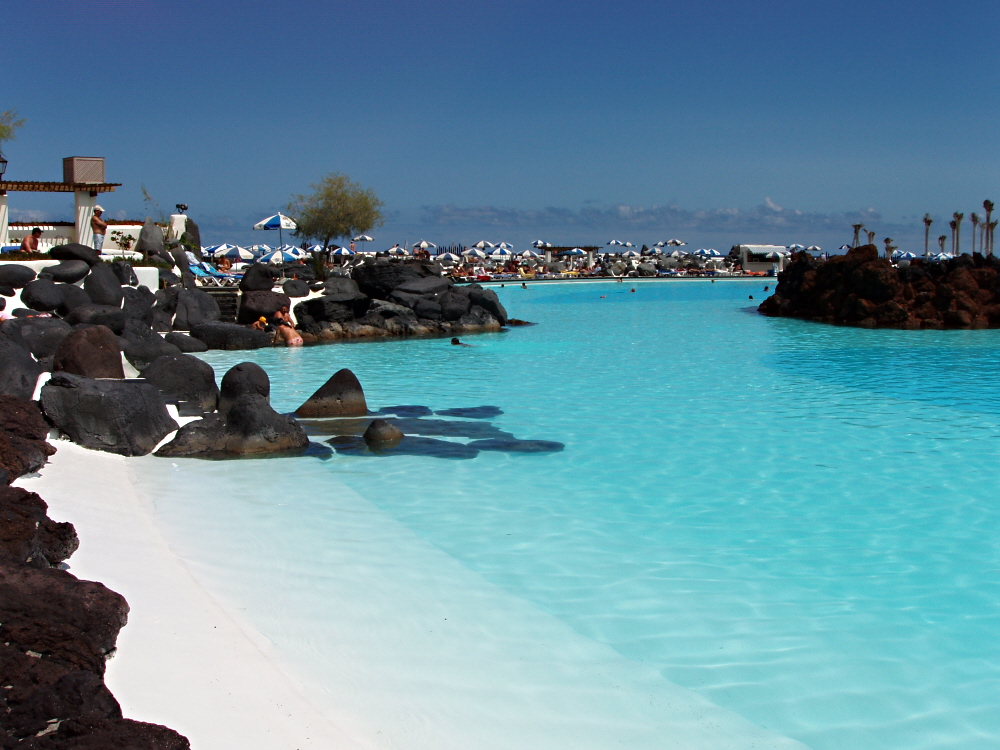 Spring is a wonderful time to visit Puerto de la Cruz. The days are getting warmer with daily averages of around 14 -15 degrees Celsius. The average daily high temperature is 17 degrees and the days get warmer as the season progresses. Lows of 10 11 degrees are normal for this time of year making this an ideal sunshine break from the still bleak weather in the North. The holidays in April bring a number of tourists wanting to escape the cooler weather.

March can still be quite wet with an average of 27mm of rain spread out over eight days but this falls dramatically by May which receives just 4mm of rain over two days.

You should get 9- 10 hours of sunshine per day, allowing lots of tanning time by the hotel pool or on the beach. The sea is a balmy 20 degrees Celsius making a dip in the ocean a tempting prospect after all that tanning.

This is a popular time for golf and sightseeing holidays as the weather warms up and fewer days of rain are experienced. The weather can still be a little cool for a beach holiday in March but it is perfect by May. Peak season only starts in June so spring is a wonderful time for a sunny holiday without the crowds.

Puerto de la Cruz is known for its calm and mild climate. However in July and August temperatures can flare with highs of over forty degrees Celsius recorded.

The island of Tenerife on which Puerto de la Cruz is located experiences dust storms known as Calimas. These dust storms are blown in from the Sahara and can cause high temperatures and low visibility. People who suffer from respiratory conditions are often affected by the dust storms. The winds increase the temperatures to the point that is unpleasant to be outdoors.

Puerto de la Cruz is fairly sheltered from the worst of these storms by the hills that surround the town but that doesn't mean you shouldn't prepare for this extreme weather. A hotel with air conditioning is a good place to hide out until the winds pass and the temperatures cool down to normal.