The month with the highest rainfall is December, seeing an average of 75mm over 13 days. The month with the lowest rainfall is July which will only see 1mm of rain over 4 days. The maximum hours of sunshine in Adeje are 10 hours in July whilst the lowest hours of sunshine are 6 hours in the months of November, December and January, which is pretty good for winter!

Adeje is located on the south west coast of Tenerife in the Canary Islands and it takes roughly 4 hours 30 minutes to fly from the UK to Adeje, but of course the duration can change depending where in the UK you will be departing or if you are flying from another country. 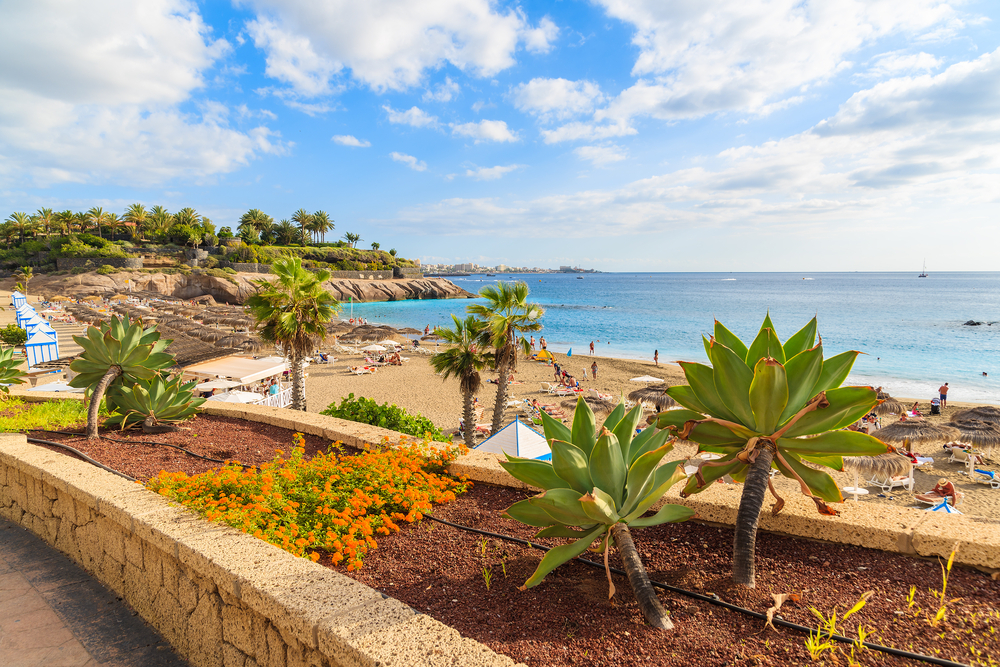 July will also have 10 hours of sunshine which is allows for a lovely amount of time to spend outside. August and June both receive slightly less with 9 hours a day each and the figure drops to 8 hours per day in September as autumn approaches. In June the average sea temperature is 21°C but it increases in July to a warm 22°C then moving into August and September it reaches its annual peak of 23°C lovely for swimming!

The autumn months in Adeje, Tenerife last only briefly from October to November and enjoy ongoing lovely warm weather. Starting in October, the average temperature is 23°C which then decreases to 21°C in November. During these months, temperatures can still reach a high of up to 26°C and have a low of 18°C in the evenings. Whether the temperatures are at their highest, lowest or anywhere in-between, you will still be able enjoy everything about Adeje including the beaches and waterparks. 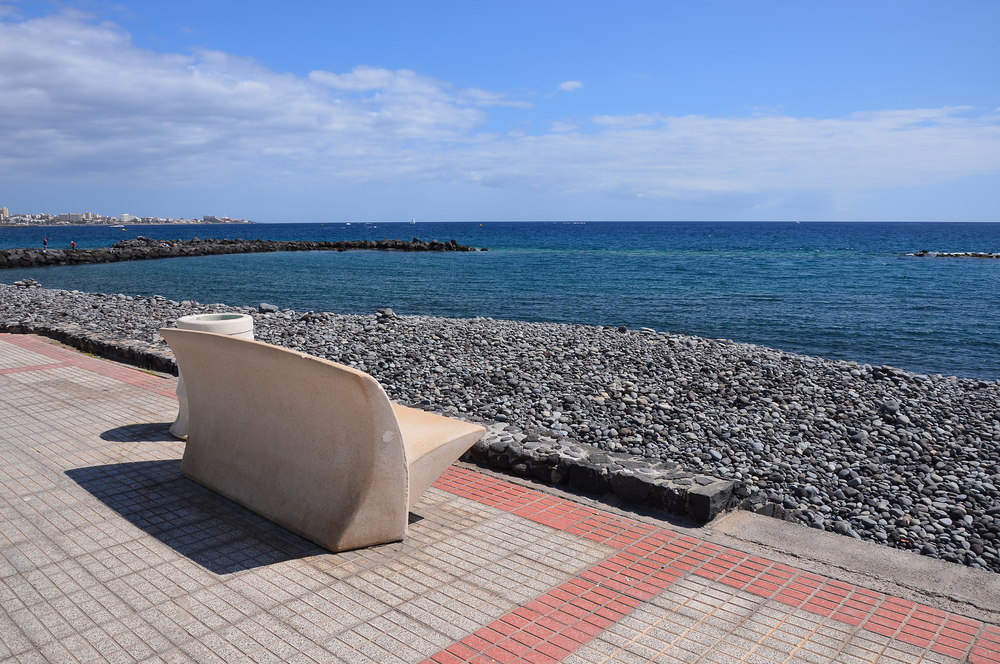 The average sea temperature in December is a very pleasant 20°C and then moving onto January and February will decrease to 19°C which is the lowest sea temperature in the year but if you are brave you could perhaps still swim! December and January will also see a 6% chance of a cloudy day which will then decrease to 3% by February. Throughout winter there are still 6 or 7 sunshine hours per day which is an improvement on other locations in northern Europe.

Spring in Adeje starts in March and sees lovely warm temperatures throughout. In March and April the average temperature is 19°C which then increases to 20°C in May. There are also peaks of 22-23°C and lows of 16°C have noticeably improved since winter.

This is a damper time of the year however with the average rainfall at 42mm in March, decreasing to 31mm in April and then again in May to 11mm. March will also see 7 hours of sunshine which will increase to 8 hours in April and then again to 9 hours in May indicating summer is well on its way. Starting in March and April, the average sea temperature is 19°C which is the lowest of the year along with January and February, but it then increases to 20°C in May.

If you would like to see how these averages are calculated please visit this page.

During the months of February and March dust storms can be quite common in the area and will occur on between two to seven days a year, lasting between two to twenty two days if they occur. The months of July and August can also see bushfires, but this has never stopped holidaymakers flying to Adeje as disruption is kept minimal. The months from December through to March could experience floods due to a deepening low pressure system located just west of the Canary Islands.