The latest and today's weather in Tunis , Tunisia updated regularly

Tunisia has a climate influenced both by the Mediterranean Sea and the African continent. Since Tunis, the capital, lies on the north coast of the country, its climate takes more influence from the surrounding Mediterranean Sea. This results in Tunis seeing hot, dry summers and mild winters. Most of the rainfall occurs in winter, while summer has little or no rainfall at all. It never gets cold in Tunis and you can rely on getting sunshine year round.

Summer weather is simple in Tunis hot and sunny. The peak summer months of July and August have average highs of around 33°C, and lows that don't fall below 20°C. This weather by be ok for lying by the pool or on the beach, but if you're after a more active break it can be very hot indeed. Summer weather begins in May and ends in late September. Summer is very dry indeed average rainfall in July is just 3mm and only a little higher in June and August. Basically clear blue skies dominate summer day's average 12hrs of sunshine. Temperatures can sometimes rise very high during a summer heat wave, especially if the usual cooling sea breezes fail. Tunis has seen temperatures hit the 40s. Hot weather can prevail when the wind blows in from the Sahara, bringing hot, dry and often sand-laden air. This can make for very uncomfortable weather. The majority of the time, however, Tunis is relieved by cooling sea breezes of the Med meaning that temperatures are rarely as high as the regions inland and to the south. 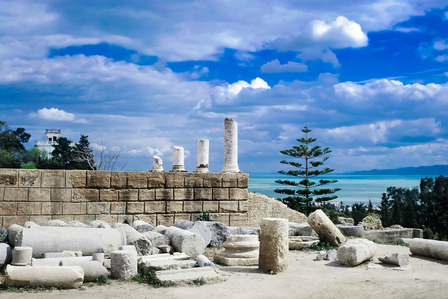 Winter is mild in Tunis average temperature drops to its lowest in January at 12°C. Even then it is not uncommon to get a sunny winters day with the temperature approaching 20°C. At its lowest, temperature doesn't tend to fall much below 8°C. This weather makes Tunis a popular destination for Europeans looking for a spot of winter sun without having to travel to far a field. Rainfall does occur in Tunis in winter but it is not especially high. The wettest month is December with an average rainfall of 67mm. The period from October to February sees the most rain. Still there is a lot of sunshine during winter (5-6hrs per day on average) as most of the rain falls in short heavy showers and during winter storms that come in from the Med. 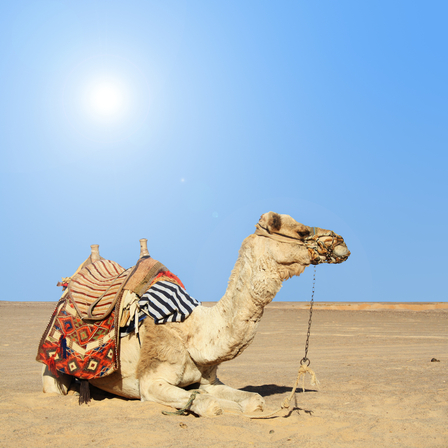 Winter is mild in Tunis. Wind blows in from the Sahara.

These two periods either side of the baking summer heat are arguably the best time to visit. Temperatures are very pleasant, usually averaging in the low 20s. April and October are both very good, with daytime highs around 25°C and lows in the mid teens. November and March are a little cooler but you'll still get frequent sunny days in the low 20s. May sees summer weather, although it is not as blistering as mid summer. Rainfall is slightly higher in autumn than it is in spring. Late autumn is when the wettest period begins, and by the end of March it gets much dryer again. 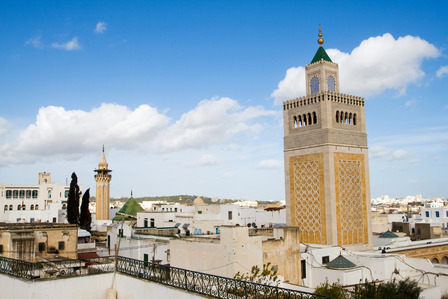