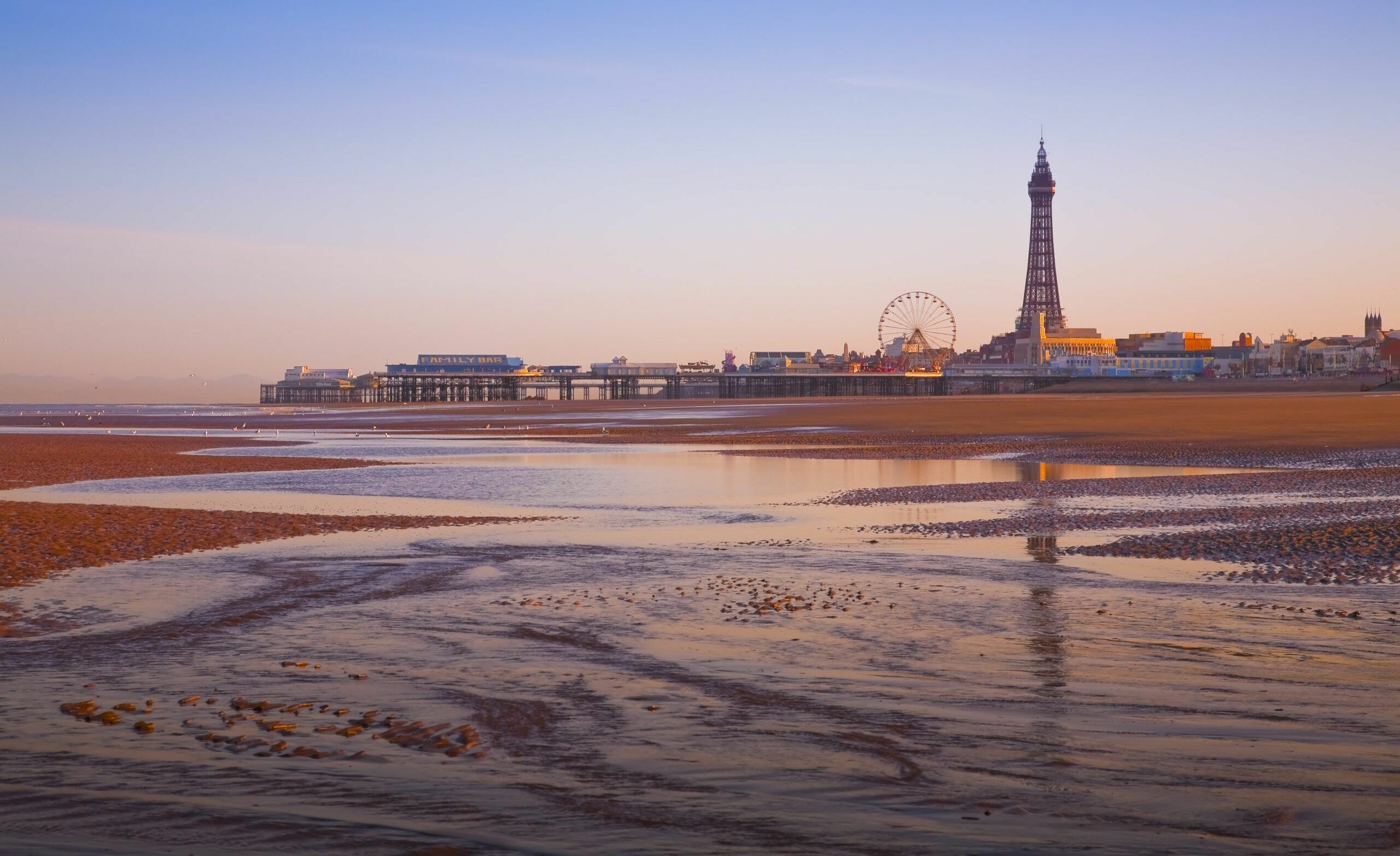 Whether you live local to Blackpool or travelling for a summer staycation, Here are 10 facts about the Weather in Blackpool.

FREE NEXT DAY TICKET – if it rains consecutively for more than 3 hours whilst you are at Pleasure Beach then you can come back the next day free of charge or half price for any Sunday.

Make sure you get a wristband from the ticket centre before you leave. See the Policy here: https://www.blackpoolpleasurebeach.com/rainy-day-return/

2. Blackpool Lights due to be upgraded⚡️

Due to damage from extremely windy conditions and salt sea spray, the lights will be upgraded and be even better.
Winds in November 2010, up to 100mph damaged the lights.

With the lights being 500 feet high they are vulnerable to strong wind and weather damage and there are plans to replace them again.
Further information on maintenance of the illuminations Click here

3. Blackpool gets better weather than the rest of Lancashire ☀️

Due to it being an urban heat island and on a flat plain, Blackpool has better weather than the rest of Lancashire which derives its weather from the Pennines and is colder and has more precipitation.

Also like most seaside towns, it has milder winters and a better climate than inland due to the thermal inertia of the Sea. : This is because the seawater is denser and takes longer to warm up and longer to cool down as opposed to air on land . The Sea air provides Blackpool with a milder climate

The BIG ONE being 72m high is the biggest roller coaster at Blackpool and for safety reasons, if there is too much wind and rain it will close.

However, the rest of Pleasure Beach will stay open even if it’s constantly raining.

5. It rarely snows in Blackpool ❄️

Like most seaside towns the influence of the sea on its climate results in very little snow, it just doesn’t get cold enough.

This is due to the sea air which does not vary in temperature as much as air on land due to the density of water being slower to warm and slower to cool.

This results in the town having milder seasons and less now than inland. The idea that the salt from the sea de-ices the snow is a bit of an urban myth. It does get cold enough to snow sometimes.

Not as much as Camber Sands ( up to 1km ) but the tide goes out as much as 600m in the Spring and usually 500m, be careful not to get caught out here as the tide moves quickly.

The moon’s gravitational pull generates a tidal force. The tidal force causes the earth and its water to bulge out on the side closest to the moon and the side furthered away from the moon, the bulges of water are known as high tide, when the water doesn’t bulge it’s known as low tide.

As the Earth rotates, your local coastline will pass through both of the bulges, equalling in two high tides and two low tides most days. This occurs worldwide.

That’s a lot of rain right through out the year , pretty much every other day – see further information on this here on Blackpool weather averages.

Thankfully as above #1 the Pleasure Beach has a Rainy Day Policy, allowing you to come back free the next day.

The Irish Sea is quite chilly to say the least but you can swim in the sea in late July, August and early September. Sea Temperatures are up to 18C in these months.

Any other time a wet suit is advised . Water sports such as kite surfing and wind surfing lend themselves to Blackpool as 63% of the winds are coming from the west, south west and northwest . Again wet suits are advised and be careful as the winds can be very strong.

As mentioned in fact 6, Blackpool tides go out to 500m, high and low tides are caused by the moon.

The Pink Moon appears when the moon is in its orbit the closes to earth. It appears 14 per cent larger and 30 per cent brighter . The distance at its nearest to earth is 357,539km whereas the normal distance is 384,400km from earth.

The Pink colour of the moon comes when the atmosphere contains clouds , dust and air pollution which changes the suns light which reflects of the moon when viewed from earth.

This Pink Supermoon could be seen in April 2021 in Blackpool. Stunning .

With the final lifting of lockdown restrictions, Blackpool has seen great hot weather in July.

Check out the Holiday Weather Blackpool 25-day forecast right into August here. Happy days are back in the iconic seaside resort.