The latest and today's weather in Faro , Portugal updated regularly

Faro, situated in Portugal's famed Algarve region, enjoys a fantastic Mediterranean climate with lots of sunshine and warm temperatures. Faro's weather has helped to make it the popular holiday destination it is today. The Algarve has the warmest average temperatures of anywhere in mainland Portugal, and is one of Europe's sunniest places with over 3000 sunshine hours per year. Faro's position right in the south of the country as well as its proximity to the temperate surrounding seas helps to ensure its mild winter weather. 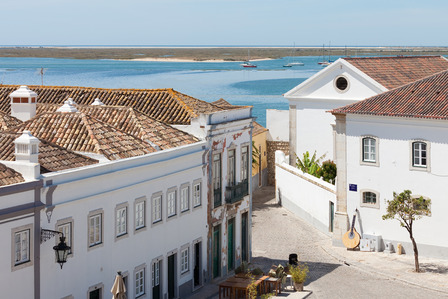 Summer is the time for sunshine in Faro. You can expect an average of 12 hours of sunshine at peak season and almost no rainfall. The hot, sunny summer weather begins in May, and it doesn't begin to cool until late September. Daytime temperatures rise into the low 20s in May though nights remain in the low teens. Average daytime temperatures hit 29°C in midsummer, and the temperature can easily tip into the 30s on a hot day.

However, as Faro lies on the coast there are cooling sea breezes, which bring welcome relief on the hottest days. In summer the temperature generally doesn't drop below the mid to high teens. Evenings remain warm at an average low of 18°C in July and August. The daytime temperature remains in the 20s right into October. Rainfall is very low in summer; July the driest month sees just 1mm of rainfall on average, and August just 4mm. June and September receive just 8mm and 14mm respectively. Showers might fall on a couple of days each month, but generally the weather is clear and dry. July has the lowest average humidity of the year with 60%, June and August both have 65%, while September sees humidity rise to 75%. As Faro is on the North Atlantic coast, water temperatures are not as high as those found in the Mediterranean. The water is warmest in August and September when it averages at 21°C. This is more than warm enough for comfortable swimming. The highest ever recorded temperature occurred on July 25, 2004 when temperatures rose to 44°C (111°F). 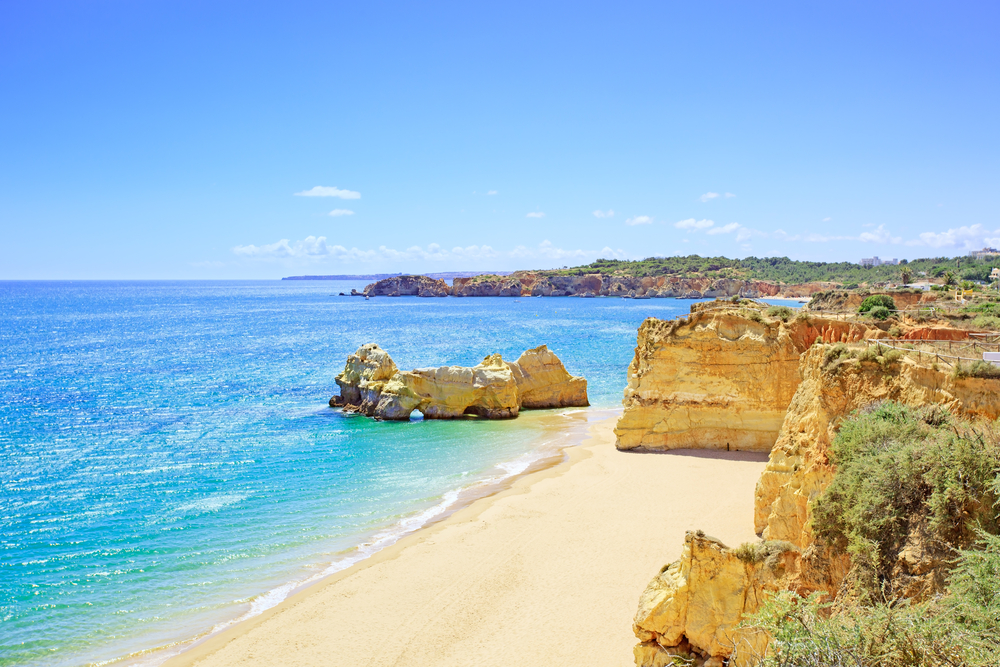 Autumn has more than its fair share of good weather, although rainfall does increase. This is a good time to visit if you want to miss the crowds, or enjoy an active holiday out of the extreme heat of the summer. Temperatures remain hot through September when daytime highs approaching 30 are not uncommon. October is still warm with days in the low 20s. November becomes a little milder, but daytime highs are still at an average of 19°C. At the end of September nights do become a bit cooler and by the end of November night-time lows can drop into single figures.

Rainfall builds from October as Faro's wet season approaches. October sees around 70mm of rain, while November gets an average of 86mm. As in winter, much of the rainfall is accounted for by short, heavy downpours. The humidity starts to rise in the autumn months with September averaging 75%, October and November average 80%, while December sees 85%. The average sea temperature in the autumn is still reasonable for a swim. September and October sees 23°C (73°F) and 21°C (70°F) respectively. While it lowers to a possibly bearable 20°C (68°F) in November. As winter approaches, December sees the sea water temperature drop to 18°C (64°F) which will feel rather cold. Autumn also experiences the lowest average wind speed of 7mph. 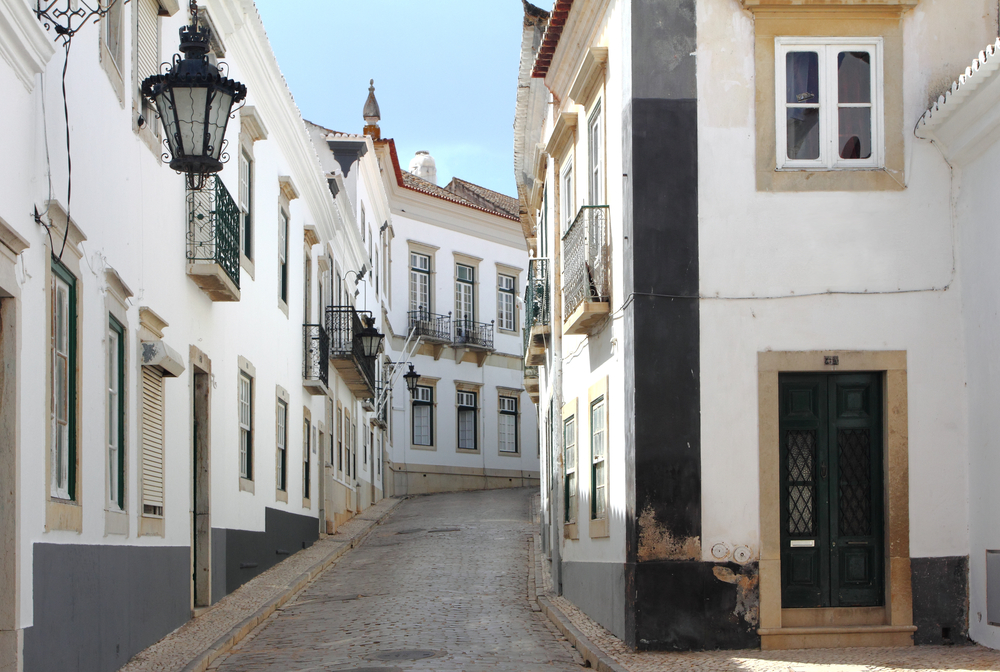 Winters in Faro are generally very mild. Daytime temperatures tend to get into the mid to high teens, and night time temperatures very rarely drop towards zero. January is usually the coldest month and sees an average high temperature of 16°C, and an average low of 8°C. Sunny winter days in Faro can be very pleasant, with temperatures rising up to the high teens, though you're unlike to find yourself sunbathing in a bikini without serious goose bumps. The good winter weather makes it a popular place for people looking to escape the harsher winters of northern Europe.

December is the wettest month in Faro with 94mm average rainfall. January and February see around 70-80mm. Generally, this rain falls in short heavy bursts so winter still sees a good amount of sunshine, averaging at five or six hours per day. London manages a beastly average of one hour per day in December, so don't be fooled by the low-sounding 'five or six'. Winter also sees the highest average humidity with 80% in November, January and February. December sees the highest average humidity at 85%. There can be occasional exceptionally unsettled weather when storms roll in of the Atlantic. This can mean gale force winds and heavy rains hit the city, but storms tend to be short-lived and sunny weather normally follows. 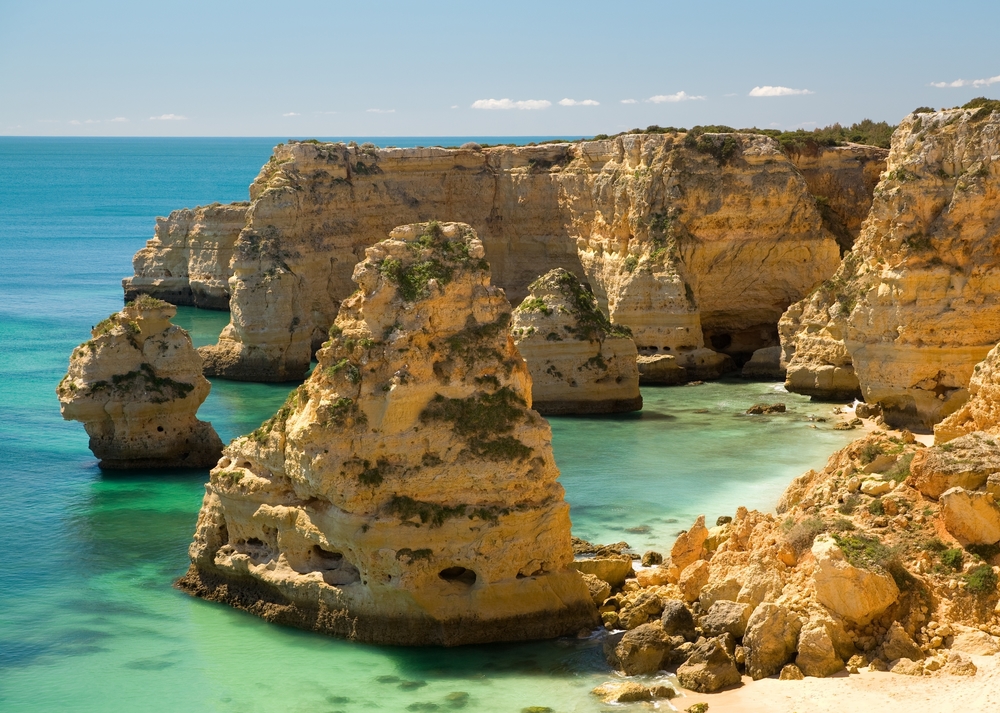 Spring is a very agreeable time in Faro with plenty of sunshine. Averages climb to 10°C in March, 13°C in April and 17°C in May. Night times remain cold, generally staying in single figures. What makes spring so pleasant is the abundant sunshine, which reaches an average of ten hours per day in May. Average rainfall is moderate in March and April at about 40mm. Showers fall on around eleven days each month but rarely linger. By May rainfall has dropped significantly and the hotter summer temperatures begin to arrive. The rise in temperatures also signal the fall in average humidity, March sees 75%, while April and May see 70% and June averages 65%. As spring starts to go into effect, the average sea temperature starts to increase. April stays at the previous three months constant temperature of 17°C (63°F). While May is the first month to warm up to 19°C (66°F), June sees a comfortable 21°C (70°F) sea temperature. This coincides with the average daily temperatures rising as summer approaches. Spring also sees the highest average wind speed of 10mph.

Faro, like anywhere else, can see weather that is out of the ordinary. For example, there was a rare and extreme cold snap in January 2006 that saw snow fall on beaches in the region. At the other extreme a heat wave in the summer 2004 saw forest fires hit the surrounding areas as the hot dry weather and sea breezes combined to make perfect conditions for flames to ignite.

Earthquakes are a known hazard in the Algarve region. Over the last six years (since 2008), there have been twenty registered earthquakes, mostly south of Algarve in the Atlantic Ocean. Only one registered above a 6.0 which may cause damage in populated areas. Seven registered a magnitude of under 3.0 which are usually not felt but can be recorded by seismograph. With only one earthquake in the last six years above 6.0 it is nothing to worry about, but rather something to be aware of. 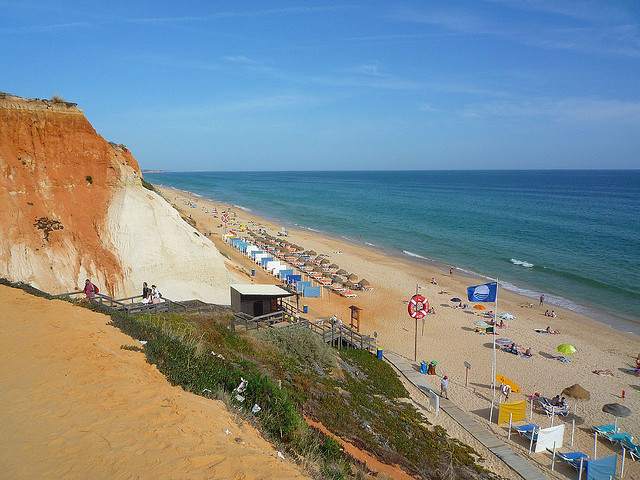