The latest and today's weather in Cannes , France updated regularly

Cannes is a beautiful city with a beautiful climate to match. It is home to a typical Mediterranean climate of long, sunny summers and shorter mild, rainy winters. When you hear the name Cannes you immediately think of the film festival. The glitz and glamour associated with Cannes is of the wine-sipping European genre and not the diamante-studded Hollywood type. It is one of the most famous cities on the French Riviera and home to luxury, expense and decadence. Its return guests are celebrities and the rich. Cannes is in the southeastern extremity of France, in the region of Provence-Alpes-Côte d'Azur. 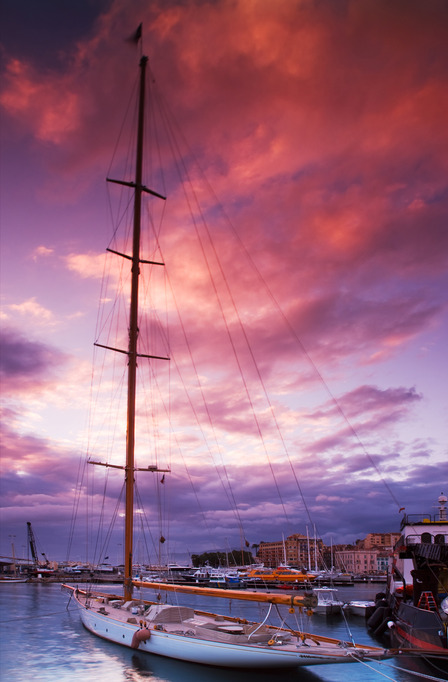 The summer season lasts from May right through until September, and during this period it basks sunshine which peaks in July at twelve hours per day. The temperature often reaches in excess of 35°C, occasionally hitting the 40°C mark. However, like many Mediterranean coastal cities, the sea breezes cools the coast come sundown, which keeps evenings refreshing and enjoyable. June sees an average high temperature of 23°C, before moving up to an average high of 26°C in July and August. Temperatures remain warm until late September, which can be a great time to visit as the peak tourist season has begun to die down. July is very dry but the rest of summer sees its fair share of showers. These are usually short and heavy or thunderstorms at the end of the season. Summer in Cannes is the peak tourist season which means that the prices skyrocket (to higher than normal!) and the city becomes packed full. Cannes Film Festival is held in May of every year, which sees the beginning of the price hikes and the influx of crowds. If you're not going for the festival then you may want to avoid the hundreds of people who are, but it could be great for a bit of celebrity spotting.

Winter is cool and wet. January is the coldest month with an average high of 11°C and an average low or 4°C. December and February are not much warmer. It can fall below freezing and blustery days can see temperatures not rising far above night time lows. The highest rainfall is seen in autumn but rainfall remains high, around 80 mm per month, throughout winter. Showers are frequent and not light. However, sunshine levels are fantastic for somewhere so close to dreary England with five hours on average per day.

The shoulder seasons are mild and can be great times to visit away from the crowds. Sunshine levels are fantastic and the average high temperature ranges between 14°C and 19°C depending on proximity to the summer. Both seasons are, however, susceptible to rapid and unpredictable change. You really have to come prepared for all conditions as you never know what it'll be like. Spring is brighter and drier than autumn. Autumn is the wettest time of year but the sea remains warm enough for swimming.