The latest and today's weather in Antigua , Antigua updated regularly

Antigua is a tropical island situated in the West Indies within the Leeward Islands, approximately 17° north of the equator where the Caribbean Sea meets the Atlantic Ocean.

Along with its neighbouring island Barbuda, Antigua forms half of a twin-island nation and is often referred to as "The Land of 365 Beaches" due to the staggering number of sandy bays found along its coast.

As well as being less humid, Antigua is also drier than most of the other Caribbean islands. The island averages only 1,140mm of rainfall each year, with precipitation most likely around August 5th when it falls on 61% of days, whilst precipitation is least likely around March 31st, when it only falls on 46% of days. Moderate rain is the most common form of precipitation, observed during 59% of days which see rainfall, followed by light rain seen on 29% of days, thunderstorms on 9% and heavy rain on 2%. The majority of Antigua's annual precipitation falls during October, when the island experiences an average of 132mm/5 inches of rainfall over the course of 16 wet days.

Antigua is a great place to relax and soak up the laid back Caribbean lifestyle. The trade winds mean that it is a great location for sailing and other wind-based water sports, such as windsurfing, and the surrounding crystal clear water provides great visibility for diving and snorkelling. The average sea temperature for the island hardly changes throughout the year at all, ranging from lows of 27°C to highs of 29°C.

Antigua has one of the most envied climates in the West Indies, with relatively low humidity; lower than average rainfall, hours and hours of interrupted sunshine all combined with its idyllic location in the path of the local trade winds means that Antigua is a year-round holiday destination. 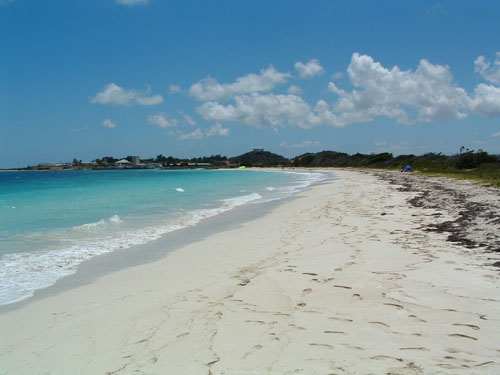 The months between June and October are classed as the hot season for Antigua and are when the island experiences its highest temperatures, although they're only a few degrees higher than the coldest temperatures, alongside a decrease in average precipitation.

The months from June to November form the hurricane season, so be very careful if you're looking to holiday on the island at this time of year. Although the average wind speeds during this season can be anywhere between 17 km/h and 26 km/h, in recent years, wind speeds of up to 94 km/h have been recorded. 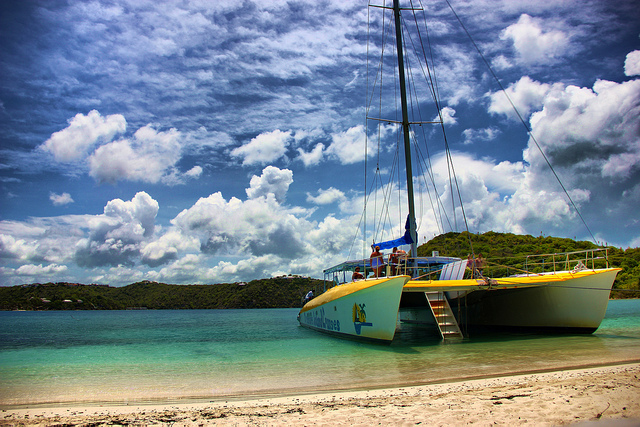 Antigua has been severely affected by regular hurricanes for decades. One of the most recent ones is Hurricane Omar which tore across the Caribbean Sea in 2008 and destroyed nine homes, damaged many others and flooded various farms, causing $54million in damages.

The most recent hurricane to hit Antigua was Hurricane Gonzalo which was a powerful Atlantic Hurricane that affected Antigua, as well as Bermuda, the Lesser Antilles and even the UK in October 2014. The hurricane was formed on October 12th from a tropical wave in the east of the Caribbean Sea and passed through Antigua and the other Leeward Islands where it developed. During its passing through Antigua, Hurricane Gonzalo damaged trees and homes alone, whilst dozens of boats were destroyed and one person lost their life in St Martin.