This week is set to see some unseasonably warm weather for parts of the UK – with temperatures expected to climb to the low to mid-20s Celsius in the south on Tuesday and Wednesday. 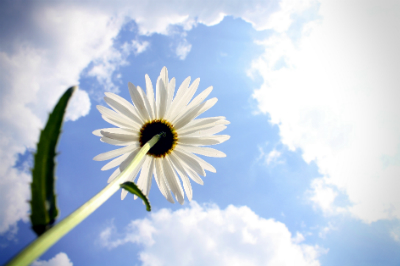 Warm air flowing up from the south west will combine with high pressure, bringing settled conditions and sunny spells for many.

Warmest days of the year so far

This week’s above average temperatures follow on from a similar spell last week, which saw temperatures top out at 21.9C at St James’s Park in London on Friday.

This was the ‘warmest day of the year so far’, but it looks like Tuesday and Wednesday will top that – which is to be expected as we head through spring and edge closer to the start of summer.

Unfortunately, the weather we get in April doesn’t necessarily tell us anything about the kind of summer we can expect. We’re still in the midst of spring, so it’s far too early to say what the months of June, July and August may hold.

That hasn’t stopped speculation about heatwaves, the warmest summer ever and record temperatures in the media. Some stories cite our three month outlook for contingency planners as proof of the impending heatwave, but this is in no way an accurate reflection of what it shows.

The outlook shows probabilities attached to different scenarios for temperature and rainfall over the whole three-month period it covers. This is useful for those who use probabilities to plan ahead on longer-timescales, but not very useful for deciding where and when to go on your UK summer holiday, for example.

What does the longer outlook show?

This just reinforces the point that the contingency planners outlook doesn’t tell us what specific weather we are going to see at a specific location. For information on the weather ahead check out the  Met Office’s 5-day weather forecast supplemented with our 30-day outlook.

By keeping up to date with the latest forecast, you’ll always have the most up-to-date and accurate view of the weather in store for the UK.

Can Warm Weather Prevent The Spread of Coronavirus?