Malta is a unique destination surrounded by aquamarine waters and an exquisite scenic backdrop. An abundance of history, culture and fiesta is waiting to be uncovered. With a 3-hour flight time, you wouldn’t want to miss out.
Ozel Rowland discovers the magic of Malta 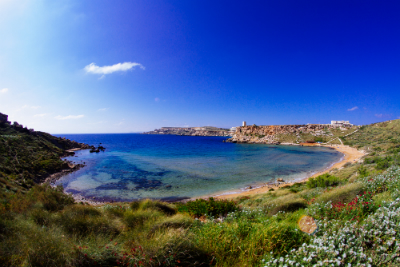 Measuring only 27km by 14km the tiny island of Malta plays host to more than 7000 years of history and is home to some of the world’s most impressive prehistoric temples, sandy beaches and magnificent architecture. With such a concentration of history and culture, not to mention its year-round balmy weather, it is the ideal location for those looking for a quick break with something extra. 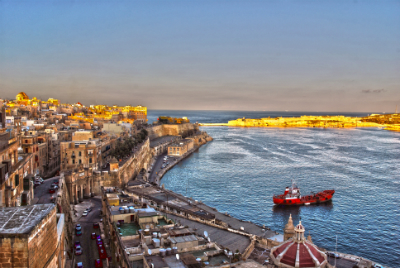 A visit to Malta’s capital of Valleta, otherwise known as ‘the fortress city’ for its imposing fortifications is a must. Built in the sixteenth and seventeenth centuries by the Knights Hospitaller, it is at the heart of Malta’s rich cultural heritage and was listed as a UNESCO World Heritage site in 1980. Valleta is renowned for its mesmerising collection of elegant Baroque architecture and a walk through the small city will allow you to familiarise yourself with its distinctive limestone townhouses, which boast colourful wooden enclosed balconies – perfect photo opportunity. What’s more, its narrow streets are peppered with historical sites, fascinating votive statues and towering military forts, which reflect the city’s past significance during times of war.

In more recent years the city has seen the development of cutting edge architectural additions in the form of a new city gate, parliament building and an open-air theatre by Renzo Piano who is known to have designed The Shard in London and the Times Tower in New York. 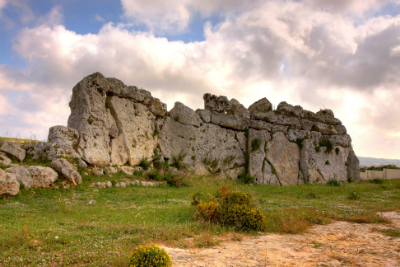 Elsewhere, in the village of Mellieha in the sister island of Gozo stand the Temples of Ggantija, a Neolithic megalithic structure which dates as far back as 3,600BC. Gozo can easily be reached via a water taxi and has many other historical monuments, including the Parish Church of Malta and restored shelters from World War II.

In Valleta key historic sights to see include the St John Co-Cathedral, which was built during the development of the city between 1573 and 1578. A step inside will see you marvel at its grand glittering gold interior which epitomises the marvellous Baroque façade of the Renaissance. Intricate carvings and magnificent frescoes overlooking your visit will leave you in awe.

If you’re in search of art, then you’re in the right place – Valleta is celebrated for its artistic heritage. A selection of some of Europe’s finest art works can be found at St James’ Cavalier, a 16th century fort that was transformed in a contemporary arts centre in 2000.

Other highlights include the National Museum of Archaeology, the Grand Master’s Palace and former home to the Knights Hospitallers, the recently restored Fort St Elmo and the Barrakka Gardens.

Malta’s nightlife scene is steadily growing into fruition with party-goers setting out to its many club resorts. The Gianpula Complex, which is essentially a compound of nightclubs, is a hotspot for clubbers and is located just outside the former capital of Rabat.

For a sophisticated night out head for Valleta’s Strait Street, a former social hub known as ‘The Gut’ for American and British sailors and servicemen during the nineteenth century. After a brief respite, Strait Street’s reputation is beginning to gain new life again with the emergence of excellent restaurants, bars and music venues.

When it comes to food, visitors are encouraged to follow their noses to discover Malta’s delicious cuisine. Perhaps what helps most in this scenario is the useful fact that restaurants can be found on almost every side street – allowing you to experience authentic fare at affordable prices. Nenu The Artisan Baker in Valleta is a favourite for traditional Maltese dishes and baked bread. 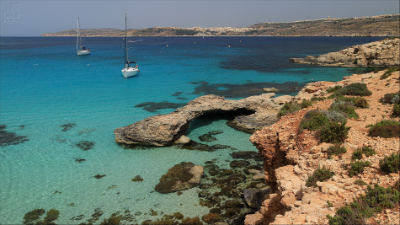 Some of Malta’s best beaches can be found along the north-western coast.  Ghajn Tuffieha beach located next to Manikata village and Golden Bay are among the country’s most popular beaches, loved for their idyllic surroundings. Meanwhile, the Blue Lagoon in the neighbouring island of Comino is another perfect spot to enjoy glistening white sands, clear blue waters and the view of gentle sloping cliffs. For a more secluded experience, head to Wied il-Għasri, a small shingle beach nestled between the rocky valleys of Gozo, which is a favourite for snorkelling and diving. Or you can opt to discover Malta’s mythical heritage by taking a stroll through the Calypso Cave situated along Ramla Bay beach. As Homer’s epic legend goes, the love-struck nymph Calypso lured Odysseus into captivity as her ‘prisoner of love’ for seven years.

Malta is renowned for its huge host of festivals and fiestas throughout the year which makes it a great place to visit if you’re seeking a good time.

The crowds of summer may have melted away but the city is still thriving with activities and things to do right now. Events include the European Film Festival, The National Book Festival 2014 as well as the Mediterranea Festival in Gozo. A full list of events can be found here.

If sand and sunshine is what you’re after then the best time to visit this Mediterranean jewel is between the months of May and September.  During peak season the average temperature is around 27˚C while the sea remains at an average temperature all year round, making it the perfect destination for water sport activities. Mellieħa Bay, Malta’s largest beach is first choice when it comes to water sports and is surrounded by bars and restaurants to get your fill after an afternoon of sailing the shores.