The latest and today's weather in Dalaman , Turkey updated regularly

Located on one of Turkey's most southern points; Dalaman takes pleasure in a Mediterranean climate with warm summers filled with sunshine and mild winters. Whether they want to undertake attendance of the available water sports or purely swim in the sunlit ocean, the mild turquoise waters of the Mediterranean Sea draw in holiday makers from all over Europe all year round. Alike the majority of the Lycian coast; Dalaman benefits from an average of 320 days of constant sunshine per year. Throughout the summer months the Lycian, or otherwise known as the Turquoise coast averages from around twelve to thirteen hours of sunshine per day and during July and August temperatures commonly peak to 35ºC. Nearby towns such as Dalyan, Marmaris and Fethiye also enjoy unlimited hours of sunshine and rainfall is virtually non-existent throughout June until September. Because of this renowned factor, many holiday makers are drawn to the Dalaman region year after year for the enjoyable climate and warm, crystal clear waters.

The Dalaman region is known for its pleasingly hot, white sanded beaches with various resorts such as Icmeler, Ovacik and Turunc. Olu Deniz is one of the Mediterranean's most beautiful beaches and many holiday makers can be found lazing around, hastily achieving a golden tan. The average climates throughout Dalaman are relatively constant for the seven continuous summer months, and even though Turkey has dissimilar areas such as the snowy mountains and green valleys, the region of Dalaman is constantly baking in warm everlasting sunlight. The air and sea temperatures throughout the Lycian shoreline are at a year round perfect temperature that are ideal for water leisure such as snorkelling, diving and of course sun bathing. 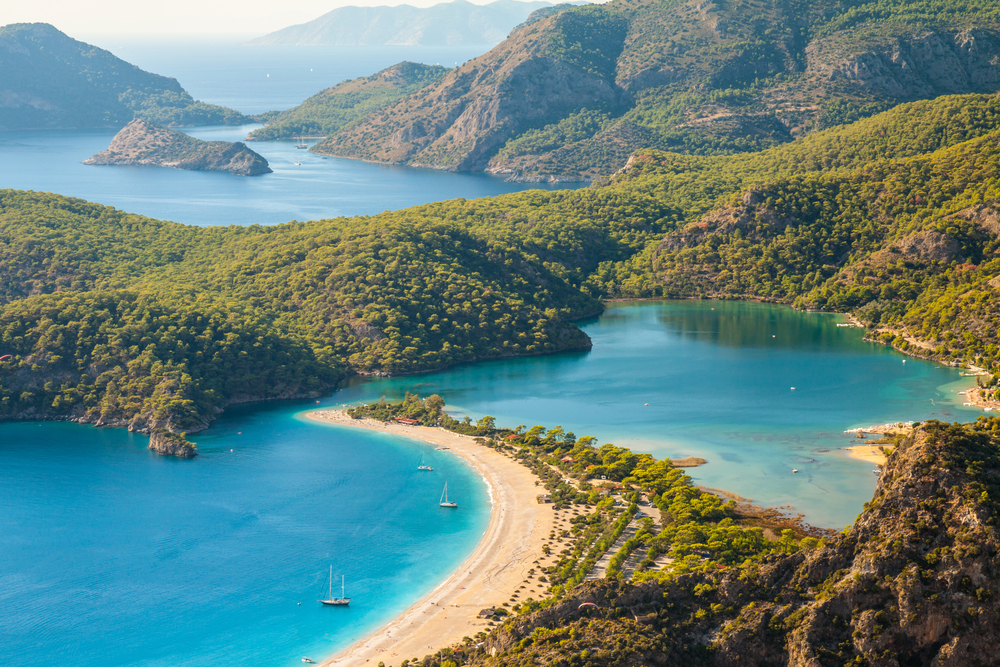 The Oludeniz coast from above.

If you're a beach lover in search of hot, and on occasions blistering hot climates, it is recommended to vacation to the Dalaman region throughout the summer months. From the months of June through August the average temperatures in Dalaman ranges from 14ºC (57°F) to 26ºC (79°F), while July and August guarantee to supply the hottest temperatures of the year with average highs of 31°C (88°F). June sees an average rainfall of 11mm (4 days), July sees 4mm (7 days) and August sees 5mm (7 days). You can expect average sunshine hours of 14 in June and July, while August sees 13 hours. Some people tend to find the typical climates of August a little too hot, however the soothing breeze from the Mediterranean Ocean will assure to help lower the scorching temperatures. The average sea temperature is the highest of the year in the summer with June seeing 23°C (73°F), July a bit warmer at 25°C (77°F) and August at the warmest of the year with 26°C (79°F).

Visiting Dalaman in the autumn will ensure you enjoy everything the region has to offer and also ensure you avoid the summer crowds. Autumn sees average temperatures of 23°C (73°F) in September, 19°C (66°F) in October and 14°C (57°F) in November. The average rainfall is still quite low with September receiving the small amount of 24mm (4 days), October seeing 80mm (6 days) and November signalling the start of the rainy season with 139mm (9 days). The sea is still prime for swimming in autumn with an average sea temperature of 25°C (77°F) in September, which is the second highest of the year. October sees the average sea temperature drop to 23°C (73°F), while November sees it lower further to 21°C (70°F). 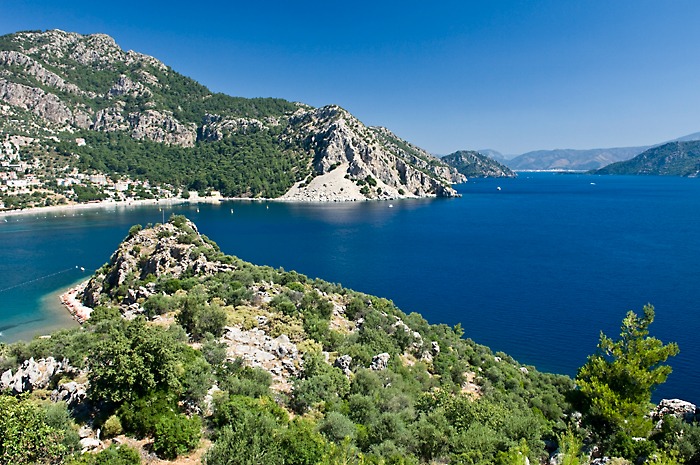 This can also be an ideal time to visit the area of Dalaman as the sun averages 8 hours of sunshine throughout the winter. This is also the perfect time to escape the chilly climates typical to a winter in the UK. The average temperature for Dalaman in the winter ranges from 12°C (54°F) in December to 10°C (50°F) in January and February. Rainfall is the worst during the winter season in Dalaman. December sees on average 233mm (14 days) of rainfall, January sees 216mm (14 days) and February sees 160mm (12 days) of rainfall. The average sea temperature lowers to 18°C (64°F) in December, 17°C (63°F) in January and 16°C (61°F) in February. 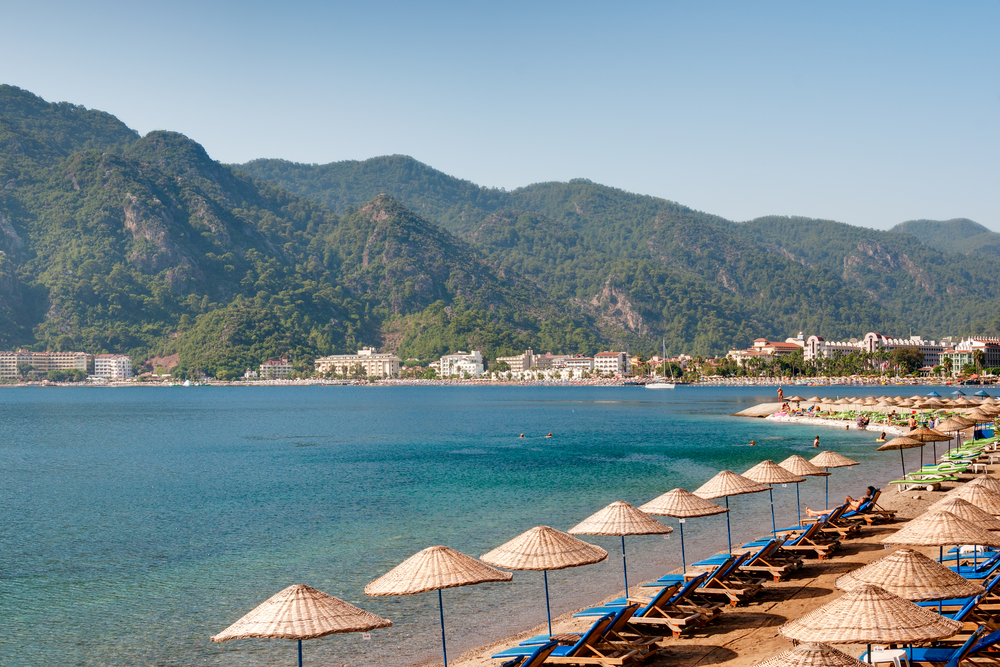 The spring might be the best time to visit Dalaman and the surrounding region as temperatures begin to warm and the crowds have yet to arrive. The average temperatures slowly begin to climb as March sees it at 12°C (54°F), April sees it at 14°C (57°F) and May 19°C (66°F). The average sunshine hours start to climb with March experiencing 10, April 11, and May 13. Spring also signals the end of the rainy season with March seeing on average 96mm (10 days), April halving that amount with 46mm (8 days) and May receiving a small 26mm (5 days) of rainfall. The average sea temperature also begins to warm as March experiences 16°C (61°F), April 17°C (63°F) and May sees 20°C (68°).