Marsa Alam Weather for May 2019

What's the weather like in Marsa Alam in in May

May is a pleasant time to visit Marsa Alam, when the chance of rainfall is practically non-existent. During the day, high temperatures of around 32°C are common, cooling down to no less than 23°C after the sun sets. Both the average high and low temperatures increase significantly in the course of the month, each by 4 degrees. By the end of the month, the afternoon high temperature reaches a hot 34°C. The overall average temperature in May is 28°C, which makes it the fifth warmest month of the year after the following four summer months. The sea temperature, too, keeps on increasing and now averages 26°C, a two-degree increase since April, but still 4 degrees below the annual maximum of 30°C that is recorded in August. This is an ideal temperature for swimming in the Red Sea.

Cloud cover is never high in Marsa Alam, but it is particularly low in May. This is the second clearest month of the year after June. Cloud cover decreases from 15% in the beginning of the month to merely 8% toward the end. This means that the sky is clear or mostly clear throughout the month and is never overcast or even partly cloudy. Clear blue skies are pretty much guaranteed.

The gradual lengthening of the days in the course of the month also allows for a bit more sunshine. May 1 is the shortest day with 13.07 daylight hours. May 31 is the longest day with 13.38 hours of daylight.

These two previous conditions result in an abundance of sunshine in Marsa Alam in May. There are 13 sunshine hours per day on average, which is the annual maximum. The same number is also recorded in June, July and August. With 13 hours of sunshine and days that are only slightly longer than 13 hours, it can be concluded that the days in May are gloriously sunny.

Just like any other month, May is virtually rain-free in the resort. Statistics show that there is only one day on which precipitation occurs, but that the total amount of rainfall doesn't exceed 1mm. Marsa Alam is surrounded by desert and this is absolutely reflected in the amount of rainfall. It is an extremely dry and sunny place and a great beach destination all-year round.

Hotels in Marsa Alam in May

When it comes to accommodation, Resta Reef Resort is fantastic for both families and couples. Situated on the coast of the Red Sea, this complex offers a range of rooms and suites, with something to suit all budgets, pockets and styles. An all-inclusive hideaway resort, the Resta Reef Resort is set amid lush gardens, beautiful swimming pools and peaceful waterways. It is located right at the beach in Marsa Alam and conveniently close to some world-class dive sites. Facilities are plentiful and include a dive centre, an Italian and international restaurant, pool as well as beach bars, two outdoor swimming pools, a playground and children's club, a variety of shops and two tennis courts.

Beaches in Marsa Alam in May

Make the most of the fantastic weather by spending an afternoon at Sharm El Luli. This picture-perfect beach is one of the most popular attractions in the area. Don't forget to bring your snorkelling gearhe clear waters of Sharm El Luli are ideal for spotting a diverse and colourful array of marine life and corals. The sea water temperature is currently around 26°C, so ideal for swimming, diving and snorkelling.

The restaurants at Lahami Bay Beach Resort & Gardens offer a fine variety of food options. There are few restaurants on the premises, but the main one is The Seven Seas. This is where you can go for elaborate breakfast buffets and themed dinnersood from all over the world is served. The resort's Berenice Restaurants serves delightful Mediterranean cuisine, while the Sail Away Bar offers casual dining in a seaside setting. After dinner drinks can be had at Ocean Blue Bar.

Things to do in Marsa Alam in May

Combine a diving trip and swimming with dolphins with an excursion to the Dolphin House Reef. Dolphin sightings are not guaranteed, but there is a pretty good chance that you will get to swim with these beautiful creatures. The Dolphin House Reef is officially known as the Samadai Reef, but gets its nickname from the pod of about sixty dolphins that calls the reef home. Up to a hundred additional dolphins visit the reef on a regular basis, making it one of the most important dolphins habitats in the Red Seand possibly even in the world. This reef is one of the most popular tourist attractions in the resort, located only eleven kilometres from its beaches. You can visit this spectacular marine highlight on boat tours. In addition to dolphins, you may also spot other marine wildlife such as rays, turtles, clownfish and sharks. 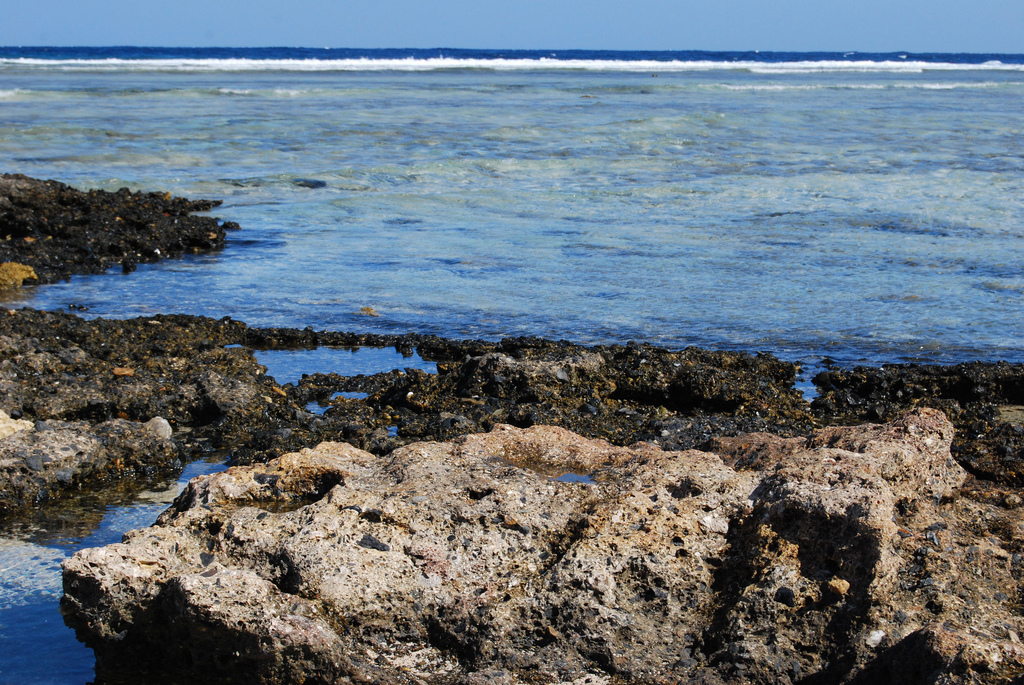