What's the weather like in Marsa Alam in April

April is a shoulder month in Marsa Alam; a month in which the transition between the relatively cool winter months and the hot summer months takes place. That being said, the average temperature in April is a very comfortably 25°C, a temperature that would be the annual maximum in many places around the world. Here, however, it is just an average temperature, not even coming close to the scorching hot temperatures that are about to hit the resort in the following months. In April, the mercury climbs to a warm 30°C in the afternoons and drops to 20°C during the nights. This makes it the sixth warmest month of the year. Both the average highs and lows tend to increase by about 3 to 4 degrees in the course of the month. The sea temperature now averages 24°C, a one-degree increase since the annual 'low' of 23°C that was recorded in January, February and March. Although the sea is comfortably warm around the year, it isn't always ideal for diving. In April, however, the diving season kicks off as the wind speeds have decreased and the water has calmed down.

The days lengthen in the course of the month. April 1 is the shortest day of the month with 12.25 hours of daylight; April 30 is the longest day with 13.06 daylight hours. There is an average of 11 sunshine hours per day. With this knowledge, it can be concluded that any day in April is extremely sunny.

The amount of cloud cover plays a huge part in this. The percentage of cloud cover ranges between 17 and 23 throughout the month, which means that the skies in April are either clear or mostly clear. They are never partly cloudy or overcast.

Low cloud cover is the main reason for the total absence of rainfall during the monthnd in the entire year, for that matter. The total amount of precipitation in April is 1mm, essentially zero. And indeed, there isn't a single day with rainfall in the whole month. Marsa Alam is an extremely dry and warm, not to say hot, destination. Luckily, you can seek refuge in the comfortable waters of the Red Sea.

Hotels in Marsa Alam in April

Located a few minutes away from the beach is the Deep South Eco-Lodge and Dive Club, which offers a simple type of accommodation in the form and shape of African huts. The huts have public restroom facilities and you need to bring your own towels and toiletries. Bungalows or chalets with private bath and toilet are for rent at a slightly higher rate. The huts are located about fourteen kilometres south of Marsa Alam in the bay of Um Tondoba. The bay offers easy access to the beach and waters and is a popular spot among divers, swimmers and snorkellers. The Deep South Eco-Lodge has its very own dive shop, offering dive lessons, boat tours and excursions. Excursions may also include jeep excursions to secluded dive sites. A wonderful place to stay for a diving holiday! 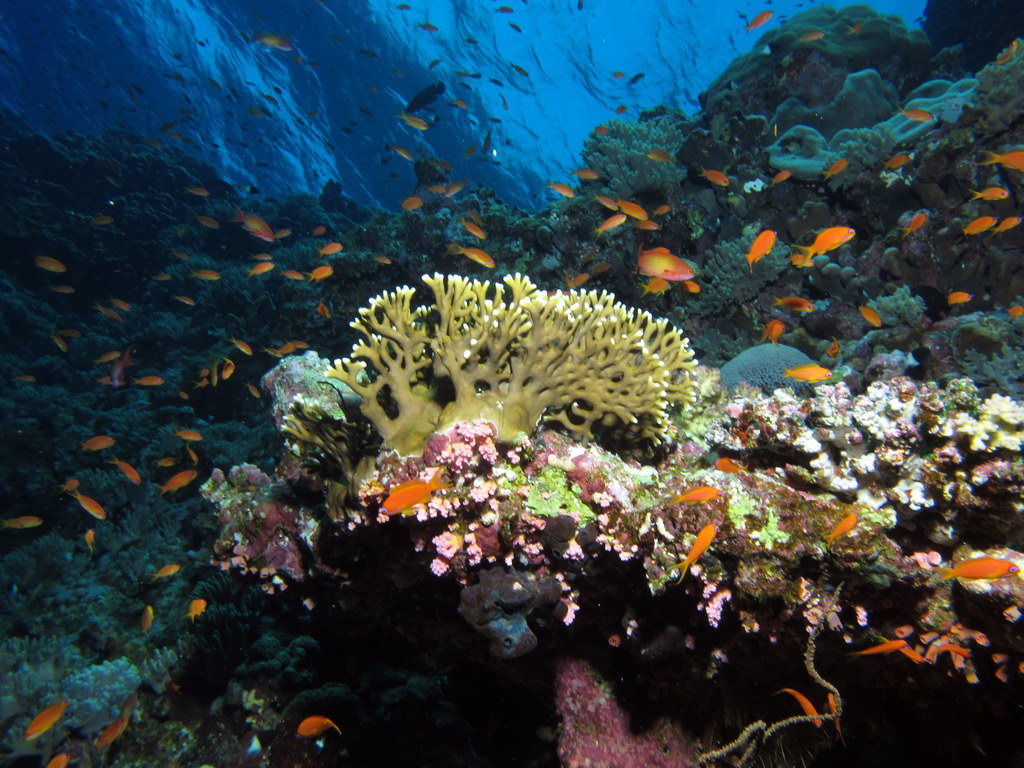 Beaches in Marsa Alam in April

The weather is brilliant all-year round and, in April as well, you will have to slop on many layers of sun cream if you want to spend some time on the beaches around Marsa Alam. And there are plenty of beaches! Almost every luxury resort on the Red Sea coast has its own private stretch of beach. Popular public beaches in the region are Sharm El Luli and Abu Dabbab Bay, respectively famous for its shallow waters and flat sand beach, and the possibility to swim with dugongs.

The Red Island Pub in Port Ghalib is a wonderful place to spend the evening after a long and activity-filled day in or around the Red Sea. This is a popular place among tourists and locals alike. There are barbecues, live music, free Wi-Fi and superb food. People who visit the Red Island Pub tend to rave about their experience afterwards.

Things to do in Marsa Alam in April

Finally, diving season is here! It is recommended that you go diving in Marsa Alam between the months of April and October when the seas are calmer or the current is not as strong as during winter. Any diver who's ever been to Marsa Alam would always recommend the Elphinstone Reef as a must-try diving site. Elphinstone Reef is located fifty kilometres to the northeast of Marsa Alam and ten kilometres from the shore. The reef is popular because of possible encounters with ocean tip sharks, barracudas, hammerhead and tiger sharks, manta rays, octopus and several other species of fish.

Another great diving site in Marsa Alam is Um Tondoba Bay (see the accommodation above) where you might see dugongs, sting rays, turtles and guitarfish. This bay is located about fourteen kilometers to the south of Marsa Alam. Marsa Alam provides a quiet and restful commune with nature. Unlike other tourist spots in Egypt, Marsa Alam is not as crowded and modernized or commercialized.  The beaches are virtually untouched, the people are friendly and the food is still cheap.  For a few pounds, you get a lot in exchange from Marsa Alam.